She didn't even know her brother existed until she was in her teens and now, thanks to people around the country, their family is reunited for the very first time.

Henderson had never met her younger adopted brother. She didn't even know he existed until she was in her teens.

After months of searching and research with no luck, Henderson turned to social media, asking people for help.

"I only knew that he was born in Tennessee so I started joining Facebook groups in Tennessee, specifically in cities near Memphis," she said.

In her post, Henderson said that she was searching for her birth brother Daniel, saying that her brother was taken by Tennessee's Department of Children’s Services in 1993 and placed up for adoption. Immediately she got thousands of shares.

Then an angel in uniform stepped in. A retired lieutenant from the Shelby County Sheriff's Office in Tennessee got word of Henderson's story and reached out to help.

"I got a lot of good training on how to track people and find people, so I used some of those skills and instead of doing it in a negative sense, I was like, hey, let's use this in a positive sense," Kevin Helms said. 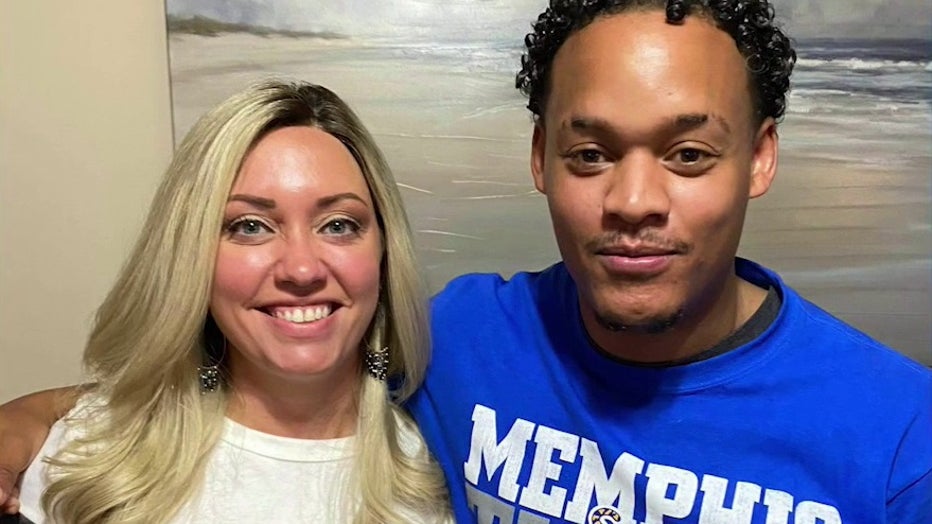 The 27-year-old Nashville resident was at work when he got a message from a woman claiming to be his sister.

"I thought it was a friend of mine trying to prank me and I was like 'I don't have time for it right not but I'll play the game later that night," Williams said.

But it was no game.

Later that night, the two talked for hours, making up for years of lost time. Then Mike drove to Georgia to meet his family for the very first time.

"You can be a phone call away that could change your whole life story, mentality and everything," Williams said. "A lot of people are used to getting bad news, this was a situation where it was a Christmas present and Thanksgiving present all rolled up in one."