MENOMONEE FALLS -- The Menomonee Falls Police Department is investigating two related retail thefts that occurred at the Walgreens and the CVS Pharmacy -- both on Appleton Ave. on Friday, May 31.

Officials say around 1:30 a.m., the suspect exited Walgreens with a 64 oz. jug of Tide laundry detergent and a Pet Shoppe-brand dog bed without making an attempt to pay for the items. The total loss is roughly $28. 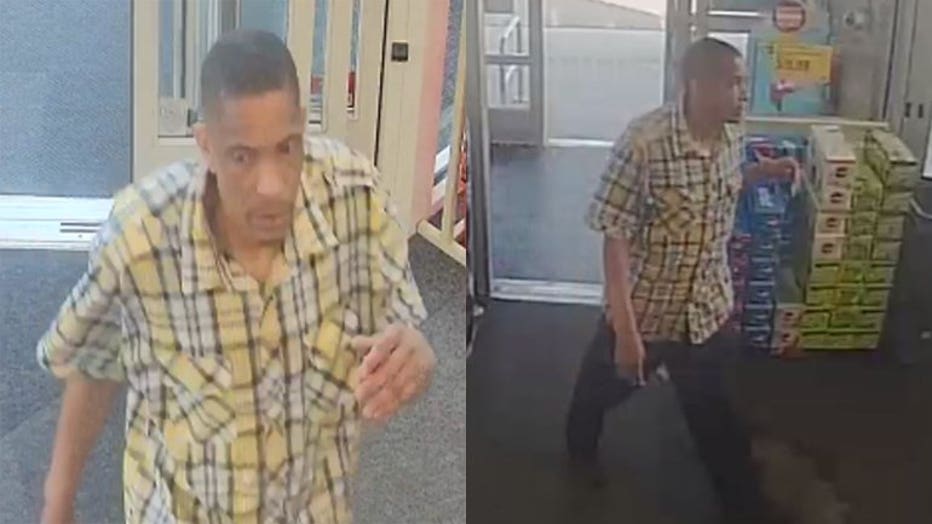 Investigators say the same suspect then immediately went to the CVS Pharmacy and exited the store at 11:37 a.m. with 15 sticks of Dove and Degree deodorant without making an attempt to pay for those items. The total loss was just shy of $105.

Officials say the suspect was wearing a yellow and black plaid T-shirt, black pants, and black shoes. He entered a 2007 gray Nissan Versa with Wisconsin license 926-LTX -- and was last seen driving south on Appleton Ave.

If you recognize the man in the pictures, you are urged to contact the Menomonee Falls Police Department. To make an anonymous tip, contact Waukesha County Crime Stoppers by calling 1-888-441-5505.