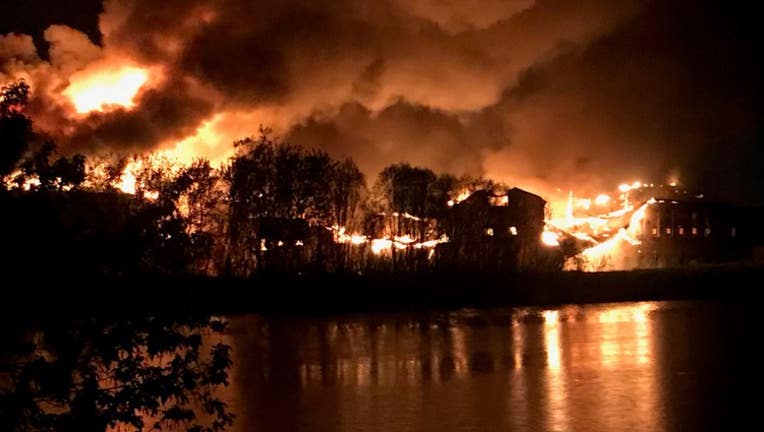 MENASHA, Wis. - A shuttered paper mill with a history dating back to 1882 has been decimated by fire in Menasha.

Firefighters remained on the scene of the fire at the Whiting Mill Monday morning. Neenah-Menasha Fire Rescue posted on Facebook that the massive fire that started Sunday was under control.

"Another great loss to Menasha history, the Whiting Mill is up in flames," Menasha Mayor Don Merkes said in a Facebook post. "NM Fire is on scene protecting neighboring properties."

The paper mill near the base of the Fox Cities Trestle Trail closed in 2016 after a 134-year history. The mill was known as the George A. Whiting Paper Co.

The Milwaukee Police Department is asking for the public’s help in locating a critical missing woman.

Fatal stabbing near 25th and Becher in Milwaukee, 1 in custody

Milwaukee police are investigating a fatal stabbing that occurred on Sunday, May 2 near 26th and Becher.

The organizers of a blood drive in Mequon are celebrating another successful year, with nearly 3,000 people impacted by the blood collected.​