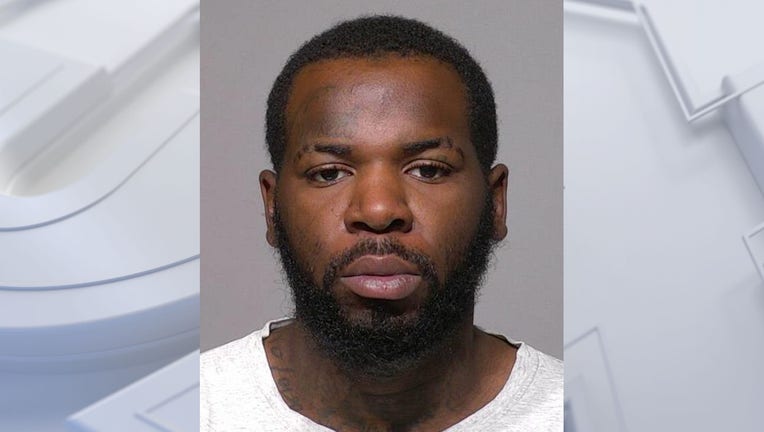 MILWAUKEE - Devon Armour of Menasha was sentenced to 14 years in prison and another ten years of extended supervision on Friday, Feb. 11 for his role in the death of a 3-year-old boy in Milwaukee last May.

Armour, now 27, pleaded guilty in November to two amended charges associated this case – including second-degree reckless homicide and possession of a firearm by a felon.

Two other felony bail jumping charges against Armour were dismissed and read into the court record for the purposes of sentencing.

The 3-year-old, C’ire Walker, was at an aunt’s house near 32nd and Michigan Avenue on May 8 when an uncle and a cousin, Armour, arrived at the home shortly before 10 p.m. The two men were in town to attend a funeral earlier in the day and drove to the house to visit with family.

According to the criminal complaint, C’ire and his 12-year-old brother were making egg sandwiches in the kitchen with their mother, Armour’s cousin; C’ire was seated at the table. The boy's mother said she went outside to throw away some trash when she heard a bang. When she went back inside the house, the other man – her brother – stopped her from entering the kitchen as he didn’t want her to see what happened, according to court filings. The woman then said she saw Armour run out of the kitchen and took off from the home.

Responding police officers started performing CPR until firefighters arrived and took over. However, C’ire was pronounced dead at the scene.

Walker’s 12-year-old brother told police he was cooking at the stove when he saw his brother, C’ire, reach for something on the kitchen table, heard a bang, and saw his brother fall to the floor.

The young boy’s uncle said he was in the bathroom when the gunshot went off, according to the criminal complaint, and when he went into the kitchen he saw Armour "holding his head in his hands" saying, "(Expletive), what do I do?"

The uncle of the boys, who had arrived with Armour, told police he later realized that Armour had driven off in his car. While being interviewed by police the man’s mother called him asking what happened as Armour had called her saying he was "sorry" and that he’s "wanted for murder."

A 14-year-old boy in the home at the time of the shooting told police after hearing the gunshot – which caused him to duck as he thought it came from outside – others in the home began screaming. When he ran into the kitchen, he saw his young cousin’s body on the floor with a handgun beside him. In an interview with police, the young teenager became emotional and blamed himself for not watching out for the little boy.

During an interview with police, Armour initially denied owning or bringing a gun to the home. However, Armour later admitted to purchasing the gun, a Ruger EC9s 9mm semi-automatic handgun, with a laser sight four days prior to the shooting. Court filings say Armour drove off in his relative’s car and put the gun in the trunk, where it was later recovered by police.

Police are investigating a shooting that left a teenager injured near 31st and Wells around 3:30 a.m. Monday, Feb. 14.

Fire crews were called to a home near Broadway and Racine in the City of Waukesha Sunday evening after a passerby noticed flames.

Kevin Hart is coming to Milwaukee! His Reality Check Tour is set to make a stop at Fiserv Forum on Sunday, Aug. 28.