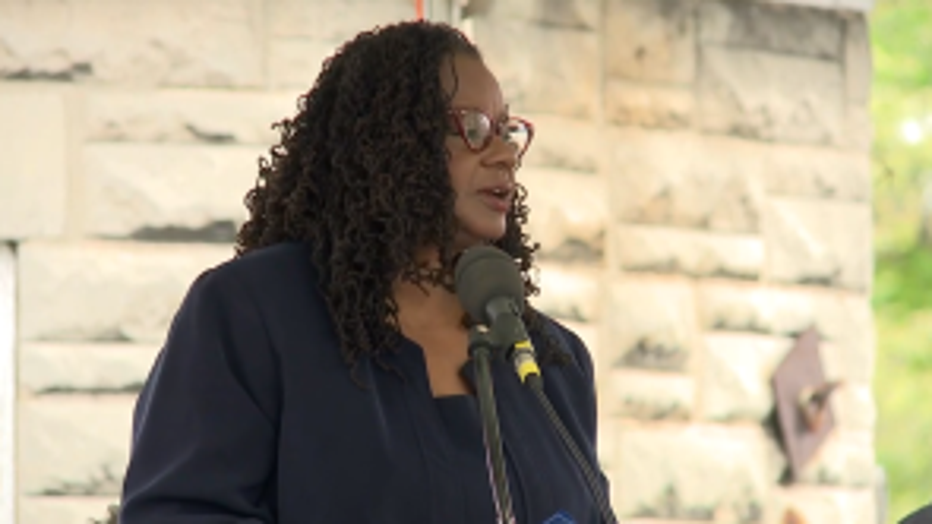 MILWAUKEE -- On Monday, May 27, a large crowd gathered at Wood National Cemetery to honor the fallen. The community was invited to a Memorial Day ceremony hosted by the Milwaukee VA Medical Center to remember those buried there.

As groups lined up to place their wreaths one by one at Wood National Cemetery, Ziegler waited his turn.

"We have to honor our heroes. If it wasn't for them, we wouldn't have the freedoms we have today," said Ziegler. 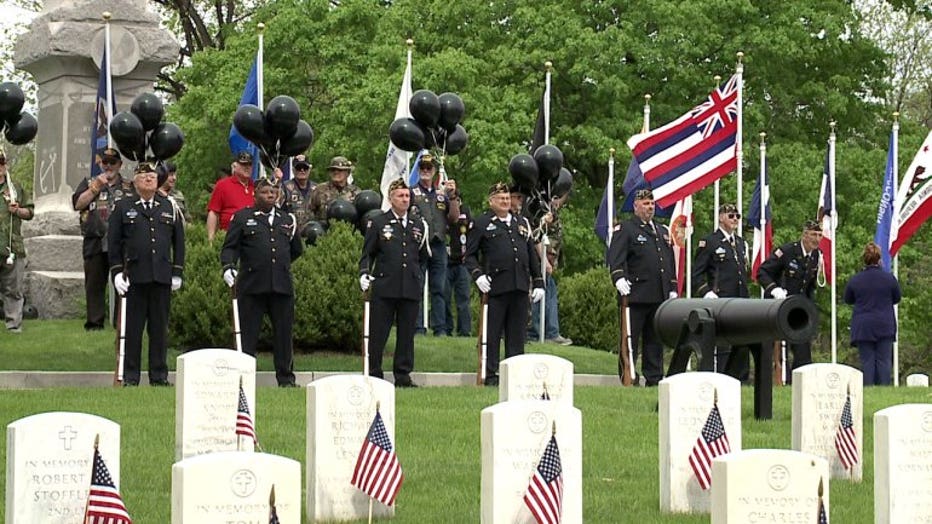 
Ziegler served in the Navy from 1966 to 1970. He knows firsthand that Memorial Day is not a celebration.

Each wreath represented a different organization. Governor Tony Evers placed a wreath alongside fellow attendees. He explained that nearly 50% of veterans in the state of Wisconsin do not take any veterans' benefits -- noting that many times, the veterans aren't aware of the benefits available to them. He also stressed the importance of the solemn holiday. 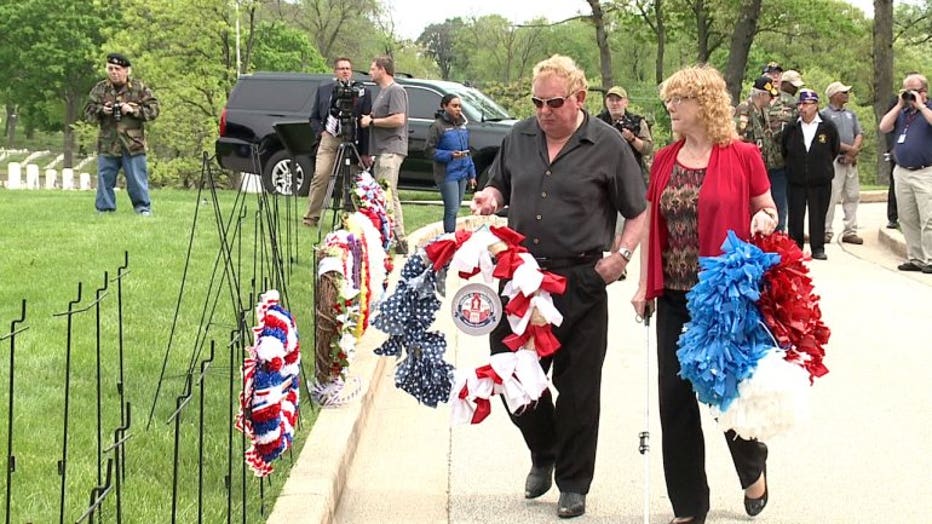 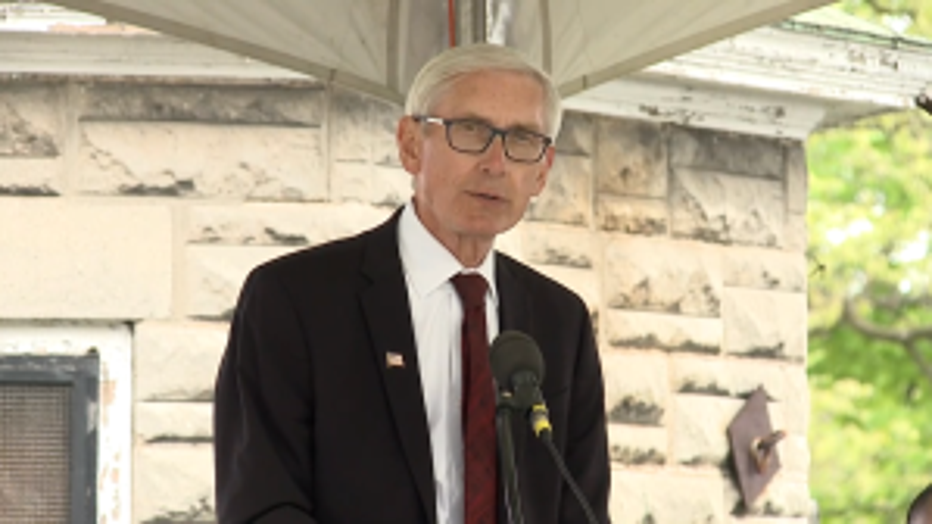 "As I think about the history of these hallowed grounds -- the Civil War heroes, the Buffalo Soldiers -- as I look out at the crowd, at every race, creed and color represented here and realize that we're all here, being human, and not forgetting the sacrifices that have been made for our way of life," said Congresswoman Moore. 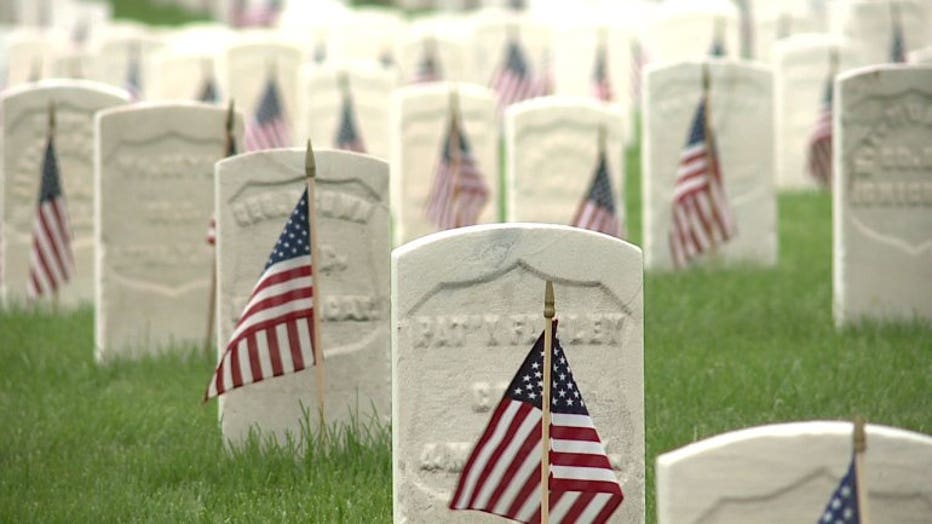 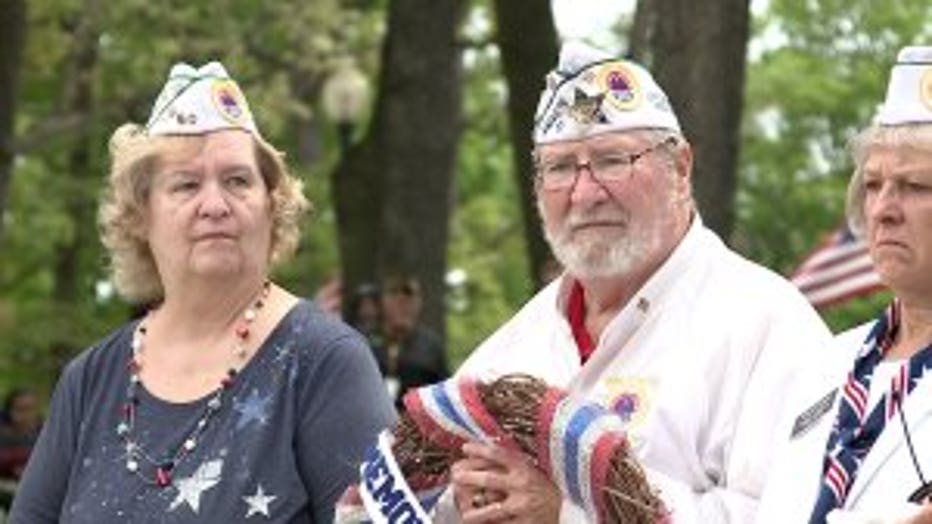 Ziegler represented VFW Post 9469. When it was his turn to walk up, he said he was thinking about the people Memorial Day is meant to honor.

"You're remembering the people themselves, the soldiers, the sailors," said Ziegler. "There's a lot of people we knew, brothers of ours that we lost. Every year, it comes back to us. How they died, when they died, what kind of people they were. It's sad. It really is."

The ceremony also included a moment for prisoners of war and those missing in action. Gov. Evers also honored those currently serving.

"On this important day of remembrance, we especially remember those recently lost, while we continue to remember each generation of the brave American men and women willing to fight and make any sacrifice for the sake of our freedom, for our children's generations and our nation's future," said Gov. Evers. "Today, we honor those who left their mark on our history."