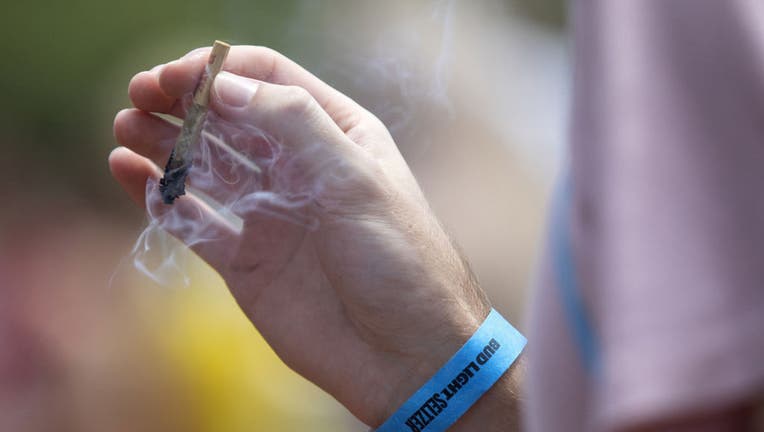 LOS ANGELES - A recent study found that medical marijuana fails to improve symptoms of pain, anxiety and depression and effectively doubles the risk of developing addictive symptoms and cannabis use disorder (CUD).

The study, published by researchers from Massachusetts General Hospital on March 18, also noted that up to one in five users of cannabis may develop CUD.

"There have been many claims about the benefits of medical marijuana for treating pain, insomnia, anxiety and depression, without sound scientific evidence to support them," said Professor Jodi Gilman in a news release.

At least 1.4 million Americans are using marijuana for their health, according to an Associated Press analysis of states that track medical marijuana patients.

And while marijuana has been shown to help ease pain and a few other health problems, two-thirds of U.S. states have decided pot should be legal to treat many other conditions with little scientific backing.

Although the effects of any substance vary from person to person, researchers found that those who consume cannabis with anxiety and depression had the highest risk of developing CUD.

"In this first study of patients randomized to obtain medical marijuana cards, we learned there can be negative consequences to using cannabis for medical purposes. People with pain, anxiety or depression symptoms failed to report any improvements, though those with insomnia experienced improved sleep," Gilman added.

States that expanded the use of medical pot for common ailments such as severe pain, post-traumatic stress disorder and anxiety saw a boost in enrollment, the AP found.

The U.S. government, meanwhile, both considers marijuana an illegal drug and a therapeutic herb worth more study.

Besides chronic pain, there’s strong evidence marijuana or its ingredients can ease nausea and vomiting from chemotherapy and help with symptoms of multiple sclerosis.

British drugmaker GW Pharmaceuticals is seeking U.S. approval for Sativex. Other companies are pursuing Food and Drug Administration backing for products based on marijuana ingredients.

Arizona-based Insys Therapeutics, which filed for bankruptcy protection in 2019 as it faced fallout over its marketing of an addictive opioid painkiller, has developed CBD drugs for two types of childhood epilepsy and a rare genetic disorder.

Prescription drugs already on the market use synthetic THC to treat weight loss, nausea and vomiting in patients with AIDS or cancer. And researchers continue to study whether marijuana helps with PTSD, back pain and other problems.

Medical marijuana: An alternative to opioids?

But marijuana may be helpful in reducing the use of opioid painkillers. The National Center for Complementary and Integrative Health, better known for its research on herbs and yoga, has set aside $3 million for studies to determine which of marijuana’s 400-plus chemicals help with pain.

THC was excluded, however.

Its mood-altering effects and potential for addiction and abuse make it less useful for pain, said Dr. David Shurtleff, the agency’s deputy director. And THC has been studied more than the lesser-known compounds.

Despite online claims, there’s only weak evidence that marijuana’s ingredients might one day be used to treat cancer. Most studies have been in animals or in the lab. Results have been mixed.

In one study, nine patients with an aggressive form of brain cancer had THC injected into their tumors; any effect on their survival was unclear. Another study found worrying evidence that marijuana might interfere with some cancer drugs, making them less effective.