Woman killed in crash into KK River was pregnant

Woman killed in crash into KK River was pregnant

The medical examiner confirmed for FOX6 News Shannan Nehmer was "several weeks" pregnant at the time of her death. 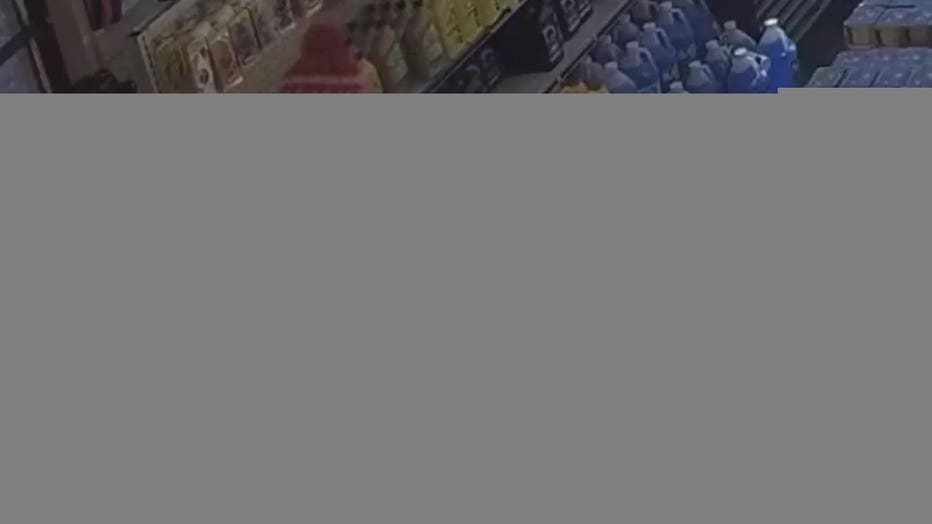 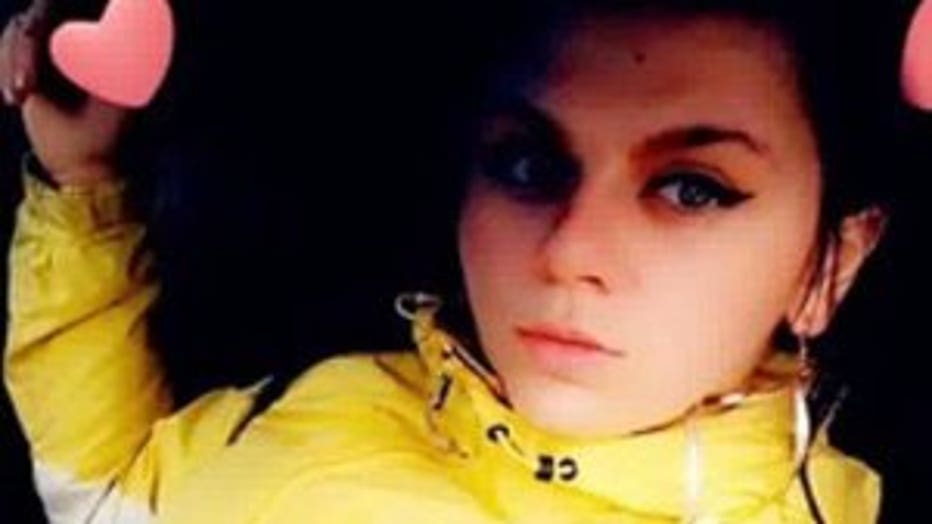 Police said this all started with separate armed robberies occurring within less than 30 minutes.

The first happened around 7 p.m. on Dec. 31 near 14th and Greenfield. According to police, the victim advised he was checking fluids under his vehicle when three suspects approached from a black Chevy Blazer and demanded money at gunpoint. Police said the victim was struck in the face by one of the suspects, and his phone was taken. The suspects, two males and a female, then got back into the SUV and fled.

Twenty-five minutes later, police were called out to 23rd and Lapham for a ShotSpotter call. Officers found two victims at the scene. Police learned two suspects approached the victims; one brandishing a semi-automatic pistol -- demanding valuables. One of the suspects pushed one of the victims to the ground, and began kicking them in the head multiple times. Police said a citizen intervened with a machete and started chasing the suspects on foot. One of the suspects turned and began firing at the citizen. Police said fortunately, nobody was struck by the gunfire.

Police learned these robberies were related and involved the same suspects and suspect vehicle. A description of that vehicle was broadcast to all officers. 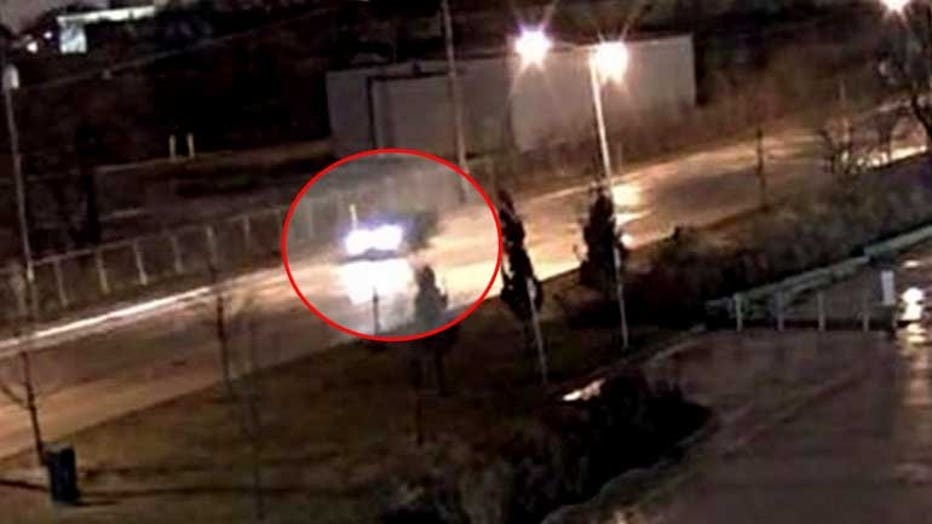 Hours later, around 8:30 p.m., it was spotted, and a pursuit was initiated near Comstock and Arrow Street. The pursuit headed eastbound on Greenfield, continuing to the end of Greenfield -- terminated in the 600 block of Greenfield. The vehicle then crashed into the KK River, submerging 30 feet to the bottom.

The pursuit lasted less than two minutes, and reached speeds of 80 to 100 miles per hour. 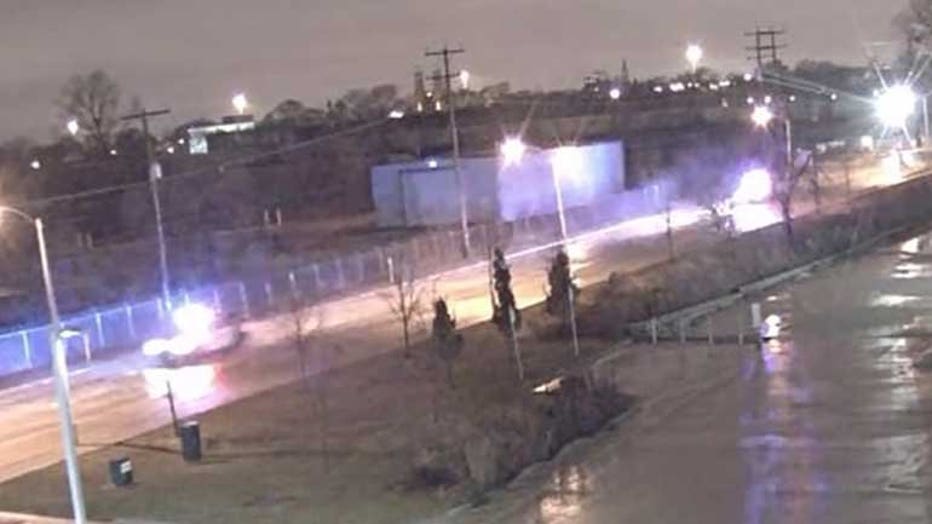 The Milwaukee Fire Department's Dive Team responded, and the body of 19-year-old Shannon Nehmer was recovered. Life-saving measures were unsuccessful, and Nehmer was pronounced dead at the scene.

MFD officials said a diver nearly lost his life while trying to pull Shannon Nehmer from the water. He said divers encountered difficulties right away at the scene, due to weather challenges -- with two divers dealing with malfunctioning equipment. One diver was able to enter the water and head down 30 feet, where he was able to locate one victim (Nehmer). He then became tangled with debris, and tried freeing himself in the 36-degree water, with almost zero visibility. MFD officials said they were utilizing "rope signals," and when the diver in the water didn't pull back on the rope, other divers pulled him to the surface, and, dazed and confused, the diver had Nehmer with him. MFD officials noted that the diver "never let go of that victim for one second." First responders immediately worked to perform life-saving measures. 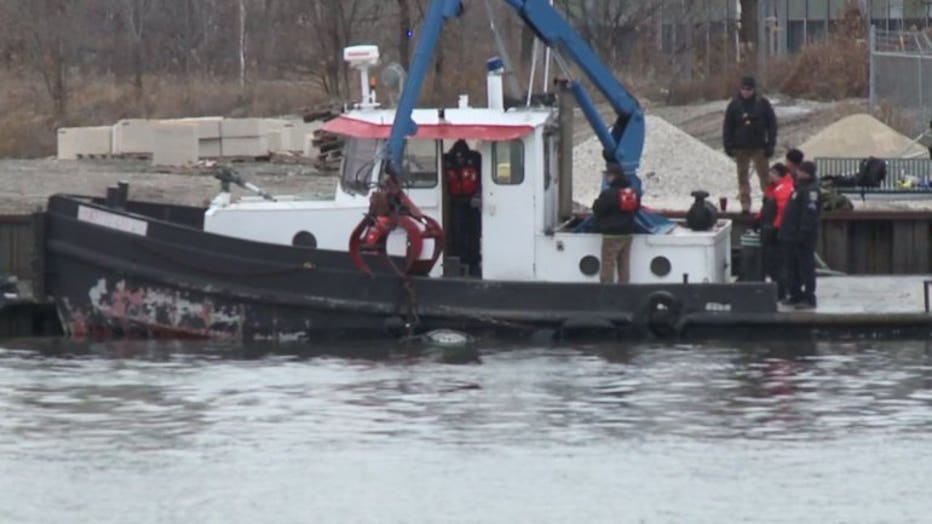 Officials said attempts to recover the vehicle from the water Monday night were unsuccessful and had to be delayed until Tuesday when proper equipment and personnel were available. Divers were in the water for three hours Tuesday. A harness and crane were used to pull the vehicle from the river Tuesday afternoon. Inside were Charles Barefield, 29, and 2-year-old Annamelia Hernandez.

Police said Nehmer and Barefield were involved in the earlier robberies on New Years' Eve -- as was a third male suspect. Police said that person was arrested, and they'll be presenting the case to the district attorney in the coming days. Police noted that a firearm was recovered from the Chevy Trailblazer, and it was determined to be the same firearm used in the robberies.