MILWAUKEE COUNTY -- The Milwaukee County Medical Examiner's Office is investigating a total of six overdose deaths that have occurred within a 24-hour period.

The first of these overdose deaths occurred on Saturday night, October 31st. 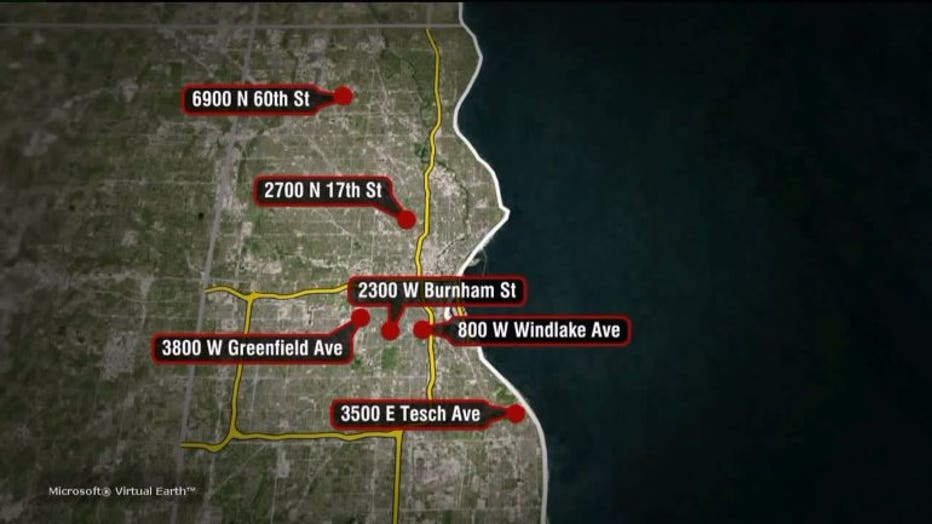 The medical examiner's report indicates Beierle was found after his landlord was unable to reach him -- and called police for a welfare check.

Beierle was found near a bathroom inside the home.

He was last known to be alive on October 28th, when he spoke with his landlord.

The report indicates there were medications in the home, and one bottle appeared to be out of order, as it was recently filled with 30 pills and was found empty.

There was evidence of alcohol use in the home, but no evidence of illicit drug use, according to the report.

A relative of the deceased indicated he had a history of drug abuse and alcohol abuse.

26-year-old Kelly Heidenreich of Milwaukee was pronounced dead around 10:30 p.m. on Saturday, October 31st in a home near 40th and Greenfield Avenue.

The medical examiner's report indicates Heidenreich was found in a bathroom, where there was drug paraphernalia
present.

The report says Heidenreich had a history of heroin abuse.

The apartment building where Heidenreich was found is an adult rehab facility for substance abuse, the report said.

According to the report, Heidenreich was tested for drugs one day prior to her death, and the test was negative.

The report indicates Heidenreich had received one injection of Vivitrol, a drug which blocks the effects of opiod
medication, on September 1st, and she was unable to receive a second injection due to insurance issues.

A 61-year-old man was transported to the hospital just after midnight on Sunday, November 1st -- from a home near 17th and Center.

That man died at the hospital, and tested positive for cocaine and alcohol.

Officials are still working to notify the family in this case.

54-year-old Gladys Feliciano-Medina of Milwaukee was pronounced dead around 3:00 p.m. in a home near S. 23rd Street and W. Burnham Street on Sunday, November 1st.

The medical examiner's report indicates Feliciano-Medina had a history of depression.

The report says the woman was found dead in the home by her roommate when that roommate returned home, and indicates Feliciano-Medina had been drinking cooking wine and beer.

The report indicates Feliciano-Medina was recently at the hospital for breathing difficulties.

Beer was noted at the scene, along with a bottle of wine and two bottles of cooking wine. Prescription medication was found in the home, but no street drugs.

56-year-old Wanda Mason of Milwaukee was pronounced dead at 6:30 p.m. in a home near N. 60th Street and W. Green Tree Road on Sunday, November 1st.

The medical examiner's report in this case indicates Mason was found in a bedroom in the home.

The report says Mason complained that she didn't feel well approximately five minutes before she was found unresponsive. She had a history of crack cocaine abuse, according to the Medical Examiner's Office.

There was no evidence of illicit drug use noted at the scene, according to the report, but there were prescription medications and some appeared to be out of order.

Mason's boyfriend indicated to officials that she had last used crack cocaine one day prior to her death.

22-year-old Cory Messer was pronounced dead at 9:15 p.m. in a home near W. Windlake Avenue and W. Burnham Street on Sunday, November 1st.

The medical examiner's report in this case indicates Messer had a history of heroin abuse.

Messer was found unresponsive in a bedroom. He was pronounced dead at the scene, despite the life-saving efforts of the Milwaukee Fire Department.

Messer's girlfriend was arrested at the scene, as she had a warrant for burglary -- and the medical examiner's report indicates Messer was on probation for burglary.

The report states that there was evidence of illicit drug use in the bedroom where Messer was found. 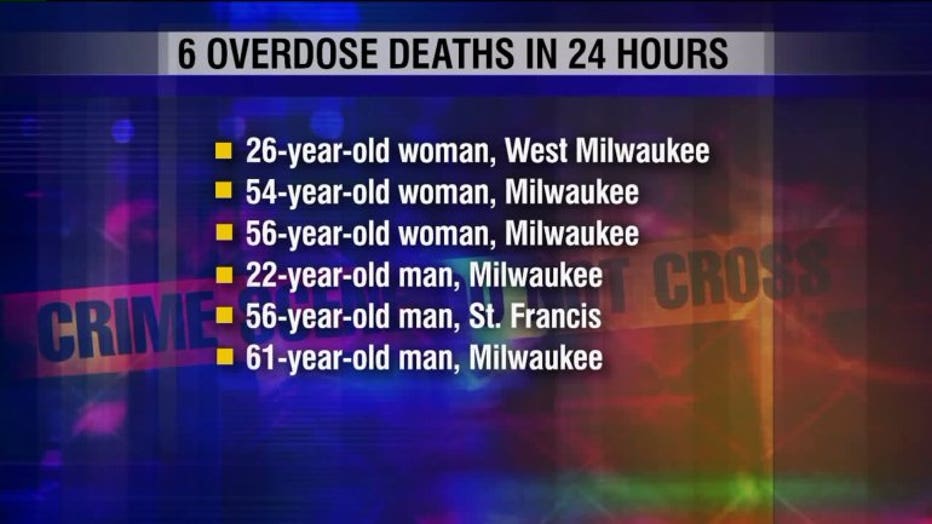 Autopsies have been performed in each of these cases, but the final causes of death are pending further toxicology testing.

Word of six probable overdose deaths in Milwaukee County within a 24-hour period saddened the staff at Meta House on Monday. Meta House offers substance abuse treatment services to help women reclaim their lives from the effects of drugs or alcohol. 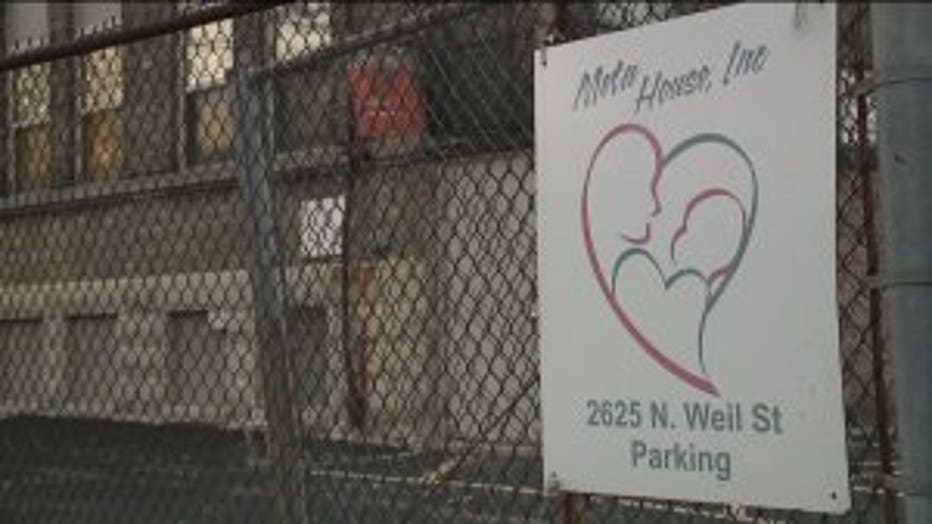 "We know how hard addiction is on individuals and their families and friends. That`s six more people we can`t help and that`s really heartbreaking," Carryn Sami, Meta House director of development & communications said.

These deaths illustrate a widespread problem across Milwaukee County and the state of Wisconsin: Addiction to heroin or prescription drugs.

"We have seen a huge increase in the number of women coming in addicted to either heroin and/or prescription drugs that are opiate-based," Sami said.

The problem has gotten worse with the increased use of Fentaynl, a prescription drug. That opiate is between 50 and 100 times stronger than heroin, and has already killed 18 people in Milwaukee County this year, compared to 16 during all of 2014.

Sami says she hopes this latest string of deaths in such a short amount of time will motivate addicts to get help.

"We can`t force someone into treatment, but what we can do is don`t lose hope. Know treatment is out there and treatment does work," Sami said.

FOX6 News has teamed up with the Wisconsin Department of Justice, in conjunction with the Department of Health Services and other partners across the state for the "Dose of Reality" campaign -- an effort to prevent prescription painkiller abuse in Wisconsin. 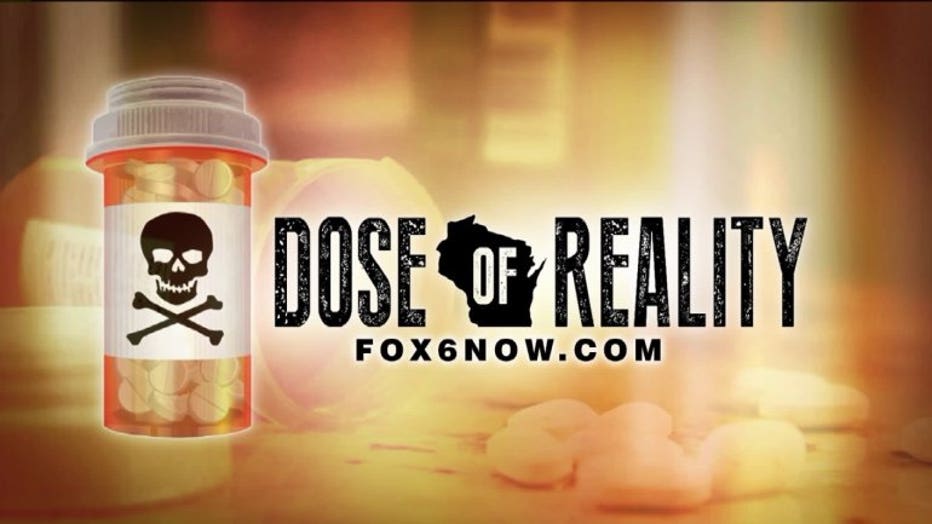