WASHINGTON - U.S. Senate Minority Leader Mitch McConnell said "it’s possible" Republicans could seek a nationwide ban on abortion if Roe v. Wade is overturned and the GOP takes back control of the Senate.

"With regard to the abortion issue, I think it’s pretty clear where Senate Republicans stand," McConnell told USA Today in an interview Friday.

McConnell made the remarks days after a leaked draft opinion suggests the U.S. Supreme Court could overturn the landmark 1973 Roe v. Wade case, which makes abortion a constitutional right. The draft opinion was signed by Justice Samuel Alito and strongly suggests that when the justices met privately after arguments in the case, at least five voted to overturn Roe and Planned Parenthood v. Casey, another landmark Supreme Court ruling.

"If the leaked opinion became the final opinion, legislative bodies – not only at the state level but at the federal level – certainly could legislate in that area," he said. "So yeah, it's possible. It would depend on where the votes were." 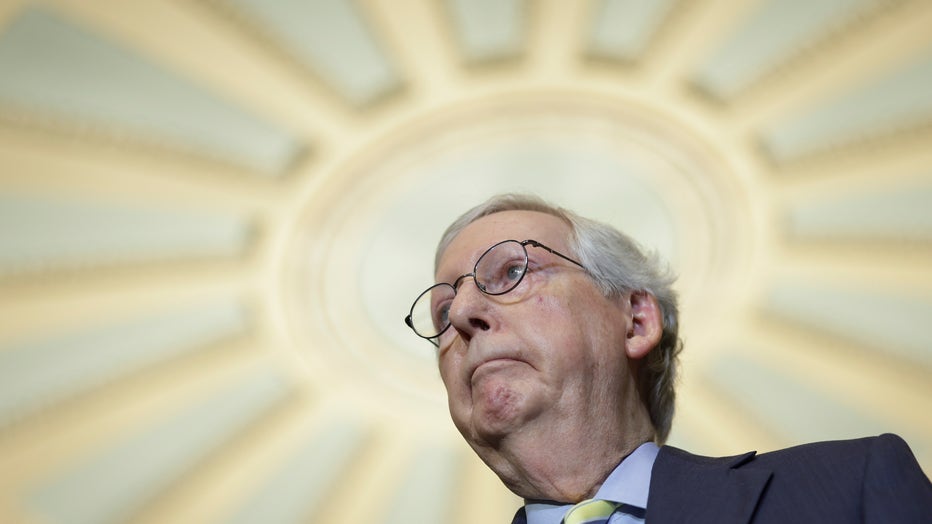 But the Kentucky Republican cautioned against debating the issue before the Supreme Court ruling is released. That’s expected sometime in June or early July. He also said he will not support eliminating the filibuster — the 60 votes needed to pass legislation in the Senate — to pass a national abortion ban.

RELATED: This is where abortion will likely be illegal if Roe v. Wade is overturned

"No carve out of the filibuster — period. For any subject," he told USA Today.

It’s unclear if the draft represents the court’s final word on the matter — opinions often change in the drafting process.
A decision to overrule Roe would lead to abortion bans in roughly half the states.