MILWAUKEE -- Milwaukee Mayor Tom Barrett announced on Wednesday evening, Jan. 23 that the city has addressed one of the key issues in its effort to host the 2020 Democratic National Convention -- and that relates to a line of credit for the bid. The mayor was not specific about how the line of credit was issued -- just that it is a big step forward for the bid.

"That has really been an issue that we think is now, for all intents and purposes, no longer any type of impediment whatsoever to our being selected," Barrett said. "Now that does not guarantee that we will be selected. But what it does is make sure people understand how seriously we take this."

The mayor also announced that the following people have been named co-chairs of the DNC host committee:

Barrett said the business community has been very supportive of the city's efforts to host the DNC. Companies like Northwestern Mutual, We Energies and Potawatomi Hotel and Casino have been engaged in the process, the mayor said.

Milwaukee is among three cities, with Houston and Miami, in the running to host the DNC. 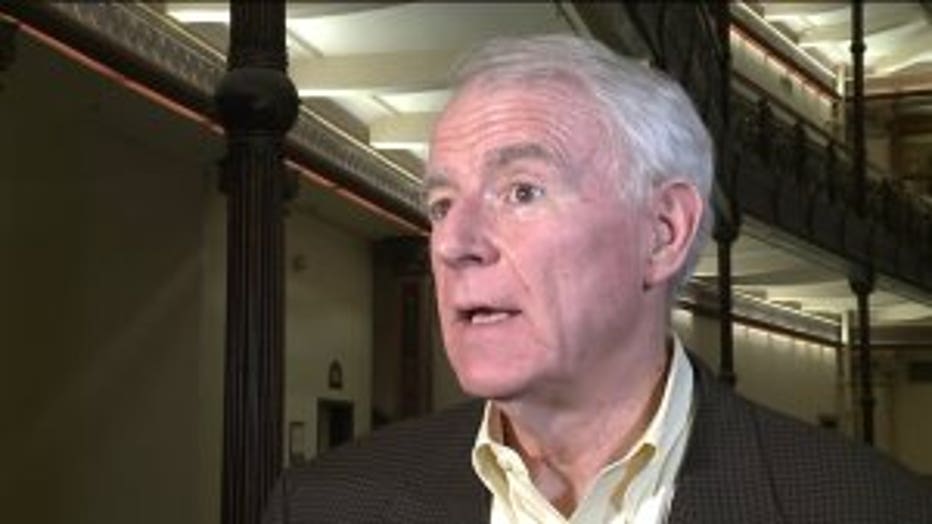 Barrett also mentioned that because the DNC is happening in the month of July, it gives Milwaukee an edge.

"July is the time when people come to Wisconsin."

"July is the time when people come to Wisconsin. They leave Florida. They leave Texas in July," Barrett said. "We wouldn't be having this conversation if the convention were happening on January 23rd. They would have the upper hand."

A decision on which city will host the DNC is expected next month.