MILWAUKEE -- Milwaukee Mayor Tom Barrett in a letter Wednesday, May 20 to Milwaukee Police Chief Alfonso Morales called for the termination of Milwaukee Police Officer Michael Mattioli, facing a charge of first-degree reckless homicide in connection with the death of Joel Acevedo, 25, following a fight inside Mattioli's home near 45th Street and W. Cleveland Avenue on Sunday, April 19. In a response to Mayor Barrett, Chief Morales said in a letter he no longer has the authority to do so -- because the Milwaukee Fire and Police Commission has taken over the internal investigation.

Prosecutors said Mattioli, 32, indicated he "held (Acevedo) on the ground" after Acevedo tried stealing from him and punched another man in the home. It happened the morning after the off-duty officer hosted a get-together at his home. Acevedo died from his injuries at Aurora St. Luke's Medical Center on April 25. His death was ruled a homicide as a result of anoxic encephalopathy due to traumatic asphyxia (brain injury due to traumatic strangulation).

Mattioli, a 13-year veteran of the Milwaukee Police Department, has been placed on full suspension, according to police. According to state law, he's also getting paid.

The FPC on Tuesday, May 19 took an unprecedented step --demanding the Milwaukee Police Department's Internal Affairs Division immediately cease all investigations relative to Officer Michael Mattioli, and turn over all documents in the case by 5 p.m. 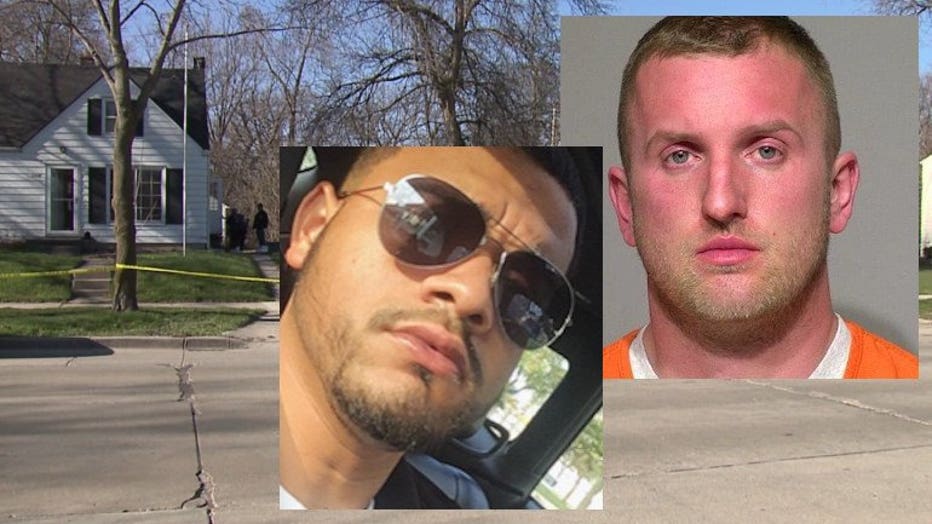 "At the request of the Board of Commissioners, I have sent correspondence to the Milwaukee Police Department, specifically to Police Chief Morales, informing them to cease all current investigations regarding Officer Mattioli, and that my Office will be taking control of the investigation moving forward. A deadline was given to the Chief to turn over all materials by 5:00 PM today and the Board expects compliance with this directive." 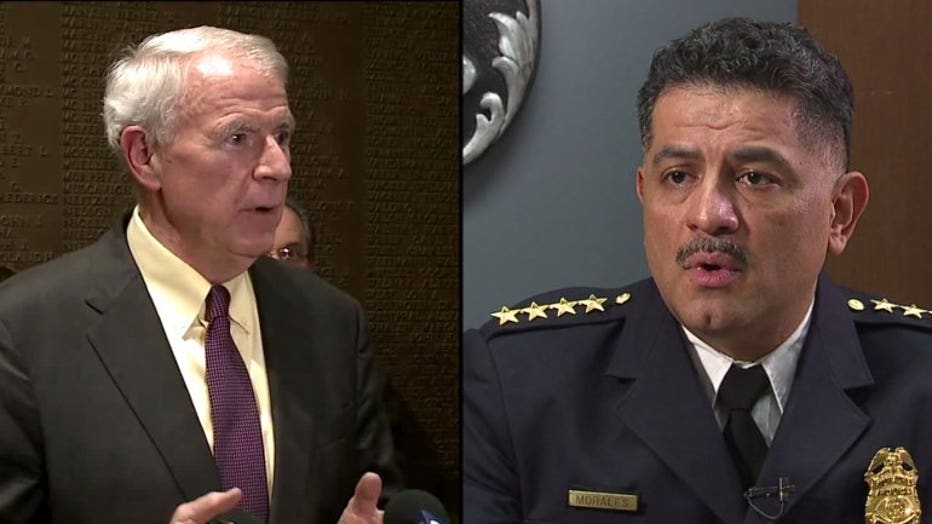 MPD already recused itself from investigating the incident. Statement from the Milwaukee Police Department:

"The Milwaukee Police Department is pleased that the Fire & Police Commission is moving forward with MPD’s suggestion to take over the internal investigation involving off-duty police officer Michael Mattioli.

"Given the unique circumstances surrounding this incident, MPD took extraordinary steps to maintain the integrity of the investigation while keeping the trust of the community. Prior to arriving at the scene on the morning of the incident, Chief Alfonso Morales had already requested that the criminal investigation be handled by the Milwaukee County District Attorney’s Office to avoid any appearance of bias. In addition, the Wisconsin State Crime Lab, an outside and independent agency, conducted the crime scene investigation.

"Last week, during the Public Safety and Health meeting, MPD suggested that the Fire & Police Commission conduct the internal investigation.

"The Milwaukee Police Department is grateful for the outside agencies that handled the criminal investigation from the beginning, and we appreciate the Fire & Police Commission’s willingness to conduct the internal investigation."

Below is Mayor Barrett's Wednesday letter to Chief Morales:

"I am writing regarding the employment status of Officer Michael Mattioli. Given the severity of the allegations confirmed in the criminal complaint filed against him on May 13 of this year, I believe that his employment with the Milwaukee Police Department must be terminated.

"Section 62.50 of the Wisconsin Statutes recognizes that you, as chief, have the right to terminate the employment of officers in your department. In Milwaukee Police Association v. Flynn, the Seventh Circuit Court of Appeals construed the statute to provide that a chief’s decision to terminate the employment of Milwaukee Police officers was a final employment action ending their pay and benefits.

"That decision does not affect the right of Mr. Mattioli to appeal his discharge to the Fire and Police Commission or circuit court. And, pursuant to Section 62.50, if he were to be successful in reversing his dismissal, he would be entitled to back pay.

"In other words, you clearly have the right to terminate Officer Mattioli, and he clearly has the right to appeal that discharge to the Fire and Police Commission. It is important to note however, that his discharge would stop the taxpayers from having to pay a salary to an individual charged with 1st degree reckless homicide.

"Given that the District Attorney’s investigation led to very serious criminal charges, it’s clear that those charges would overwhelmingly support charges under the code of conduct supporting discharge.

"I can see no reason to wait seven days for a P1-21 interview. More importantly, your department’s procedure also does not require a seven-day delay in a case like this, as stated in the note following Section 450.35(D) 12:

“Note: This provision does not apply to PI-21 interviews that are related to an incident involving death or great bodily harm or where the Chief of Police determines that exigent circumstances require an immediate interview.”

"The Milwaukee Police Department has the respect and admiration of our residents. When individuals violate that trust, as Officer Mattioli has, we must act swiftly and accordingly to ensure we maintain that trust. Terminating Officer Mattioli from the department and removing him from the payroll is the appropriate step forward."

Below is Chief Morales' response to Mayor Barrett's letter:

"I am in receipt of your May 19, 2020 letter regarding the employment status of Police Officer Michael Mattioli and your request that I terminate him. The previous day, Executive Director Griselda Aldrete informed me by letter that the Fire & Police Commission had taken my suggestion to take over the internal investigation.

"As Executive Director Aldrete stated in a press release yesterday, my Department was informed it must "cease all current investigations regarding Officer Mattioli, and that my Office will be taking control of the investigation moving forward." Accordingly, as of May 18, 2020, my Department ceased our internal investigation process immediately, and I no longer had the authority to render any discipline, including discharge of Police Officer Mattioli. That authority now lies with the Fire & Police Commission."

While Morales said the discipline lies with the FPC, and FPC spokesman said the chief is the only one allowed to render discipline. 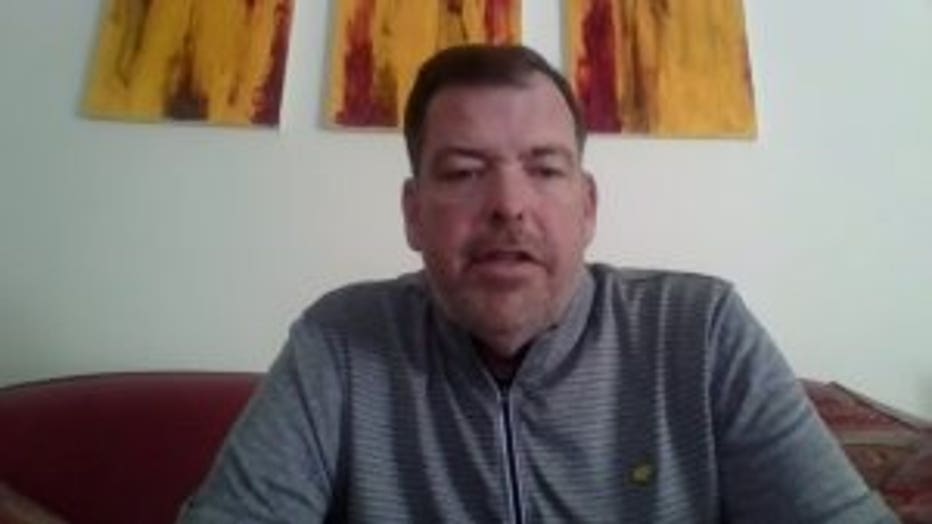 FOX6 News asked criminal defense attorney Russell Jones whether this was a fair ask of the mayor to the chief.

"No, I don't think it's a fair ask," said Jones. "I think it's a response to public pressure, and the mayor is not showing his understanding of the internal workings of the Milwaukee Police Department."

Jones said no officer should be fired without due process, and it could open the city up for legal disputes.

The Milwaukee Police Association has questioned whether the FPC investigators have enough experience to conduct this investigation.

"The way that they did it suggests that they're showing a lack of trust in the police department, which is unfortunate," said Jones.