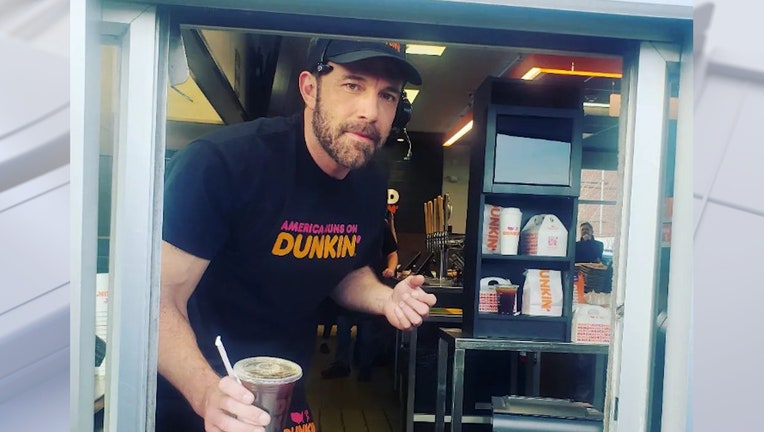 MEDFORD, Mass. - It was no ordinary Dunkin’ run Tuesday for Lisa Mackay, who spotted and snapped a picture of Ben Affleck handling her drive-thru order.

"I was getting my morning coffee, and Ben was at the speaker taking my order," the Massachusetts woman told FOX Television Stations.

"Then [he] was at the window to hand it to me!" she continued. "Super nice, very funny. A nice way to start my day."

Mackay’s photo is now spreading across the internet. It shows the 50-year-old Affleck wearing an "America runs on Dunkin’" shirt with an iced coffee in his hand, wearing a headset at the drive-thru.

Coffee and cereal have always been breakfast mainstays, but now they'll be available in the same dish.

According to WHDH, the Hollywood icon and his famous wife, Jennifer Lopez, were spotted at the doughnut chain in Medford. Affleck later handed out doughnuts and coffee at a nearby fire station.

According to the news outlet, the Dunkin’ location was actually closed for much of the day, but a few early customers got the surprise of their lifetime.

The company hasn’t said why the actor was at the donut shop. FOX Television Stations has reached out for comment.

Affleck’s love for Dunkin’ is well-documented on social media through pictures. A company executive previously told the Insider Affleck was a "true lover of the brand."

Affleck grew up in Massachusetts outside Boston.