One of the biggest topics of conversation in 2022 — the housing market — may be getting a change in conversation.

The latest data from real estate brokerage Redfin suggests asking prices for rental properties may be beginning to slow.

In the past year, home prices have soared in the U.S. alongside mortgage rates, keeping many home hunters on the sidelines. Non-homeowners have felt the pinch because of inflated rent prices, deepening America’s economic problems amid sweeping inflation.

In the 50 largest metro areas, median rent rose an astounding 19.3% from December 2020 to December 2021, according to a Realtor.com analysis of properties with two or fewer bedrooms.

Rents are still at an all-time high in the U.S. but data shows asking rent prices have been consistently slowing for the past several weeks.

According to Redfin, the average cost of rent during July 2022 in the U.S. reached $2,032, a 14% increase from this time last year. But the brokerage’s data also found asking rent prices were declining compared to May and June. May’s asking rent was up 16% and June’s 15%.

Median asking rent also climbed 0.6% since June, which marked the slowest month-over-month growth since February. That's a significant drop from the 2.1% increase from a year earlier, Redfin reported.

This could signal an ending in sight to the massive rent hikes tenants across the country have been seeing.

"Big rent hikes may finally be coming to an end as landlords adjust to waning tenant budgets that are being strained by the rising cost of groceries, gas and other regular expenses," said Redfin Chief Economist Daryl Fairweather.

However, he said places with a strong job market and limited housing options might still see rent increases, such as New York and Seattle. 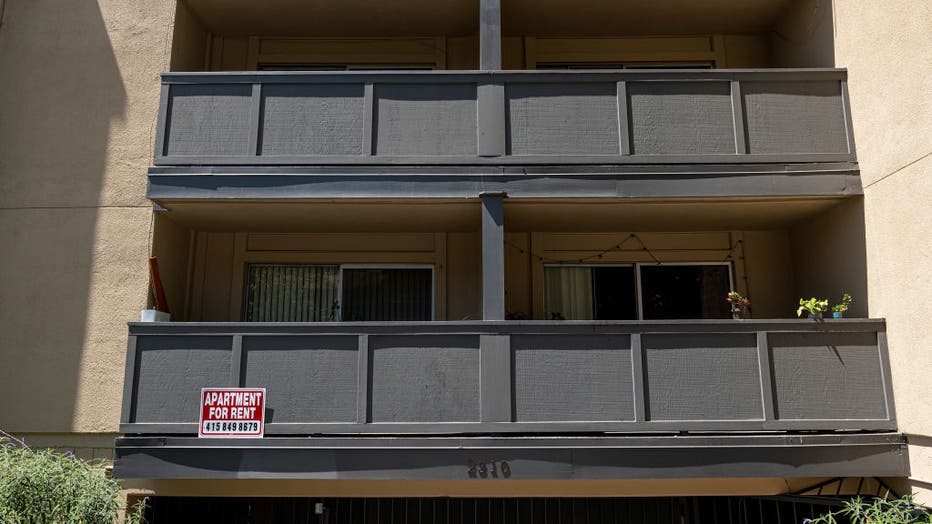 An apartment for rent outside the University of California, Berkeley campus in Berkeley, California, US, on Thursday, Aug. 4, 2022. Photo: Paul Morris/Bloomberg via Getty Images

Rents are still increasing faster than overall inflation, which eased a bit in July. Consumer prices jumped 8.5% last month compared with a year earlier and down from a 9.1% annual increase in June. They are still running close to their highest level in decades.

A Redfin analysis found Cincinnati to have the largest rent jump last month among the 50 most populated city areas in the U.S. at 31%.

In July, Cincinnati was the only metro area that saw asking rents climb more than 30%, but nine others still had increases of over 20%.

Just three of the 50 most populous metro areas saw rents fall in July from a year earlier. Rents declined 10% in Milwaukee, 8% in Minneapolis and less than 1% in Baltimore. Milwaukee and Minneapolis have seen declining asking rents since April, but this is the first month asking rents in Baltimore declined, Redfin reported.

Redfin compiled the data after looking at multiple local listing services, as well as insights from their real estate agents across the country.

This story was reported from Detroit. FOX Business contributed.