MILWAUKEE -- Milwaukee fire officials offered a humbling assessment on Wednesday afternoon, May 16 of the damage done to Trinity Evangelical Lutheran Church by a massive fire.  That fire broke out Tuesday afternoon at 9th and Highland. 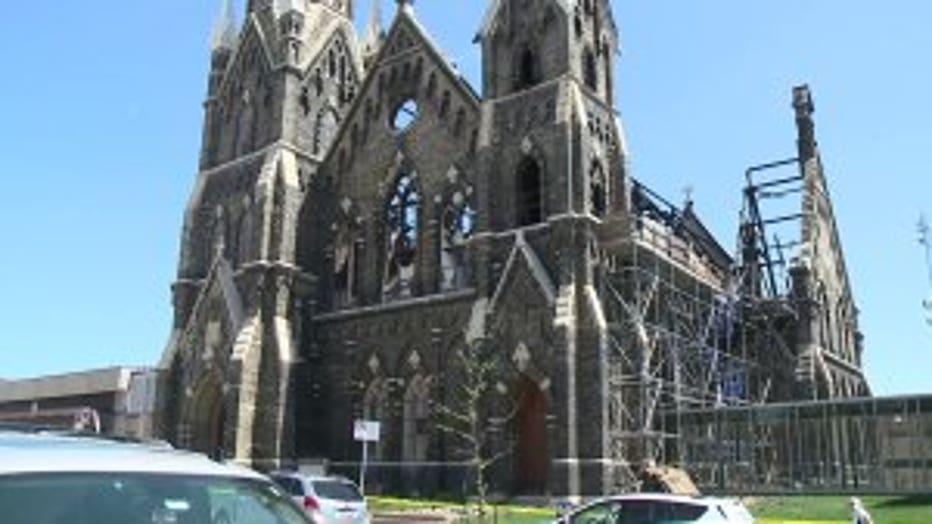 Officials said the initial call about the church fire came in at 3:45 p.m. -- and the first crews arrived on the scene at 3:47 p.m. By 4:02 p.m., the fire was categorized as a four-alarm fire. At one point, 110 firefighters battled the blaze. 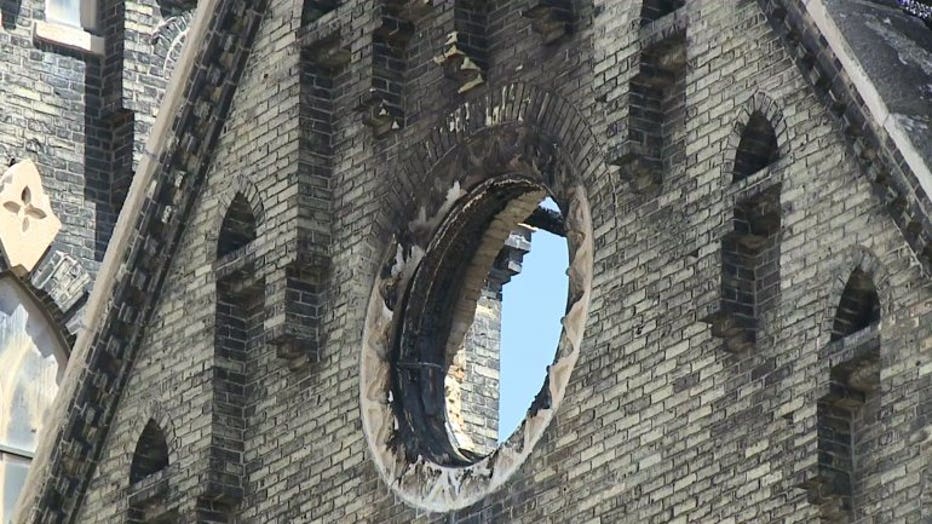 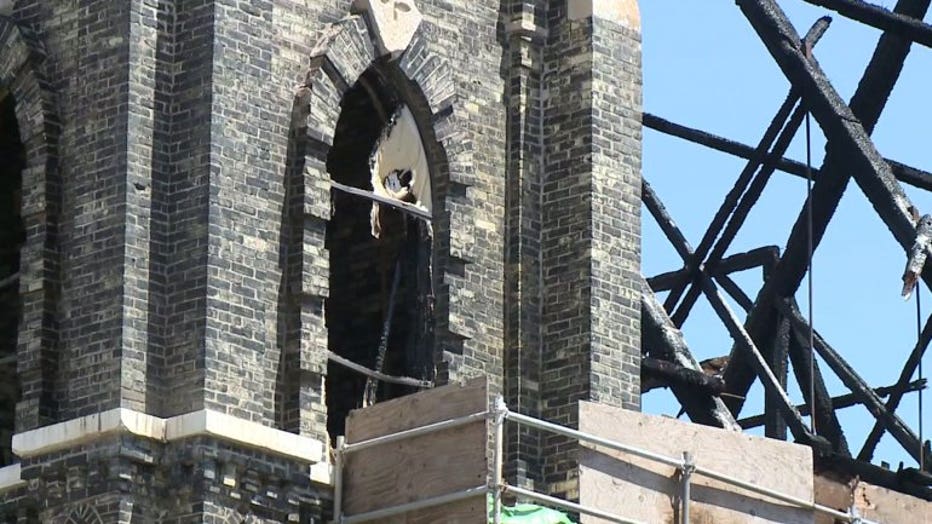 Reverend Jonah Burakowski of Trinity Lutheran Church indicated the congregation is committed to restoring or rebuilding the church at the same corner. 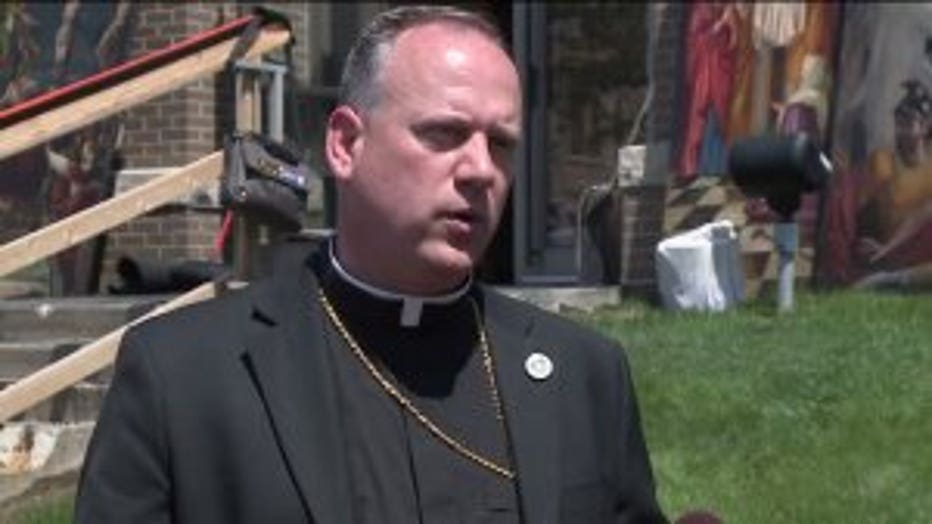 "It is an absolute loss for Trinity Lutheran Church and the congregation that gathers here, but at the same time, the building is just one piece of the ministry puzzle," Rev. Burakowski said.

Burakowski said the building may look marginally or substantially different from what it used to -- depending on how things work out.

"Nonetheless, the building is still standing," Rev. Burakowski said. "It is a testament to those who built the building 140 something odd years ago, but more so to the fire department that came in and were able to address the fire really early, to prevent fire from getting behind the brick or into the brick and causing the walls to collapse." 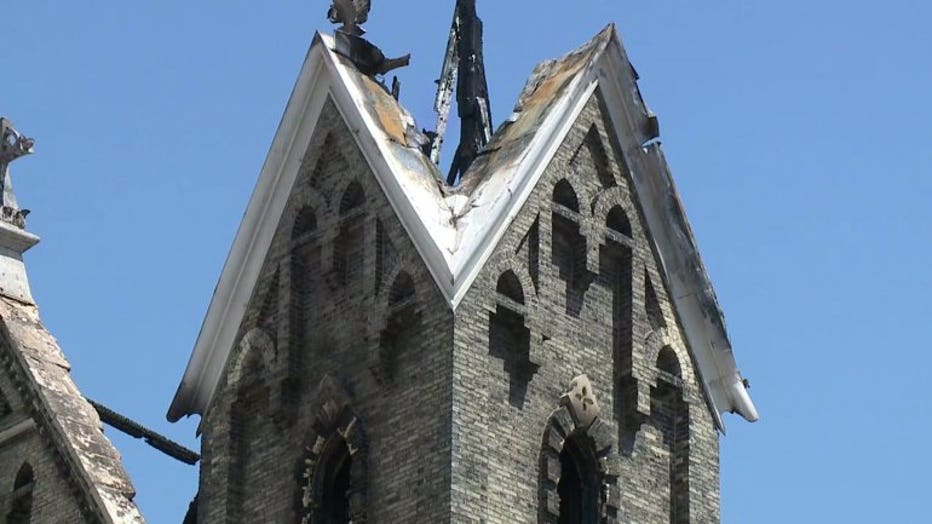 Chief Rohlfing indicated Wednesday afternoon there were still parts of the structure that were considered a collapse hazard. Spot fires flared back up overnight and early Wednesday morning. The chief said he is grateful for his men and women who did "an outstanding job" while responding to other calls in the city.

"The first five minutes of a fire, where the trucks are placed and what those officers decide to do sets the tone of the fire -- and yesterday, it couldn't have gone better," Rohlfing said.

Church leaders were allowed to take a private tour of the interior Wednesday morning. They told FOX6 News they were surprised at the items which remained intact -- including a crucifix and several church pews.