LAS VEGAS — A couple who survived the October shooting at a Las Vegas country music festival has named their newborn after one of the Vegas Golden Knights hockey players, saying the team has brought some positivity into their lives after the tragedy.

KLAS-TV reports that Lauren and Brad Sugars' girl was born May 18, the same day the Golden Knights beat the Winnipeg Jets to advance to the NHL Stanley Cup playoffs. 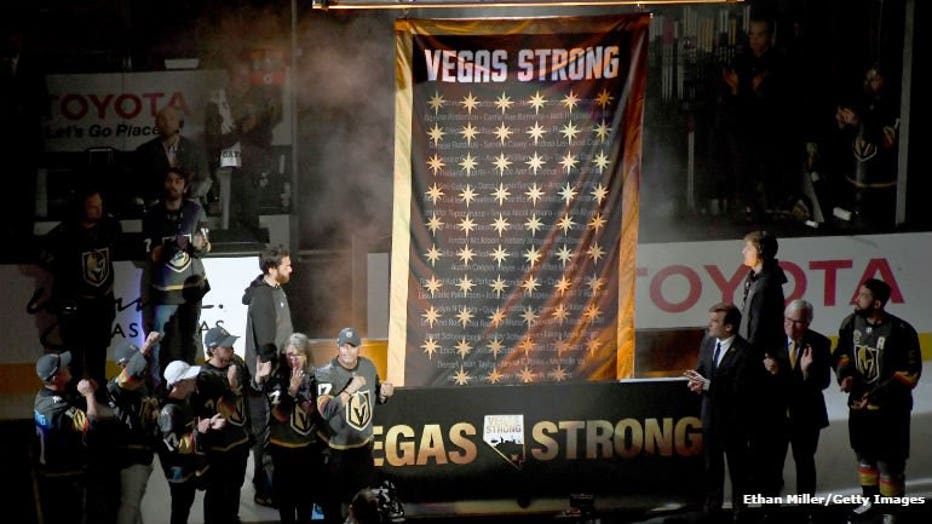 The couple originally had Austin in mind as their daughter's name, but decided to go with Riley — named after Knights player Reilly Smith.

Lauren Sugars says they are "thankful that something so positive came out of such a tragic event." The Sugars didn't know they were going to become parents until after the festival.