US Marshals seek Ivan Delgado, could be in Delavan

Authorities say the quaint community of Delavan may be the place where a fugitive is in hiding. That fugitive is Ivan Delgado.

DELAVAN, Wis. - Authorities say the quaint community of Delavan may be the place where a fugitive is in hiding.

"The U.S. Marshal Service in partnership with Immigration and Customs Enforcement (ICE) is seeking information regarding Ivan Delgado," the U.S. marshal on the case explained. "He cut off his GPS monitoring and has since fled."

30-year-old Ivan Delgado originates from Mexico. He was deported back to his country nearly 10 years ago for a burglary he was convicted of committing in Cook County, Illinois. 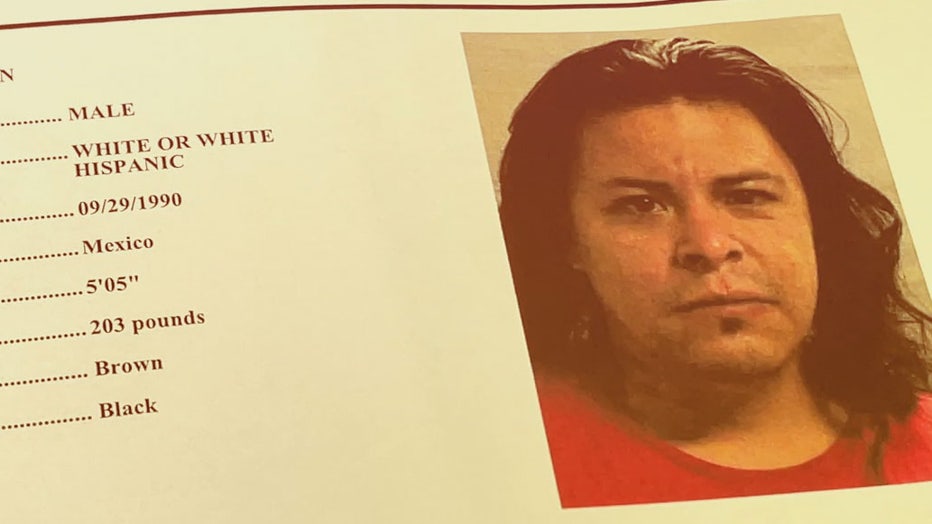 "He didn’t serve the full four years. He was released early and turned over to ICE," the U.S. marshal said.

Sometime between 2012 and 2020, Delgado came back into the U.S. and made his way to Wisconsin.

"He was arrested and booked and his fingerprinted led back to his original charge," the marshal explained.

"I don’t know the full details, but it was a fight. Those warrants are still open," the marshal said.

Local law enforcement turned Delgado over to federal authorities. He was out on bond until he made another bad decision.

"He cut his ankle monitor off in April of 2021 right before his sentencing day in May of 2021 and he is essentially a known fugitive," the marshal said.

Authorities say Delgado can be identified by the skeleton tattoo on his hand and a list of names tattooed on his arm.