MILWAUKEE — A new Marquette Law School Poll finds Ted Cruz ahead in the Wisconsin Republican presidential primary race, supported by 40 percent of likely voters to 30 percent for Donald Trump and 21 percent for John Kasich, while 8 percent don’t know whom they will support. Among likely voters in the Wisconsin Democratic primary, Bernie Sanders holds a 49 percent to 45 percent edge over Hillary Clinton, with 6 percent undecided. In the election for Wisconsin Supreme Court, Rebecca Bradley is supported by 41 percent with JoAnne Kloppenburg at 36 percent and 18 percent undecided.

In the previous Marquette Law School Poll released in February, Trump was supported by 30 percent of Republican primary voters, with Cruz at 19 percent and Kasich at 8 percent. Other candidates who have since dropped out had a total of 31 percent. In the Democratic race in February, Sanders received 44 percent and Clinton 43 percent. The Supreme Court election in February found 37 percent support for Bradley and 36 percent support for Kloppenburg among likely voters, with 30 percent each among all registered voters. 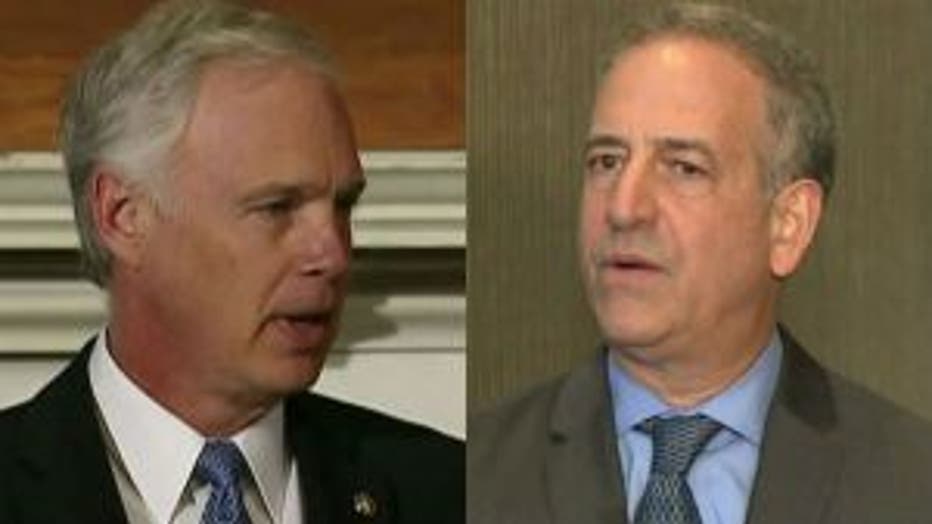 In Wisconsin’s race for U.S. Senate, Russ Feingold is supported by 47 percent of registered voters, with Republican incumbent Ron Johnson receiving 42 percent. In February, Feingold was at 49 percent and Johnson was at 37 percent. Among those likely voters who say they are certain to vote in November’s election, Feingold receives 48 percent and Johnson 45 percent.

Johnson is viewed favorably by 32 percent of registered voters, unfavorably by 31 percent and 36 percent say they haven’t heard enough or don’t know how they feel about him. In February Johnson’s ratings were 29 percent favorable, 33 percent unfavorable and 38 percent were not able to rate him.

Feingold is seen favorably by 41 percent of registered voters, unfavorably by 35 percent with 25 percent saying they have not heard enough or don’t know how they feel. In February Feingold’s ratings were 43 percent favorable, 31 percent unfavorable and 26 percent were unable to rate him. 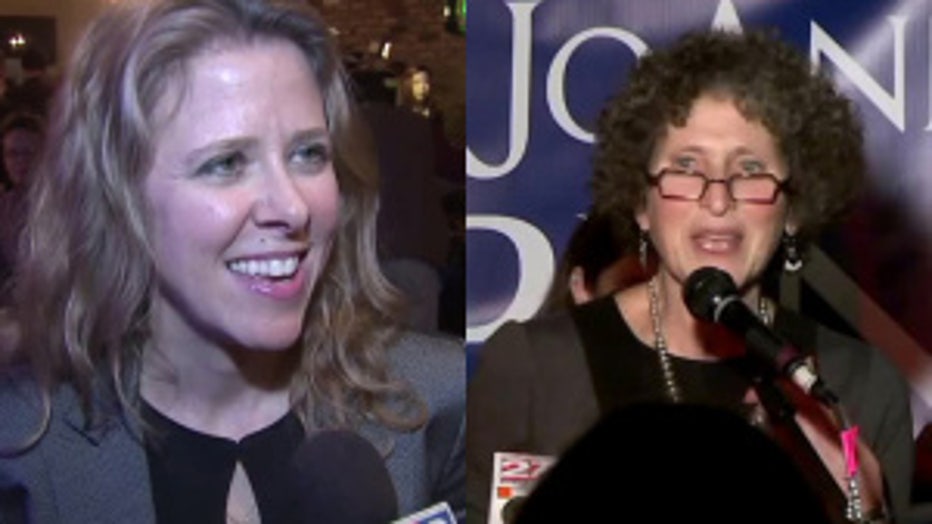 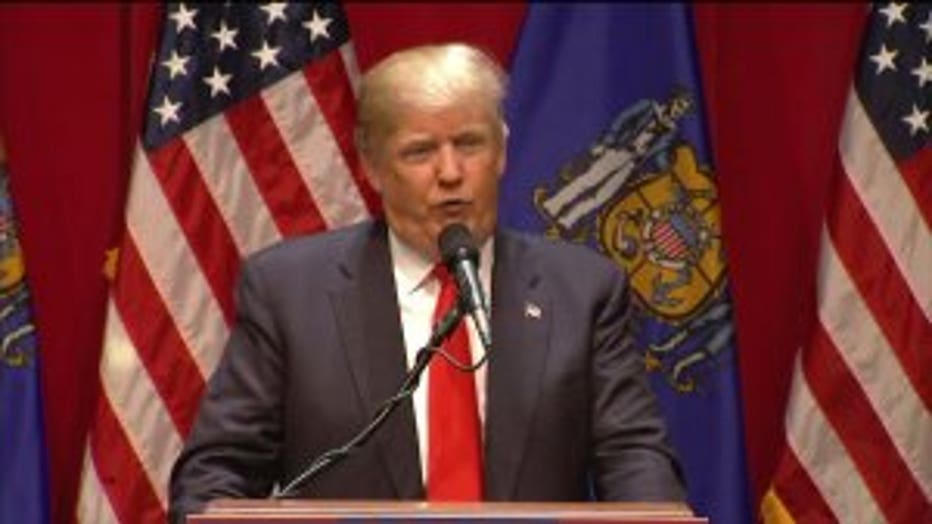 Republican primary voters were asked who they think is most likely to win the Republican nomination, regardless of whom they personally support. Sixty-five percent see Trump as the most likely nominee, followed by Cruz at 23 percent and Kasich at 5 percent. In February, after the Iowa and New Hampshire votes, 46 percent expected Trump to be the nominee, 25 percent said Cruz would be and 1 percent said Kasich. 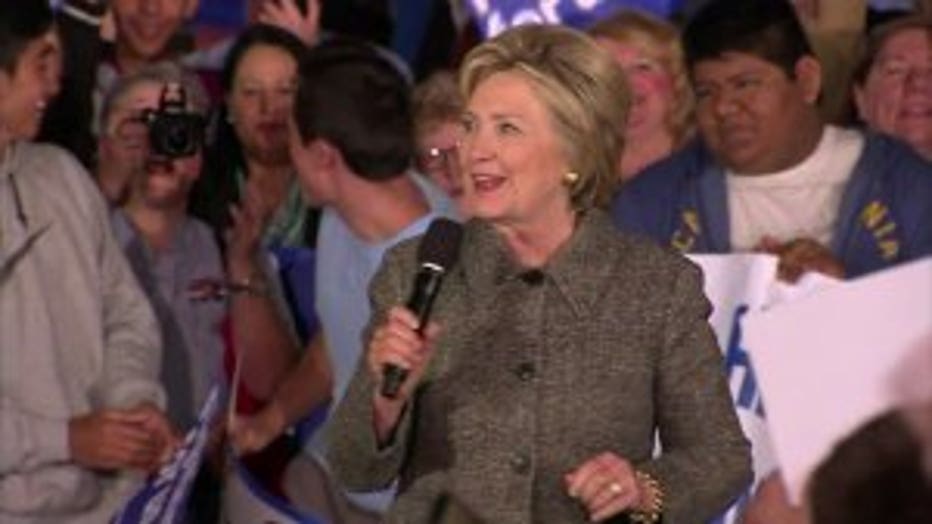 In possible matchups among registered voters for the November general election in Wisconsin, Sanders leads Kasich by 2 points, Cruz by 13 and Trump by 19. Clinton trails Kasich by 9 and ties with Cruz while holding a 10‑point margin over Trump. Results are for all registered voters. 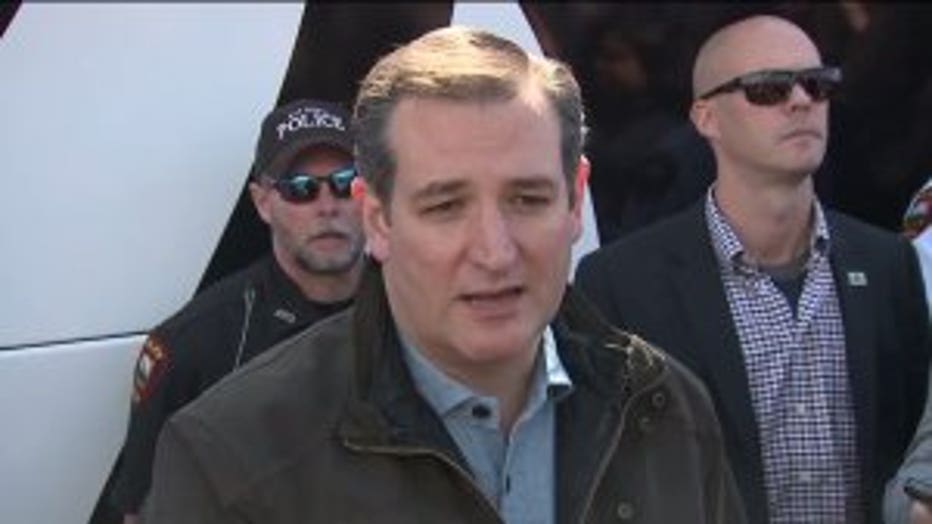 The Tuesday-morning endorsement of Cruz by Wisconsin Gov. Scott Walker aligns with how voters were leaning prior to the endorsement, when the poll was taken. Among the 80 percent of likely Republican primary voters who approve of the job Walker is doing as governor, Cruz has the support of 45 percent, Trump 27 percent and Kasich 18 percent, with 9 percent undecided. Among the 17 percent who disapprove of Walker’s job performance, 44 percent back Trump, 38 percent Kasich and 16 percent Cruz, with just 1 percent undecided. 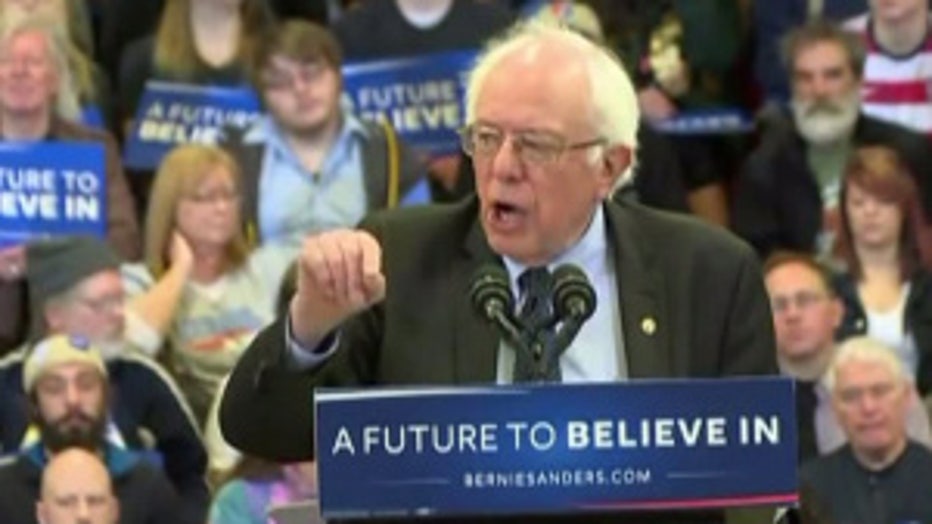 In the Democratic primary, among likely voters, Sanders’ lead is strongest in Madison and the north and west, with other areas closely competitive. In the City of Milwaukee, Clinton leads 51‑42 among all registered voters but Sanders has the edge 47-46 among likely voters, an indication of the potential effect of turnout on the results. 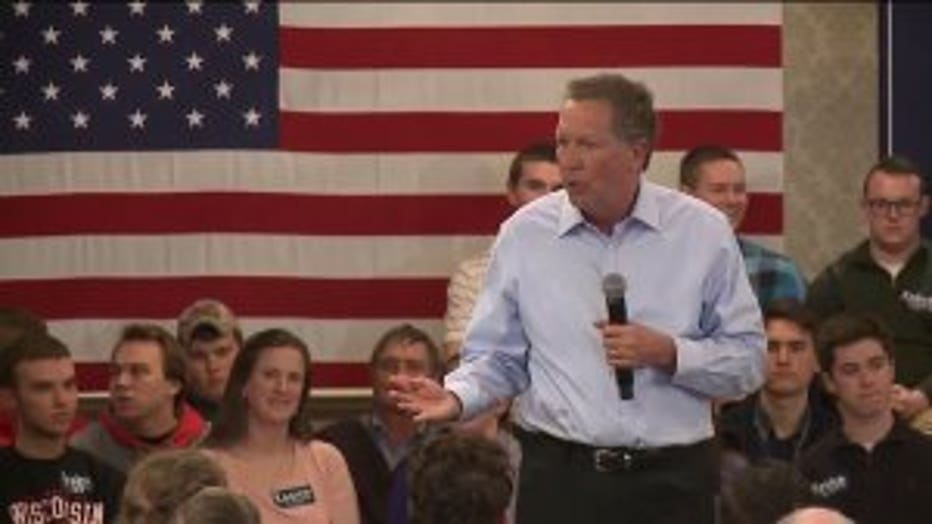 Among men in the Republican primary electorate, Trump is the choice of 35 percent compared to 24 percent among women, while Cruz receives 40 and 39 percent respectively. Kasich is supported by 18 percent of men and 25 percent of women.

Among likely Republican voters who think free trade has been a good thing, Cruz receives 48 percent, Kasich 24 percent and Trump 21 percent. Among those who think trade agreements have been a bad thing, Trump receives 41 percent, Cruz 33 percent and Kasich 19 percent. 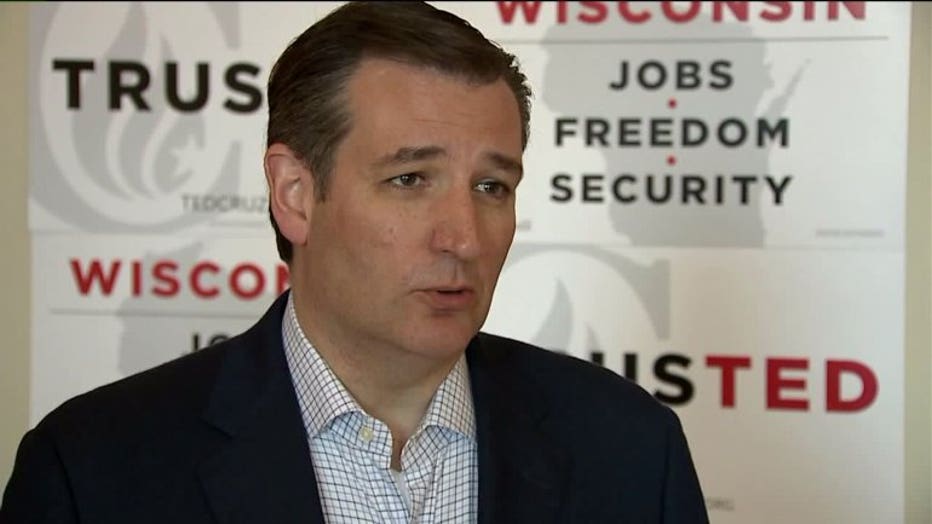 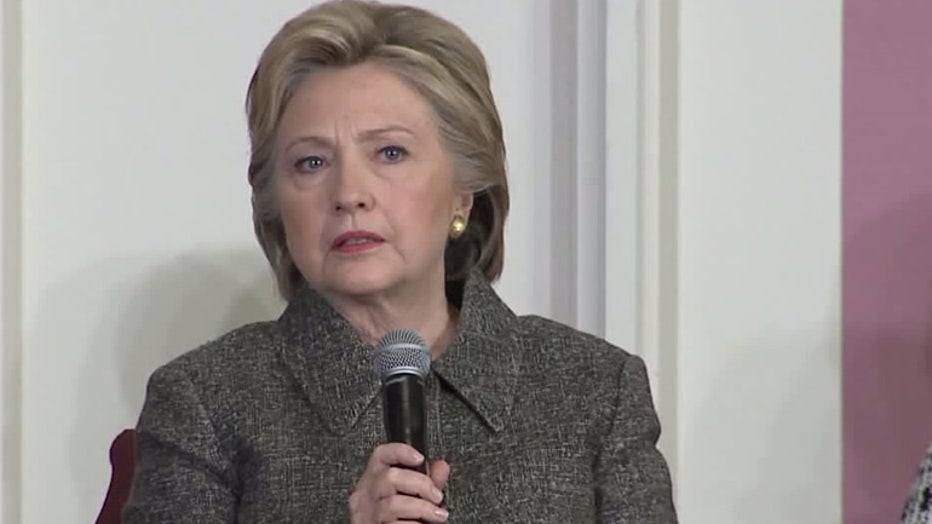 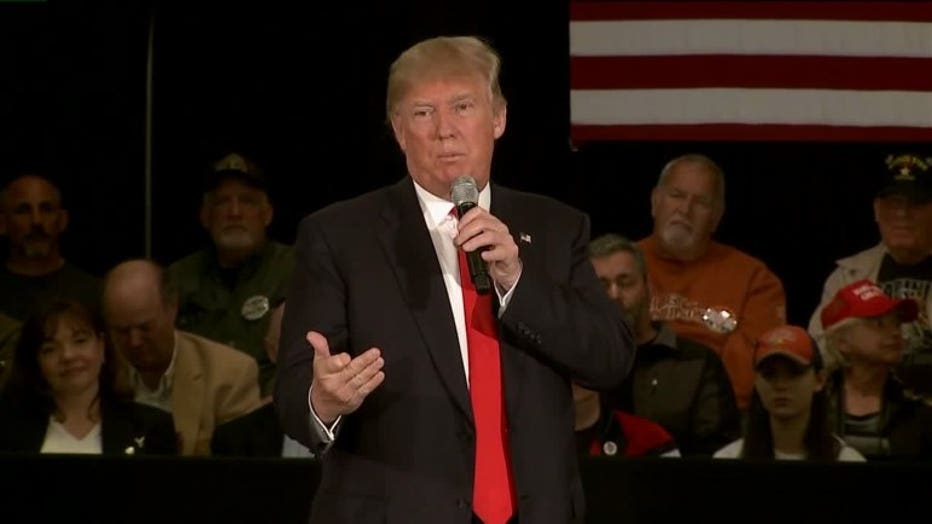 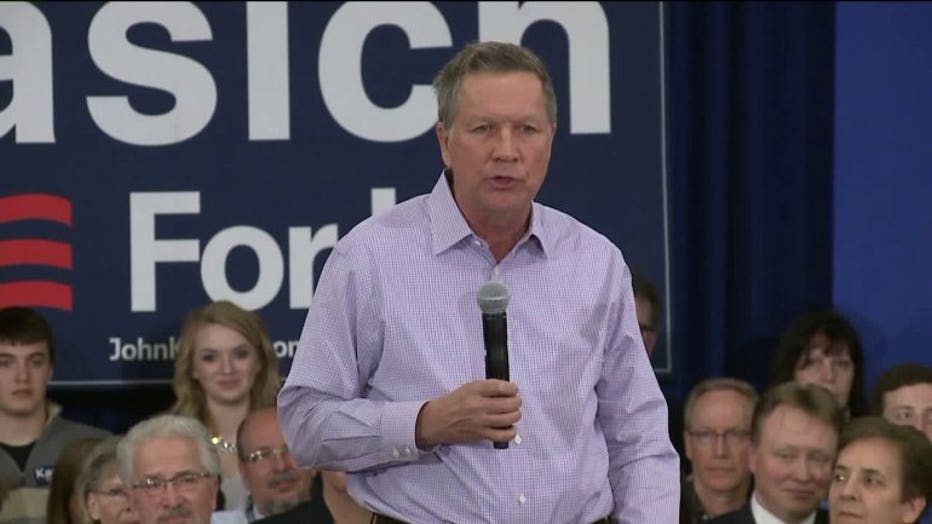 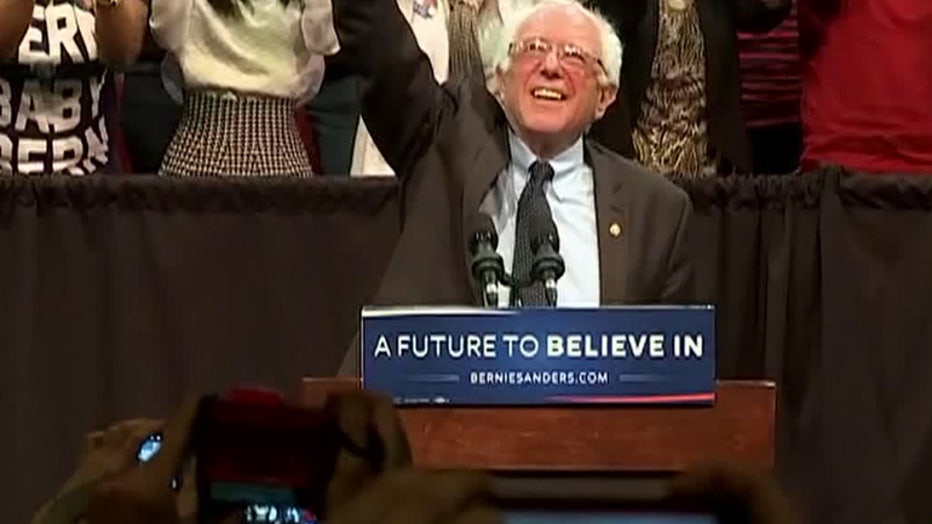 Fifty-five percent of Republican and 53 percent of Democratic primary voters say they have a comfortable financial situation, while 45 percent and 47 percent respectively say they are just getting by or are struggling.

Among those in the Republican primary who say they are comfortable, Trump receives 23 percent support, compared to 39 percent among those just getting by or struggling. Cruz receives 39 and 41 percent from the respective groups, while Kasich is supported by 27 percent of those saying they are comfortable and 15 percent of those getting by or struggling. 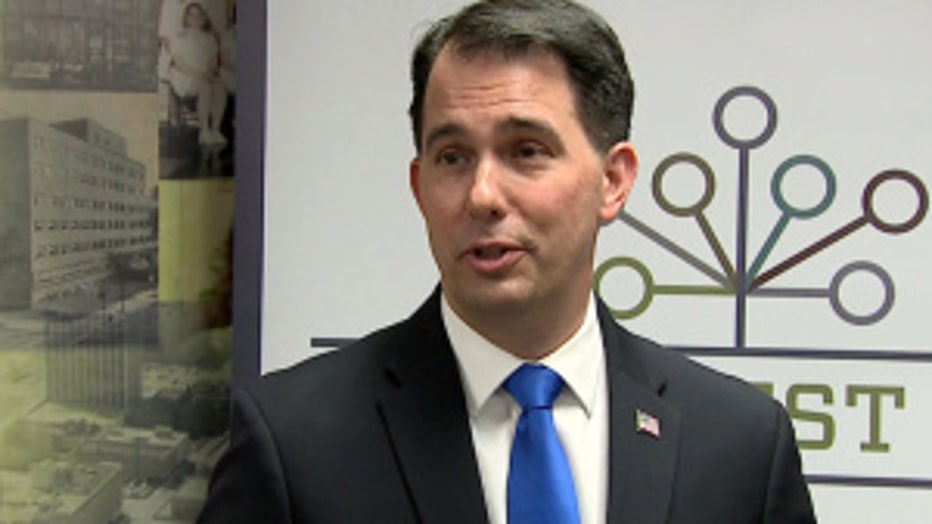 Among all registered voters approval of how Wisconsin Gov. Scott Walker is handling his job stands at 43 percent, with 53 percent disapproving. In February, 39 percent approved and 55 percent disapproved. 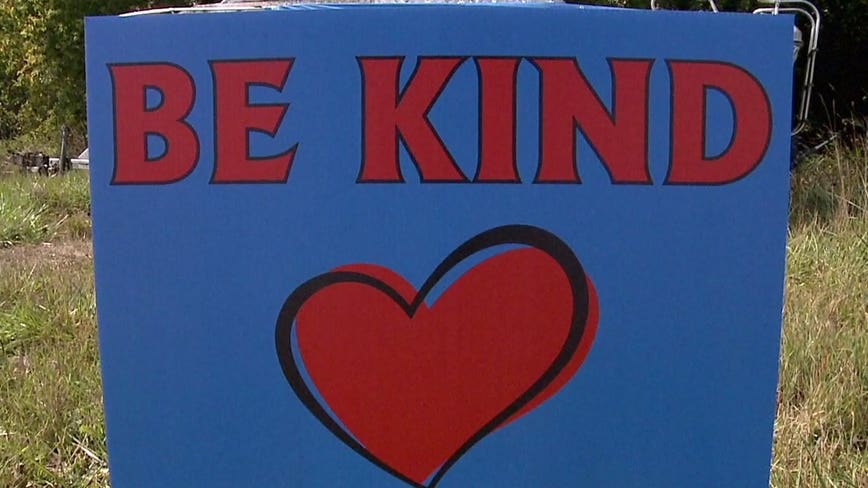