MILWAUKEE -- A wave of negative news for both Hillary Clinton and Donald Trump haven't changed Wisconsin voters' minds much about either presidential candidate.

11% of registered voters say they will not vote for either candidate.

Among likely voters in Wisconsin, Clinton registered 45% support to Trump's 41% with 9% supporting neither candidate.

For the first time this year, Franklin asked voters about third-party presidential candidates.

Only 29% of Wisconsin voters view Trump favorably. It's not much better for Clinton at 36%.

Those numbers didn't change much -- even as FBI Director Jame Comey called Clinton "extremely careless" for using a private email server while secretary of state, and as Donald Trump tweeted an image that some called "anti-Semitic."

"We have two presidential candidates that are unusually negatively viewed by the public, so conventions that help change that for the better could have a significant impact," Franklin said.

Republicans kick off their convention in Cleveland on Monday, July 18th. Democrats follow in Philadelphia the week following.

Meanwhile, in the race for U.S. Senate, the Marquette Law School poll finds Russ Feingold with 48% support to Ron Johnson's 41% -- among registered voters. In June, the split was Feingold 45% to Johnson's 41%.

Among likely voters, Feingold holds 49% support, Johnson 44%. That margin has shrunk since June when Feingold held the lead 51% to 42% over Johnson. 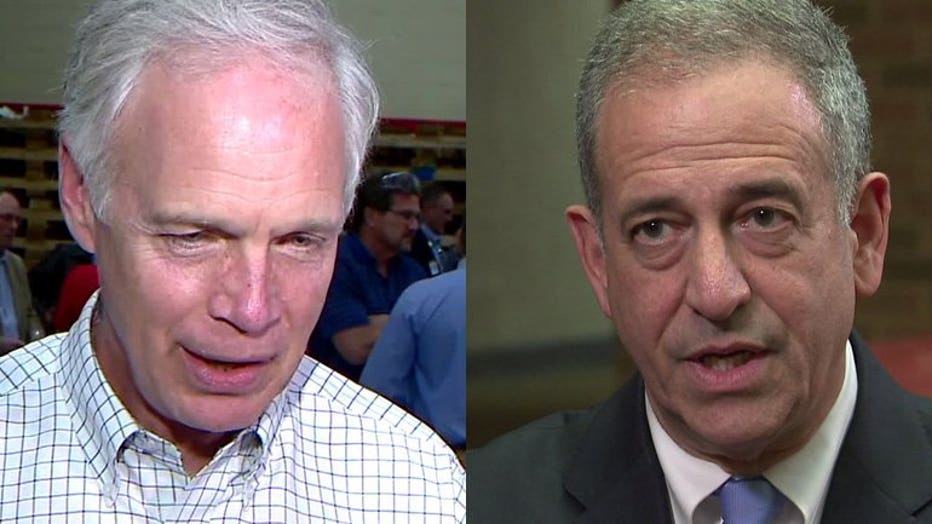 Below is the complete statement from Marquette University, breaking down the latest poll results:

In the previous Marquette Law School Poll, in June, Clinton had 42 percent support and Trump 35 percent, with 17 percent saying they would vote for neither.

Among likely voters, i.e., those who say they are certain they will vote in November, Clinton is supported by 45 percent and Trump by 41 percent in the new poll, with 9 percent saying they will support neither candidate. In June likely voters gave Clinton 46 percent support, Trump 37 percent and 13 percent said they would vote for neither. 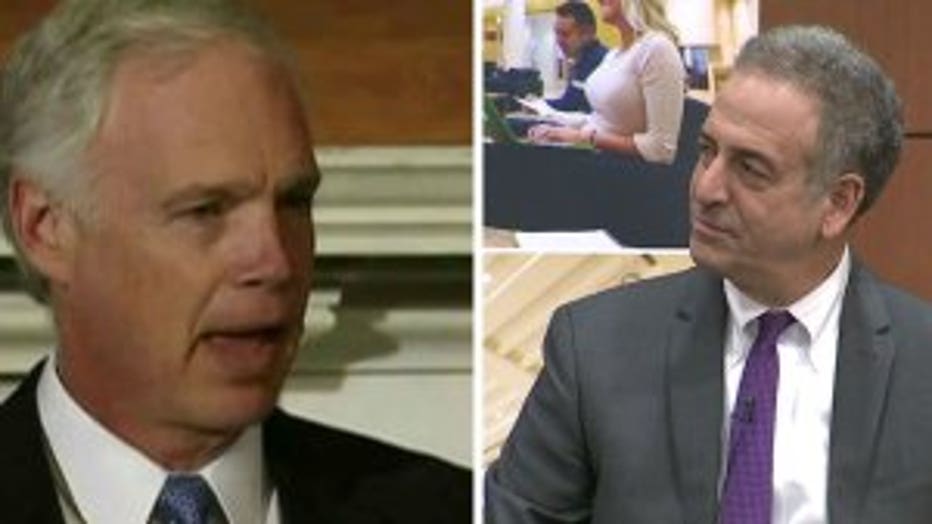 Favorable and unfavorable views of candidates

Trump is viewed favorably by 29 percent and unfavorably by 63 percent of registered voters. Eight percent say they either haven’t heard enough or don’t know how they feel about him. In June, Trump’s rating was 26 percent favorable and 64 percent unfavorable. 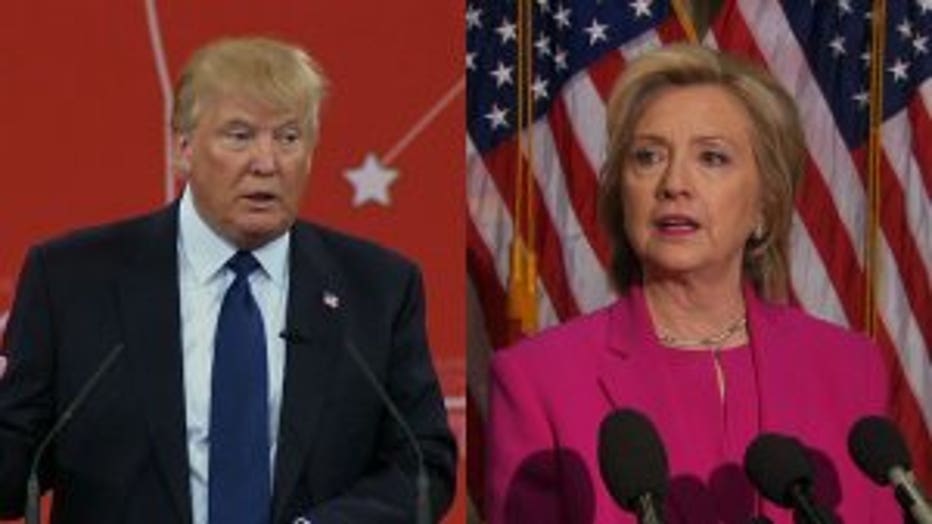 Clinton is viewed favorably by 36 percent and unfavorably by 58 percent of registered voters. Five percent say they haven’t heard enough or don’t know how they feel about her. In June, 37 percent rated Clinton favorably and 58 percent unfavorably.

Johnson, the Libertarian presidential candidate, is seen favorably by 11 percent and unfavorably by 10 percent, with 79 percent lacking an opinion of him.

There has been little change in perception of the presidential candidates between the June and July polls, despite media coverage of controversies involving both candidates. That included FBI Director James Comey’s announcement that the Clinton email server investigation had been closed. The July poll began interviews two days after Comey’s announcement. 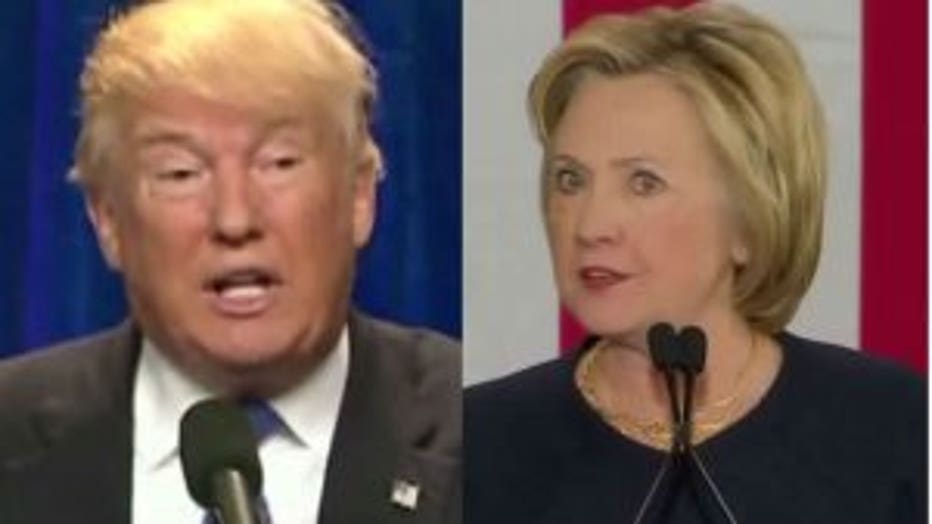 With the third-party candidates specifically mentioned in the question, independents divide 29 percent for Clinton, 30 percent for Trump, 15 percent for Johnson and 6 percent for Stein, with 20 percent saying they would vote for none of these candidates, would not vote or don’t know.

Divisions remain in both parties following a lengthy and contentious nomination process. 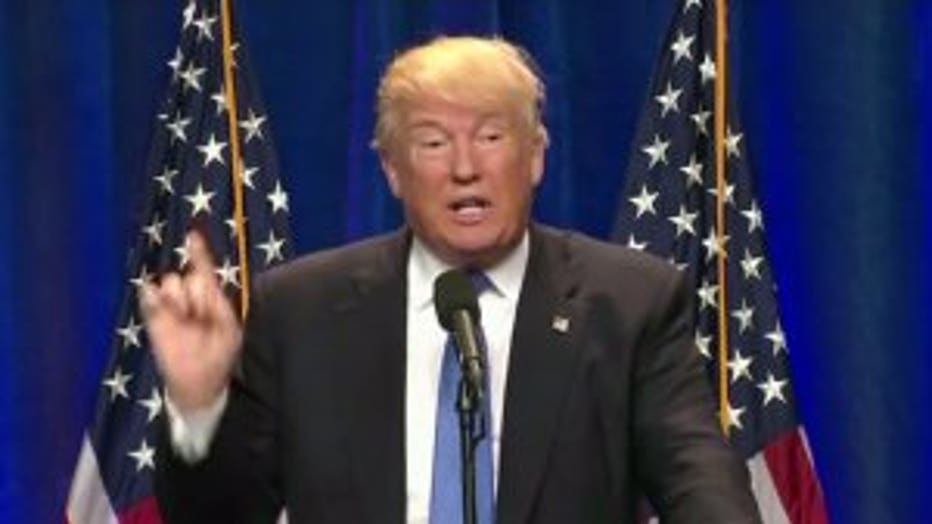 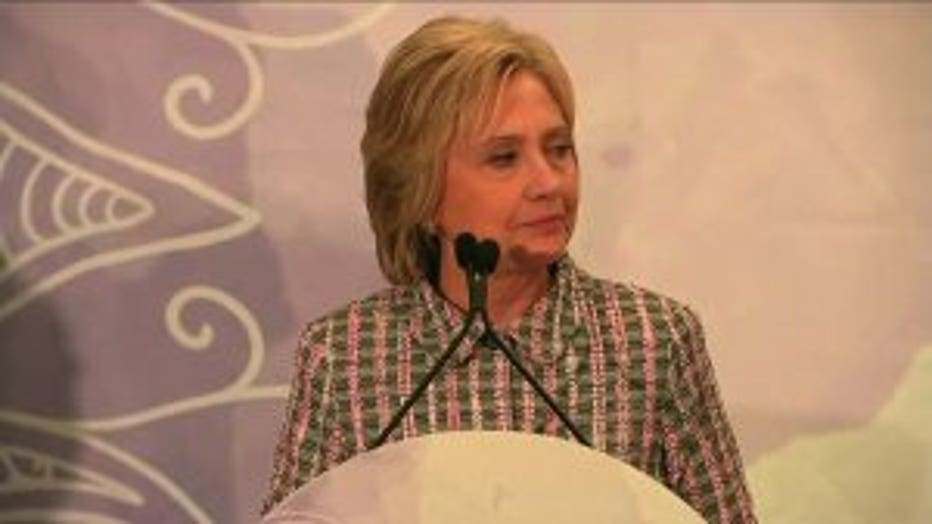 Registered voters were asked, “When it comes to marijuana, some people think that the drug should be fully legalized and regulated like alcohol. Do you agree or disagree with that view?” Fifty-nine percent say they agree while 39 percent disagree. In September 2014, when the poll last asked about marijuana, a different question wording was used: “Do you think the use of marijuana should be made legal or not?” In that poll, 46 percent said it should be legal and 51 percent said it should not be legal. 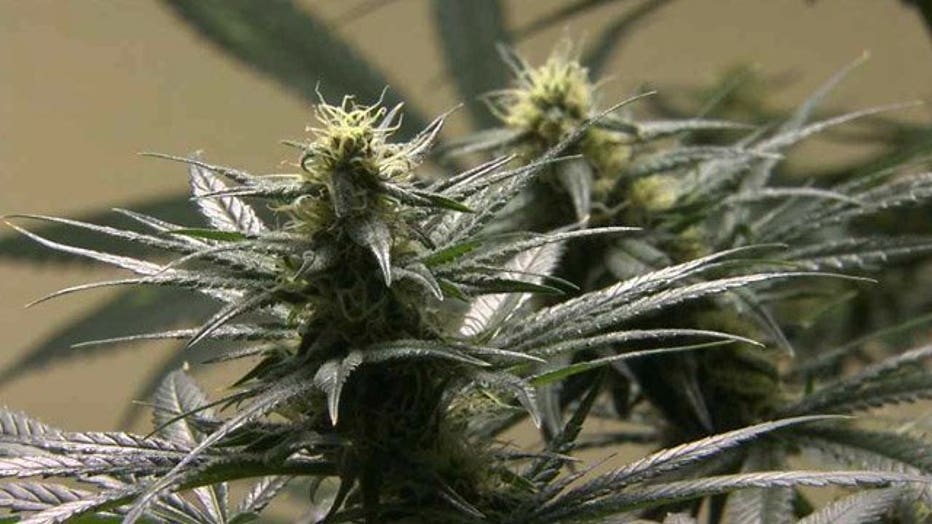 Sixty-two percent agree that heroin is a major problem where they live while 30 percent disagree.

Fifty-four percent agree that methamphetamine or “crystal meth” is a major problem in their area while 39 percent do not think so.

Approval of how Wisconsin Gov. Scott Walker is handling his job stands at 38 percent, with disapproval at 58 percent. In June, approval was 39 percent and disapproval was 57 percent. 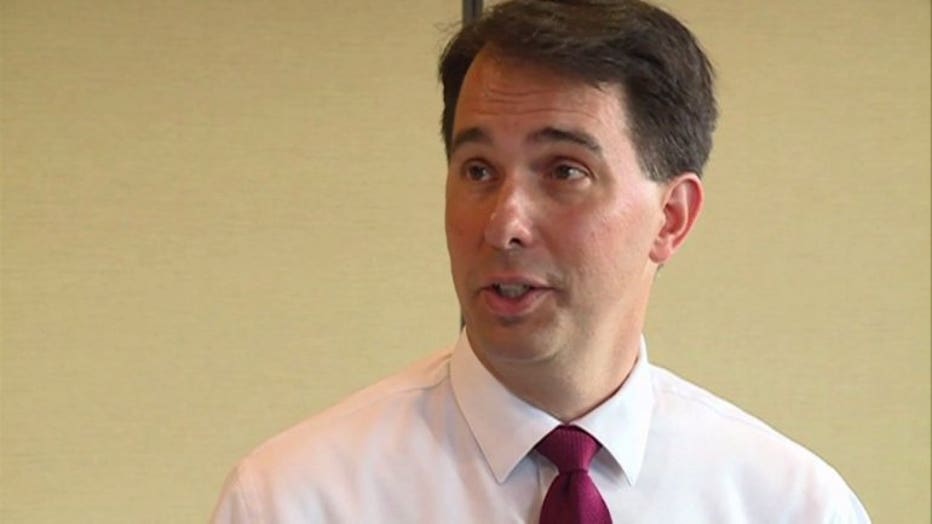 House Speaker Paul Ryan is viewed favorably by 48 percent of registered voters and unfavorably by 33 percent. Eighteen percent do not have an opinion of him. In June, 49 percent had a favorable opinion, 32 percent unfavorable and 18 percent were unable to say. 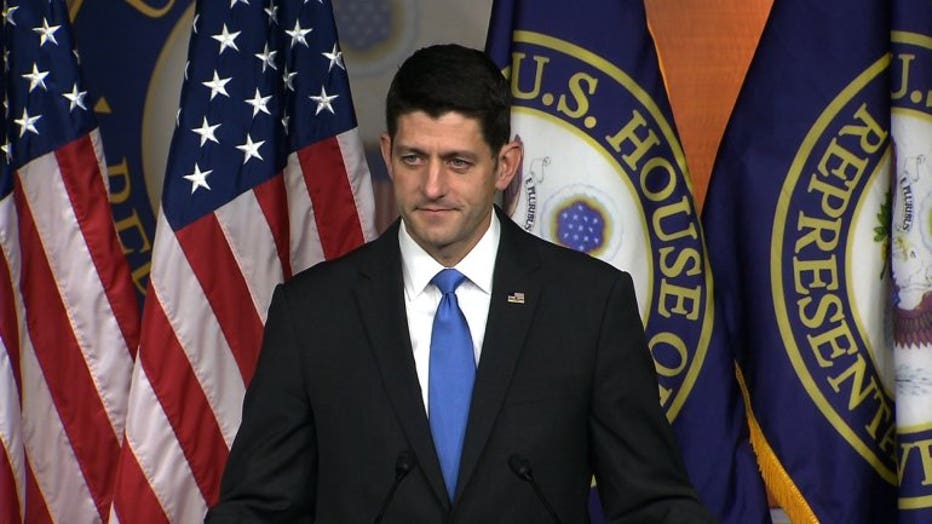 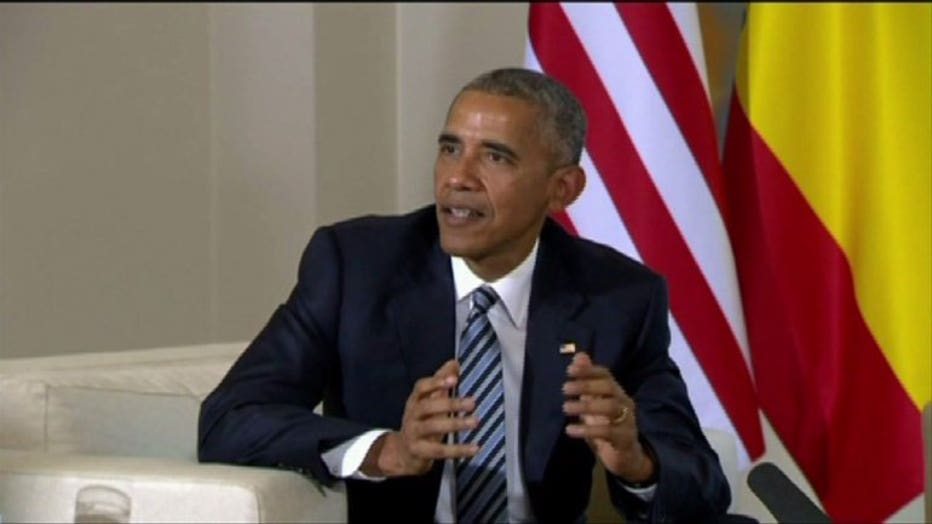 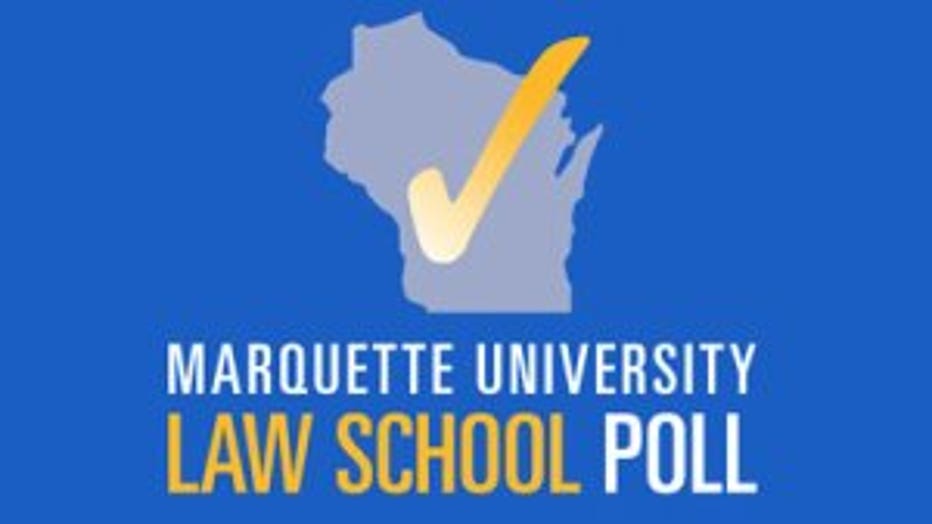 The Marquette Law School Poll is the most extensive statewide polling project in Wisconsin history. This poll interviewed 801 registered Wisconsin voters by landline or cell phone, July 7‑10, 2016. The margin of error is +/- 4.1 percentage points for the full sample. For likely voters, the unweighted sample size is 665 and weighted sample size is 629, with a margin of error of +/-4.5 percentage points.