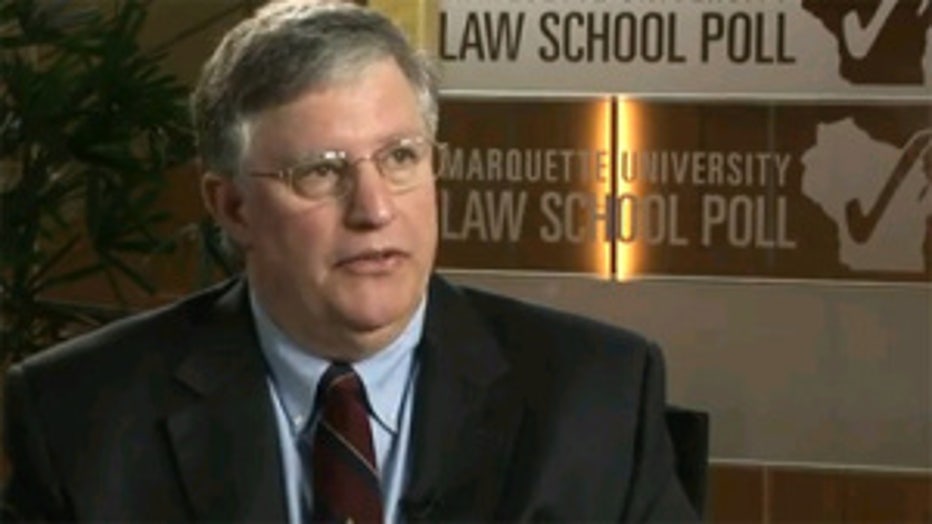 Dr. Charles Franklin conducts the poll -- a monthly snapshot of the state's attitudes and opinions on key political questions. Tuesday, Dr. Franklin unveiled the results of the March poll.

"There's an obvious shift in the vote to her if Barrett chooses not to run, but what looks like a pretty close primary election should he decide to get in the race," said Dr. Franklin.

In a potential Democratic primary, Barrett has the support of 36 percent to Falk’s 29 percent, with Kathleen Vinehout and Doug La Follette each at eight percent. A substantial 17 percent say they remain undecided. If Barrett is not a candidate, Falk holds a wide lead among Democratic primary voters, with 54 percent to 15 percent for La Follette and 12 percent for Vinehout, with 18 percent undecided.

The presidential primary is just one week away and the Marquette Law School Poll shows Governor Mitt Romney with a 39 percent to 31 percent lead over Senator Rick Santorum, reversing Santorum’s lead in February polls. Looking ahead to the November election, Romney trails President Barack Obama by 43 percent to 48 percent. In February Obama led by double digits. The new poll shows the rest of the Republican field also trailing Obama: 51 percent to Santorum’s 39 percent, 50 percent to Ron Paul’s 40 percent, and 53 percent to Newt Gingrich’s 36 percent.

You can view more poll results by CLICKING HERE.

The poll interviewed 707 registered Wisconsin voters by both landline and cell phone March 22-25, 2012. The margin of error is +/- 3.8 percentage points for the full sample.