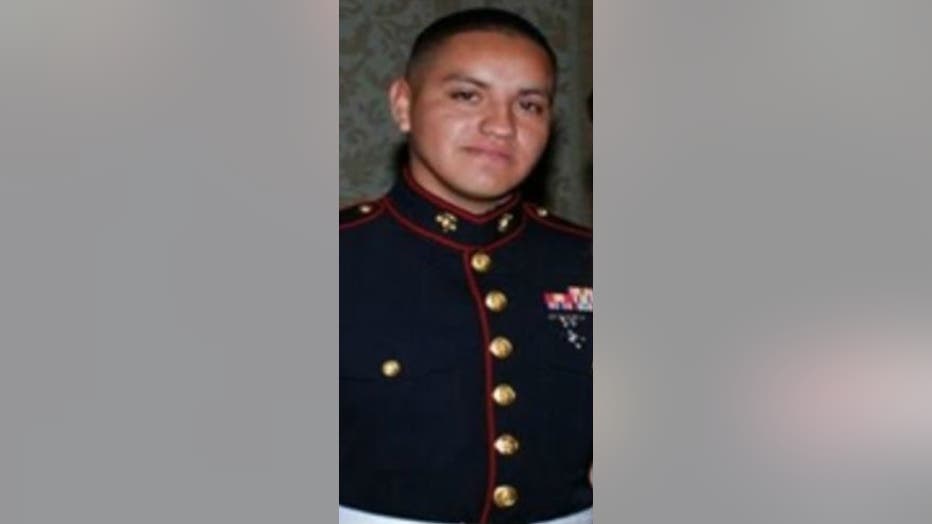 (CNN) -- The FBI is turning to the public for any information about the apparent kidnapping in Mexico of a U.S. Marine reservist.

Armando Torres, III was kidnapped, along with his father and uncle, by armed men in La Barranca, Tamaulipas, Mexico, on May 14, the FBI said.

Torres drove across the International Port of Entry Bridge at Progresso, Texas, to visit his father's ranch in La Barranca, Tamaulipas, the FBI said.

Shortly after he arrived at the ranch, armed gunmen entered the ranch and took Torres, as well as his father, Armando Torres II, and his uncle, Salvador Torres, by force, the FBI said.

The father and uncle are Mexican citizens and the three have not been seen or heard from since.

The state prosecutor's office in Mexico's Tamaulipas state told CNN that neighbors said the apparent kidnapping could be tied to a land dispute involving the Marine's father.

Torres, of Baytown, Texas, is a corporal in the Marine Individual Ready Reserve.

The State Department is aware of reports that a U.S. citizen had been kidnapped in Mexico, an agency official not authorized to speak for full attribution told CNN.

"The U.S. Consulate General in Matamoros is working with Mexican authorities to obtain more information. Due to privacy considerations, we cannot provide further information," the official said.

Mexican authorities have launched an investigation and the FBI has opened an international kidnapping investigation.

It is requesting anyone with information to contact the FBI-Brownsville Resident Agency Office.