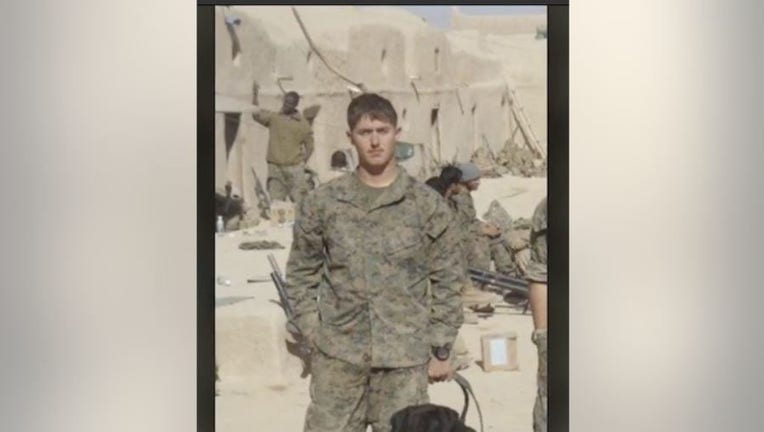 Marine Sgt. Kenny Kalish lost his left arm and both legs when he stepped on an IED in Afghanistan in 2011. (Fox News)

Marine Corps Sgt. Kenny Kalish knows too well the challenges facing many of America’s veterans — those with physical injuries like the ones he has and those whose wounds may be hidden from sight.

"Don’t hold anything in … If you’re having issues, you need to reach out to somebody," the wounded warrior told Eric Shawn on Fox News during a Sunday appearance in honor of Purple Heart Day.

"There is always somebody that you can call or talk to that will listen or at least get you the help that you need so you can better yourself mentally," he said.

"Because that’s where it all starts. Bettering yourself mentally before you can do it physically."

MARINE VETERAN, A DOUBLE AMPUTEE, STRESSES SERVICE TO COUNTRY ‘IN A DIFFERENT WAY’

Kalish was a bomb specialist working alongside black Labrador military dog Flynn when he stepped on an improvised explosive device (IED) in the Helmand Province of Afghanistan in 2011.

He suffered gruesome wounds, losing his left arm and both legs.

Flynn was taking a much-needed break at the time, Kalish said — and was spared injuries or worse.

The Marine credits the Semper Fi & America’s Fund (thefund.org) for helping him and other veterans get a new lease on life.

"You never feel like a burden to them. If you have to call your case manager, they're always there no matter what time of day. They just treat you as family."

"Don’t hold anything in … If you’re having issues, you need to reach out to somebody."

The fund helped Kalish and his parents get a wheelchair-accessible van, which gave the veteran much-needed mobility. 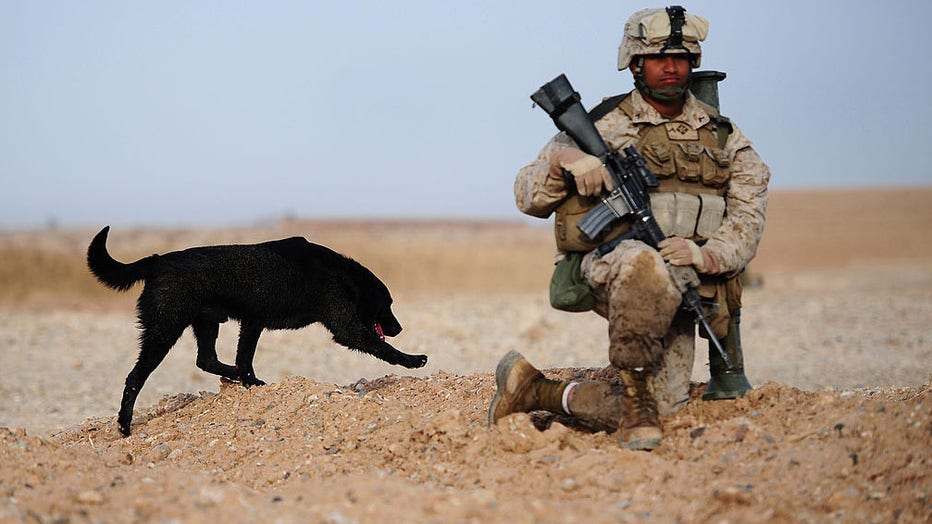 Bomb sniffer dog Corporal Ace searches for explosives near a US Marine from 1st Battalion in 2010. (CHRISTOPHE SIMON/AFP via Getty Images)

"That was the biggest thing for me," Kalish said.

"The first thing we did was go grocery shopping. I loved just getting away from the hospital."

Kalish still has big ambitions ahead.

"Eventually I’d like to do the Marine Corps Marathon," he said.

"I can work with the Semper Fi & America’s Fund to get training and participate in the Marine Corps Marathon one day." 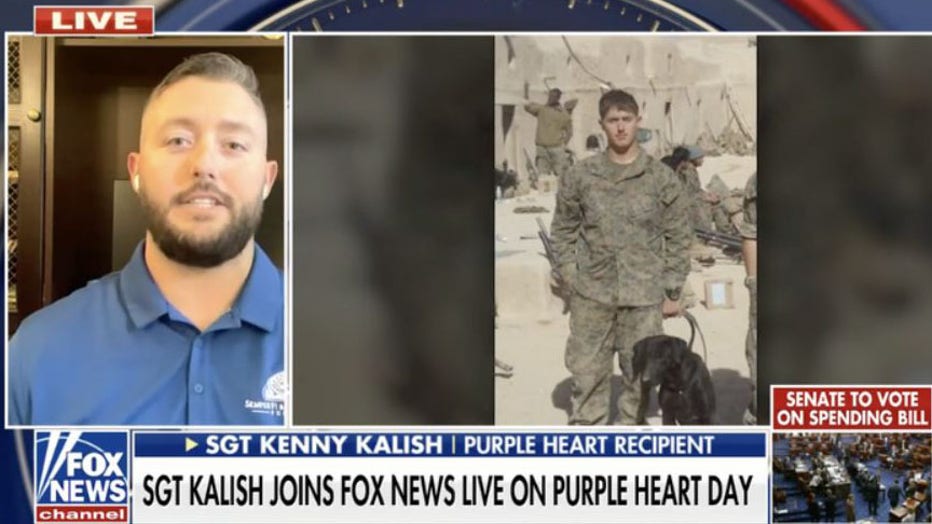 Marine Sgt. Kenny Kalish lost both legs and his left arm in Afghanistan. He credits the Semper Fi and America's Fund for aiding in his recovery. (Fox News)

Kalish was a trained dog handler who was working with bomb-detecting Flynn the day he was wounded.

The Marine had just given the hard-working dog a breather when he stepped on a 10-pound IED pressure plate.

During his Fox News appearance, he relayed how he was able to adopt Flynn in 2012 after returning to the United States.

"I was able to give him two years of just being a dog and not being a military working dog," Kalish said.

"He got a little fat there for a little while, but that’s all right."