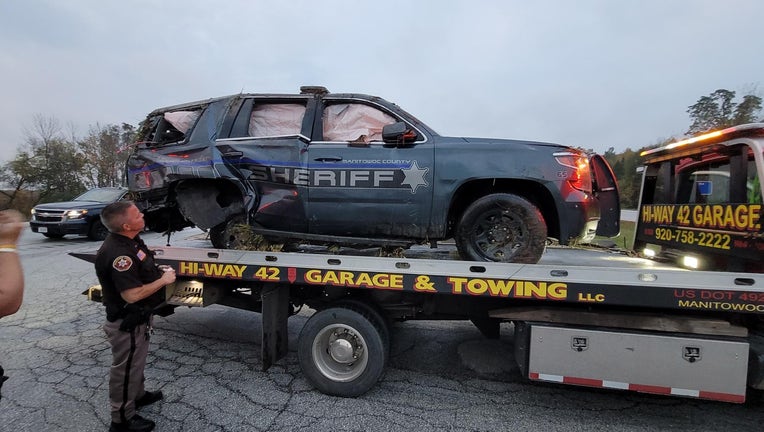 MANITOWOC COUNTY, Wis. - A Manitowoc Sheriff's deputy was injured after a car left the roadway and struck his parked squad on I-43 around 2:30 a.m. Sunday, Oct. 10.

A preliminary investigation shows the 23-year-old deputy was parked in the median turnaround of I-43 north of STH 310 in a fully marked Chevy Tahoe squad monitoring speeds of southbound traffic on I-43.

A Chevy Corvette operated by a 41-year-old resident of rural Francis Creek was traveling northbound on I43. The Corvette left the roadway and struck the Chevy Tahoe from behind.

The operator of the Corvette was extricated from the vehicle with the assistance of Jaws of Life. He was flown to a Green Bay hospital by ThedaStar Helicopter for severe life-threatening injuries.

The sheriff's deputy was transported to a Green Bay hospital by ambulance for non-life-threatening injuries.

The operator of the Corvette was arrested for OWI causing injury.

I-43 was closed down in both directions for five hours after the crash.

The Wisconsin State Patrol is leading an ongoing investigation, and no further information is being released.