CUDAHY -- Cudahy police were called out to a mobile home park on Packard Avenue near Ramsey Avenue Tuesday afternoon, Nov. 26 -- seeking a man wanted for a felony probation warrant violation.

Police said when the man's probation agent asked him to turn himself in, he refused to come in and threatened suicide with a knife.

Cudahy police established a perimeter at the mobile home park to try to negotiate with the man in an effort to take him into custody safely.

Mobile home park residents were asked to shelter in place during this effort. 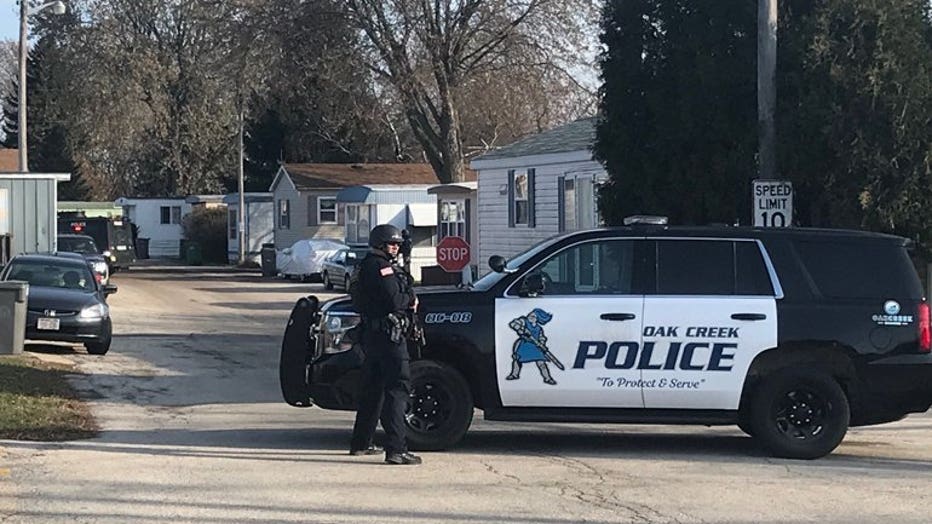 As of 3 p.m., the man was in custody after surrendering, police confirmed. He was being checked out by EMS at the scene after suffering injuries -- the extent not immediately clear. Police were investigating what caused the injuries but did not believe it was the result of law enforcement activity.