Man struck by car and robbed in the Bronx

The NYPD is searching for 3 suspects after a 39-year-old man was struck by the driver of a car and then robbed as he lay on the ground unconscious in the Bronx.

NEW YORK - A shocking video released by the NYPD shows a man being hit by a car in the Bronx before the people responsible for hitting him stole items from his unconscious body.

Police say the incident happened at around 6:40 a.m. on Saturday morning in the FoxHurst neighborhood. Surveillance video shows the victim, a 39-year-old man, attempting to jog the final steps across a crosswalk on East 169th Street when a black four-door sedan hits him.

The man is sent flying into the air from the force of the crash, landing on the sidewalk where he lays motionless.

The most appalling part of the video happens next, however, as police say two people got out of the car, ran over to the man's body, and stole his belongings before taking off from the scene.

Police say they returned and checked the victim's pockets again before finally leaving for good.

The victim sustained body trauma and was taken by EMS to NYC Health + Hospitals / Lincoln, where he was currently listed in critical condition. 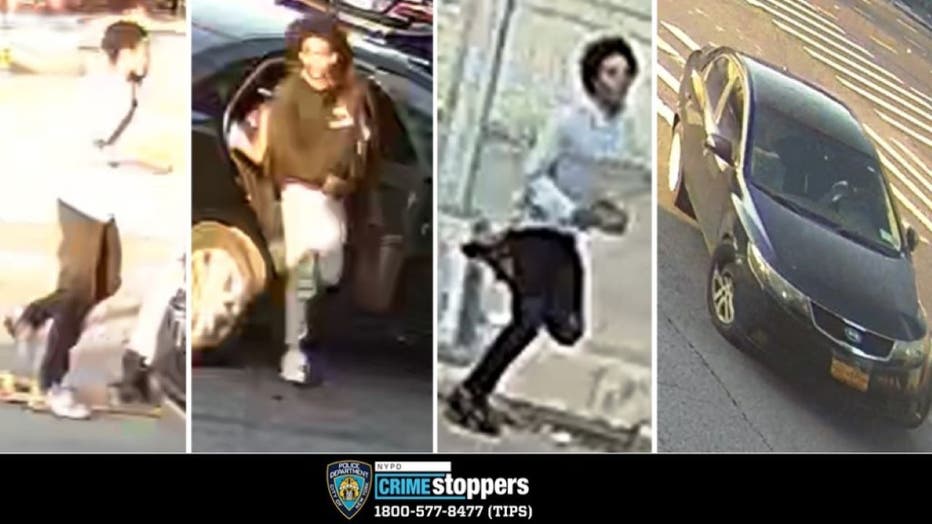 Anyone with information in regard to this incident is asked to call the NYPD's Crime Stoppers Hotline at 1-800-577-TIPS (8477) or for Spanish, 1-888-57-PISTA (74782). The public can also submit their tips by logging onto the Crime Stoppers website at https://crimestoppers.nypdonline.org/, on Twitter @NYPDTips.