An outdoorsman in Canada welcomed an unexpected sailor aboard after he saved a young coyote from drowning, and took the pup along for his 10-day rafting excursion. 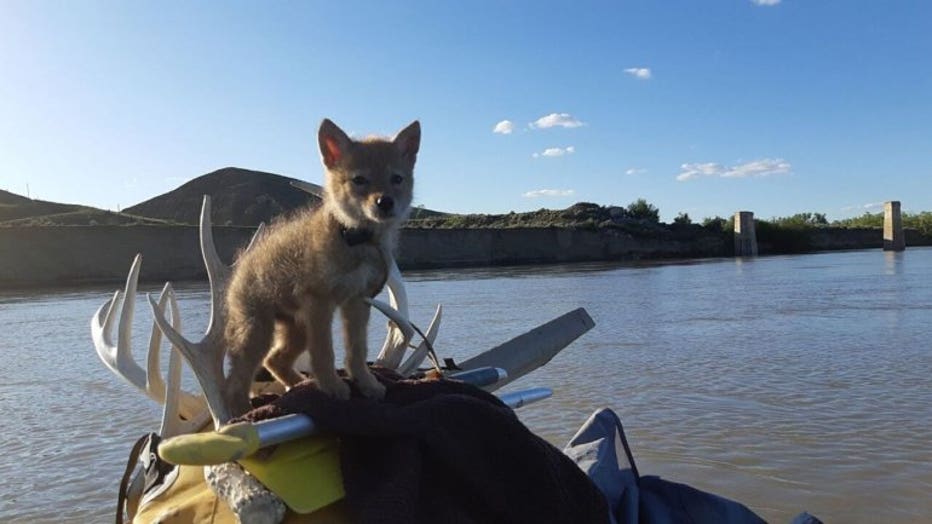 An adventurer named Justin was fishing during a recent rafting trip on the Red Deer and South Saskatchewan Rivers when he heard "something in the water squeak" – a drowning coyote pup he would ultimately save. (Wildlife Rehabilitation Society of Sask

Unable to discern what kind of creature was struggling in the "dark and murky" water, Justin reached for the animal — and fell in the "freezing cold" river, too.

“Luckily, Justin was somehow able to locate the animal - a coyote pup! - in the water AND catch his raft before it floated away for good!” the WRSOS said.

The pup was unconscious by the time they got into the craft, and Justin rushed to complete a "modified Heimlich maneuver" in hopes of revival. Fortunately, the coyote started breathing again, and the soaking wet new friends made their way back to land to warm up with a fire.

With limited Internet service available during his 10-day rafting excursion, Justin brought the coyote he named YipYip along for the ride, and “took really good care of him” throughout," the wildlife rehab said. 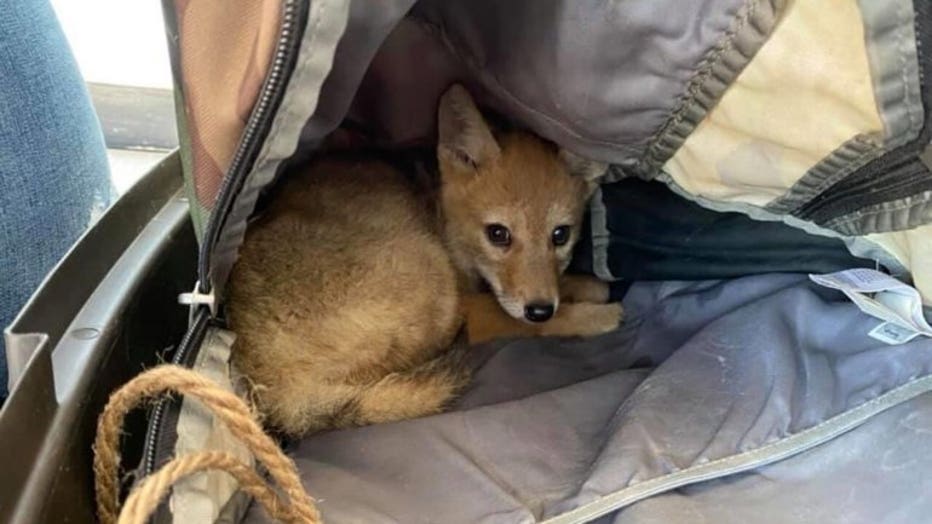 With limited service available during his 10-day rafting excursion, Justin brought the coyote he named YipYip along for the ride, and “took really good care of him” throughout," the wildlife rehab said. (Wildlife Rehabilitation Society of Saskatchewa

“The little pup would eat with Justin, cuddle in his jacket, and sleep in his backpack while they rafted down the river," WRSOS explained. “Eventually, Justin was able to find a place where he could get service and call his wife for advice.”

The couple eventually got in touch with WRSOS, and YipYip is now being cared for at a specialized coyote rehab center, according to the Shropshire Star.

Per the outlet, WRSOS president Bonnie Dell told the PA news agency that YipYip is doing well and quickly befriended his new “siblings” — the other orphaned coyote pups.

“He is wilding up, has a healthy fear of humans now and will be released back in to the wild in the fall,” Dell said.