MILWAUKEE -- The Milwaukee Fire Department responded to a duplex fire around 8:00 a.m. Tuesday, April 10th. While attempting to put out the flames, authorities say they found a man in his 30s dead in the basement of the two-and-a-half story wood-frame duplex near 38th and Meinecke.

The victim was found inside a bedroom in the basement. "When we arrived, we saw smoke coming from the basement, and we laid some lines out to attack the fire. While we were attacking the fire, we found the victim in the basement. We brought him out and he was not breathing, and he had no pulse. We took him to the paramedic unit, and they attempted to resuscitate him, but they were unable to, and he was pronounced dead on the scene," Deputy Fire Chief Michael Romas said.

Family members have identified the victim as 37-year-old Glenn Walker. Wednesday, April 11th, the Milwaukee County Medical Examiner's report confirmed Walker's identity and said his cause of death was from smoke inhalation.

The Medical Examiner's report said Walker had been listening to a car radio that was connected to a car battery, connected to a charger. The preliminary investigation indicates the charger failed, and caught fire.

Walker's cousin, Fred Williams, says Walker grew up in the house, and was living with his sister and her three children. Family members say Walker's sister and children were out of town on a family trip at the time of the fire. "He was well-known over here. If they needed something done, he don't mind helping somebody clean up. If he sees somebody breaking into somebody's car or something, he'll go call the police on them, and he'll go run out there and try to do something for them," Williams said.

The Milwaukee Fire Department says this tragedy is a result of not having working fire alarms in the home, and stressed the importance of each home having working alarms. Fire officials went door-to-door in the area Tuesday, installing free smoke detectors in several homes. "Fires can start anywhere, at anytime, so by having the smoke detectors, it could prevent a lot of people dying and houses burning up," Nick Freeman said.

The victim's body was taken to the Medical Examiner's Office. The cause of the fire remains under investigation, but Milwaukee police don't suspect any foul play. Damage to the house and its contents is estimated at $35,000.

If you are a city of Milwaukee resident and need a smoke detector, call the Smoke Detector Hotline at (414) 286-8980. 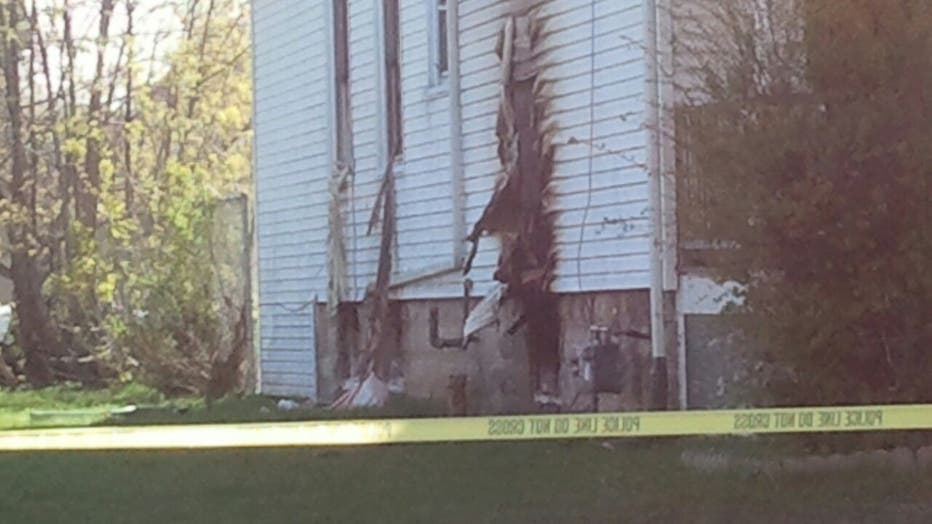