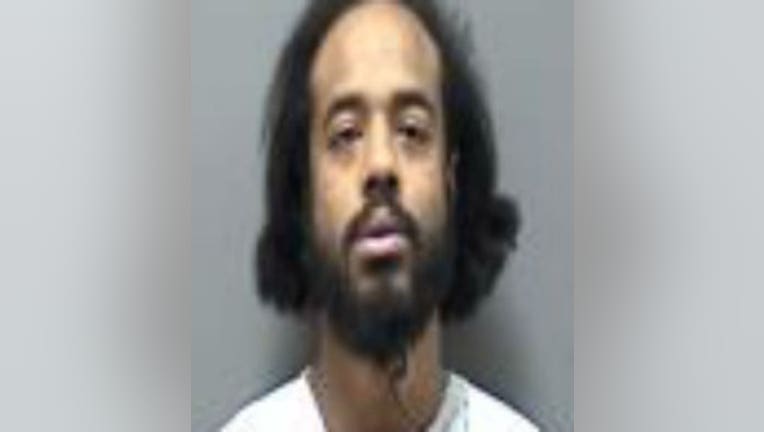 RACINE COUNTY -- A man with a lengthy criminal history is facing multiple charges in connection with a pursuit that began in Franklin and ended in Racine County. Sheriff's officials say the driver had six passengers, including a 14-year-old boy. When the vehicle was finally stopped, prosecutors say they found it to be filled with stolen items and synthetic marijuana.

A criminal complaint notes a history of convictions dating back to 2005 for possession of THC, resisting or obstructing, bail jumping, disorderly conduct, retail theft, operating while suspended and operating without a license.

According to a criminal complaint, on April 20, around 6:30 p.m., investigators learned of a pursuit on I-94/41 southbound near 8 Mile Road, after a vehicle eluded officers in Franklin. The complaint says the vehicle was linked to several thefts in Franklin.

A deputy in a marked squad approached I-94/41 eastbound on State Highway 20 when it was learned the suspect vehicle was headed southbound on West Frontage Road, approaching County Highway C -- possibly turning into a nearby Wendy's parking lot. The vehicle was observed to have been occupied by several black males and headed southbound on West Frontage Road across State Highway 20. The deputy followed it into the Grandview Industrial Park. The vehicle continued southbound, before turning eastbound, reaching the construction area on South Sylvania Avenue. The deputy followed until the construction signage blocked the roadway near Sylvania Airport. The vehicle turned westbound into a driveway before continuing around a warehouse and traveling into a grassy area behind the warehouse. The ground was soft and wet, and the deputy and suspect vehicle sunk into the lawn as a result.

The complaint says a 14-year-old boy who appeared to be crying, exited the vehicle with his hands in the air. He was a rear passenger. There were six other occupants, including the driver -- Jaquan Collins. The complaint says they were ordered to lay on the ground with their hands behind their back, and all complied except for Collins, who said "y'all can put those guns down." The complaint says he eventually complied with orders.

The pursuit reached speeds in excess of 70 miles-per-hour through a construction zone, according to the complaint.

Other people in the vehicle indicated they had been smoking marijuana earlier in the day, according to prosecutors.

Collins made his initial appearance in court on April 23. Probable cause was found for further proceedings. Cash bond was set at $15,000. A preliminary hearing was set for May 2.