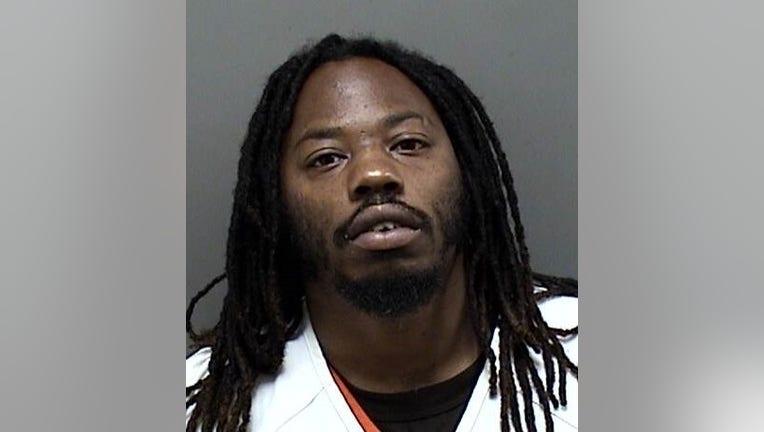 RACINE - Criminal charges have been filed in connection with a fatal shooting that happened Saturday, Aug. 8 in Racine. Edward Sanders, Jr., 31, of Racine is facing one count of first-degree intentional homicide, use of a dangerous weapon in the death of Guillermo Martinez, 23.

According to the criminal complaint, officers were dispatched to the area of Douglas Avenue and High Street around 10:15 p.m. on Aug. 8 for a shots fired complaint.

Upon arrival, police observed a loud commotion and a group of individuals in the parking lot of Outbreak Billiards. The complaint indicates the group of people were attempting to provide lifesaving aid to Guillermo Martinez.

Martinez was pronounced dead at the scene. An autopsy determined he died as a result of gunshot wounds to the left arm and torso.

Investigators located Edward Sanders, Jr. inside Outbreak Billiards. Upon contact with Sanders, he advised investigators that he called 911 and placed his gun on the bar.

According to the complaint, Sanders told investigators that he and his brother confronted a group about reaching into his car -- and an argument started. Sanders claims two guys sucker-punched his brother. That's when Sanders says he jumped back, pulled his gun, and told the others to get back. He claims Martinez ran at him and he shot him in the shoulder.

Sanders told investigators that he was "not trying to kill him" and that he "had a valid CCW," according to the complaint.

Investigators then viewed a video clip from outside of Outbreak Billiards -- which showed Sanders enter the screen between two parked cars, retrieve a handgun from his right side, and point his right arm out toward witnesses who were standing behind the vehicles. It appears he was tracking the witnesses with his gun, according to the complaint.

The complaint indicates Sanders is seen walking back and forth in front of one of the vehicles and further engages a person who appears to be Martinez. Martinez is seen partially coming into view, at which point Sanders shoots him. Sanders moves to the front of the vehicle and appears to shoot a second time.

The video does not show Sanders getting assaulted or attacked, according to the complaint.