MILWAUKEE (WITI) -- 24-year-old Angelo Cruz of Milwaukee is facing multiple charges for a shootout that occurred between him and Milwaukee police officers. The shootout occurred in a Milwaukee neighborhood in broad daylight on November 30th.

Cruz is facing the following charges: 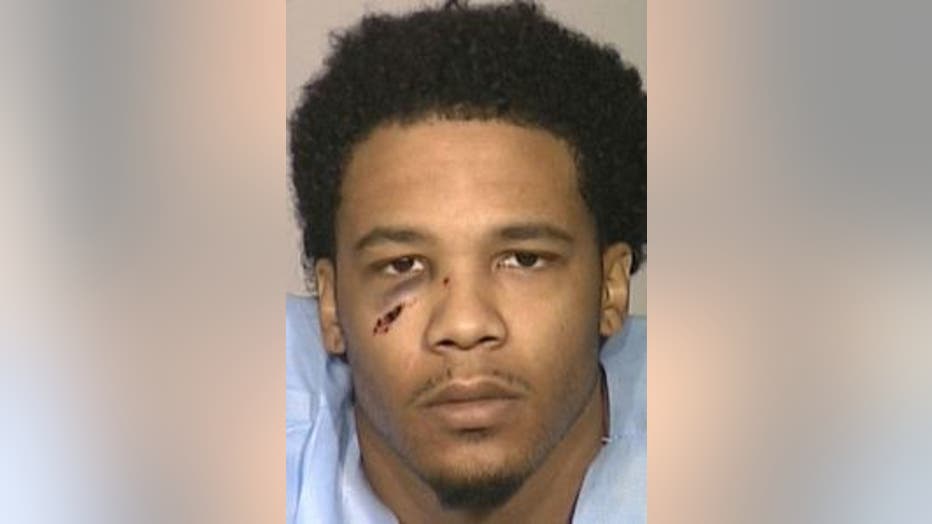 Police say it started after they spotted a motorist, later identified as Cruz, driving recklessly on W. Fond du Lac Avenue. During that time, police activated their sirens and stopped Cruz, according to the criminal complaint.

Following the crash, a Milwaukee police officer placed his squad directly against Cruz's car door, in an effort to prevent him from escaping. During that time, Cruz exited through the passenger side of the vehicle and fled the scene on foot.

A surveillance camera captured Cruz minutes later, heading down an alley near 46th and Keefe. The video shows a few squads passing by, before an officer pulls into the alley. He exits the vehicle and Cruz fires multiple shots.

The officer appears to radio for backup, then takes cover behind a tree.

Shots were exchanged, until the officer walks across the alley with his weapon raised, and goes out of the camera’s view.

The surveillance video shows more squads arriving on scene, and then an ambulance.

Finally, Cruz, who sustained non-fatal gunshot wounds to the shoulder and leg areas, was rolled down the alley on a gurney.

Following the arrest, police linked Cruz to an attempted armed robbery that occurred on October 18th at a Citgo gas station on West Villard in Milwaukee.

According to the criminal complaint, the firearm used in the attempted arm robbery is consistent with the firearm recovered from Cruz following the November 30th shootout.

Cruz is facing one count of endangering safety by use of a dangerous weapon (pointing) in connection to the robbery.