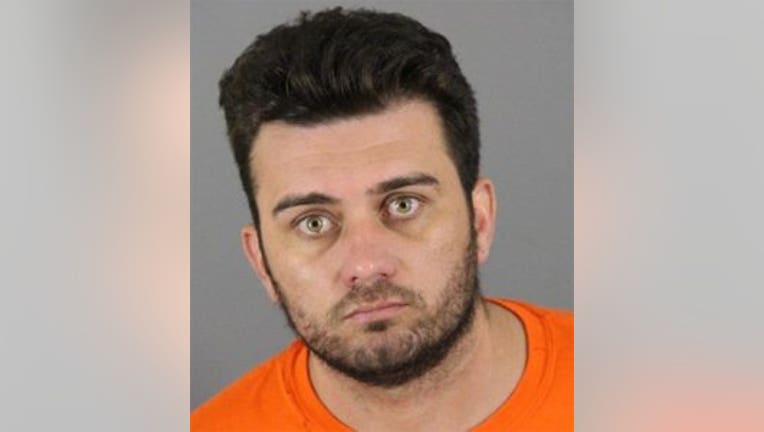 According to the criminal complaint, the president and CEO of Enterprise Credit Union in Brookfield called police on July 18 to alert them about multiple incidents of fraud that had occurred at their location. All incidents happened in a short period of time -- and involved the automated teller machine (ATM). The officials provided police with a list of 35 separate transactions which appeared to be fraudulent beginning on July 17 and continuing into the morning of July 19. The credit union official said he "believed the suspect was using fraudulent credit cards" and obtained "approximately $10,000" from the ATM. The complaint says video surveillance of the incidents was obtained.

After police took their report, the credit union shut down the ATM to prevent further thefts. Later on July 19, the suspect returned to the credit union. He apparently went inside the credit union and "was inquiring why the ATM was not working." During this time, police arrived and took custody of Martins Da Silva -- who matched the suspect depicted in the surveillance video conducting the suspicious transactions.

When police did a search of Martins Da Silva's rental vehicle, they found a card reader, the complaint says. Police say the card reader was "used to alter magnetic strips on financial cards" and "can be operated by use of a smart phone."

When questioned by police, Martins Da Silva indicated "he grew up and resided in the country of Brazil, through college. The defendant stated he had come to the Milwaukee area from San Francisco, California, because of lower rent and better Uber driving opportunities." Martins Da Silva "later admitted that he obtained full credit card numbers on the dark web" and "utilized the card reader found in his possession" to encode the information onto his debit card. The defendant indicated "he was aware that his activity was illegal." Martins Da Silva also indicated he sent about 80 percent of the money he obtained to Brazil -- and kept the rest for himself.

Martins Da Silva made his initial appearance in court on Wednesday, July 24. He is expected back in court on Sept. 12 for a preliminary hearing.