CALEDONIA (WITI) -- 45-year-old Raymond Gullan of Caledonia now faces two criminal charges for allegedly maintaining a marijuana grow operation at his home. He faces a felony of possession with intent to deliver and a misdemeanor count of carrying a concealed weapon.

Racine County deputies say they found a sophisticated pot growing operation on Gullan's property. Deputies shared pictures of the more than 130 plants, heat lamps and more than 40 grams of hashish. 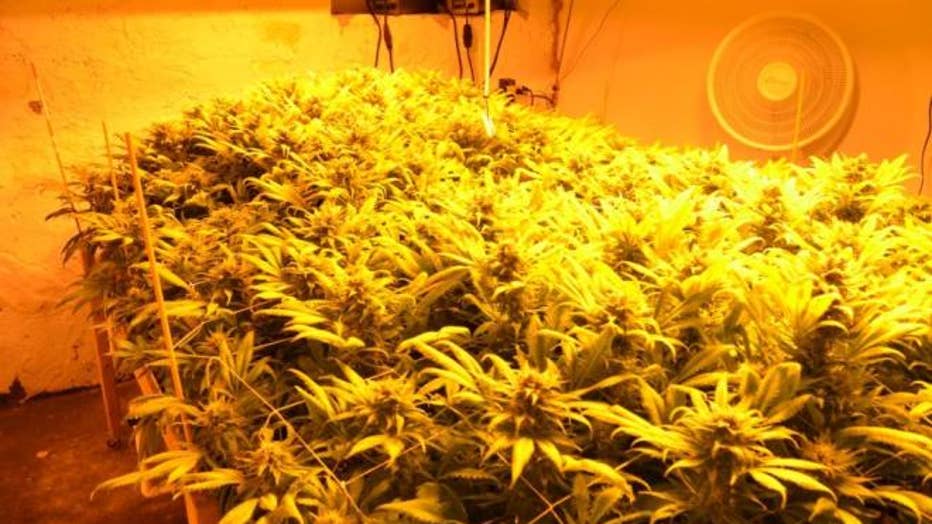 A two-page criminal complaint against Gullan says members of the Racine County Metro Drug Unit set up a controlled buy on Tuesday, June 25th at the Renaissance Cinema in Sturtevant using a confidential informant. The complaint says Gullan showed up and was arrested.

In Gullan's car deputies found more than 130 grams of marijuana, a semi-automatic handgun, pepper spray, knives and ammunition. The drug operation was found later in the day at Gullan's house

Gullan spent a night in jail and put up the $5,000 to bond out on Wednesday. Gullan is due back in court for his preliminary hearing on Wednesday, July 3rd. If convicted, if faces more than four years in prison.