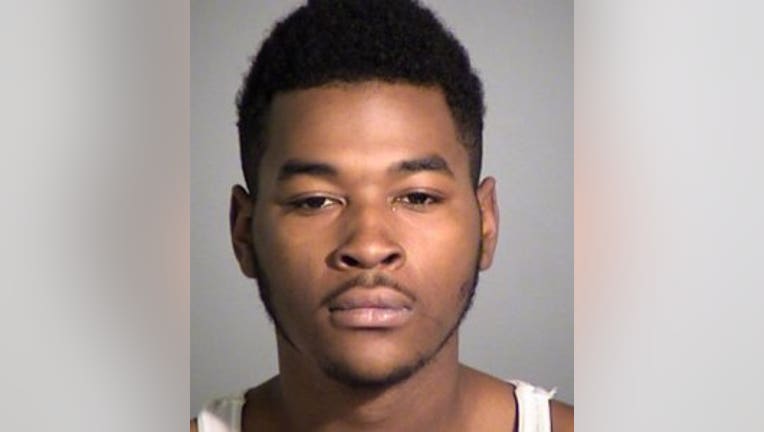 MILWAUKEE -- A Milwaukee man accused of firing shots at officers near 7th and Oklahoma in February 2017 amid a drug investigation was sentenced to prison on April 25.

Brian Clark was found guilty by a jury in March -- convicted on five felony counts:

Clark was sentenced to serve a total of 24.5 years in prison, and 10 1/3 years' extended supervision, along with 30 hours of community service. 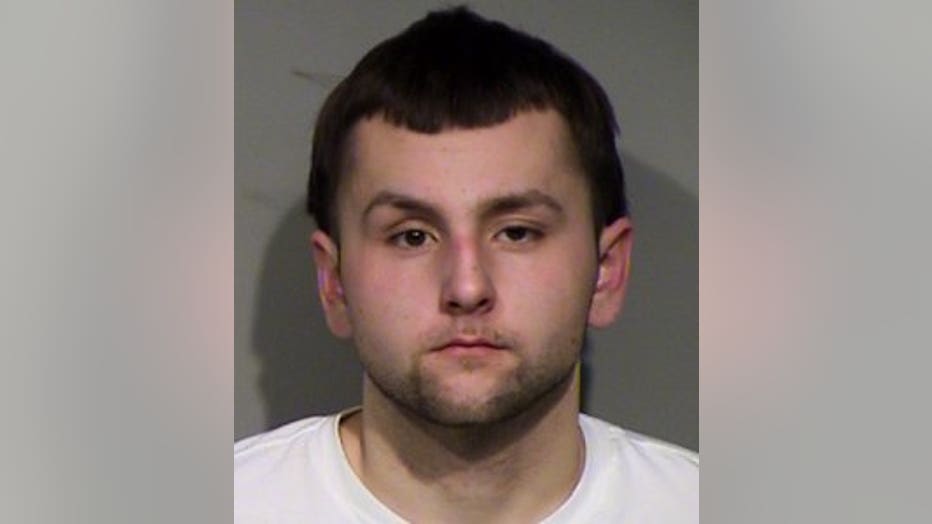 His co-defendant, Dyllan Mahoney, 27, of Milwaukee, on April 30 pleaded guilty to three counts:

Mahoney was sentenced to serve three years' probation, along with 25 hours of community service and 365 days' conditional time in the House of Correction. He was ordered to report by May 19, and was granted Huber release. Prison sentences on each of the convictions were stayed.

Charges filed against a third defendant were dismissed by prosecutors in June 2018.

Clark was arrested in Indianapolis on March 8, 2017, police said.

According to a criminal complaint, on the evening of Feb. 26, 2017, members of the Milwaukee Police Department's "Robbery Task Force" were attempting to locate a black Audi, which was suspected to have been stolen. Several Robbery Task Force officers were working in an undercover capacity. The complaint said two officers observed a black Audi SUV with tinted windows and dealer plates, which matched the description of the suspect vehicle, in the area near Howell and Chase. The officers spotted a man standing outside the Audi, who eventually got back inside. When the officers broadcast the description of the vehicle to other officers, they learned that two other vehicles had made contact with the Audi, and investigators suspected the vehicles were involved in drug transactions.

As an officer in a marked squad car pulled into the parking lot of the Dollar Tree store in the area -- where the Audi was parked, the complaint said the vehicle took off at a high rate of speed -- heading northbound on Howell. Four officers attempted to follow it, but were unable to because it was traveling in a reckless manner and blowing red lights at a high rate of speed.

The Audi was eventually spotted again near 7th and Oklahoma.

According to the complaint, when one squad pulled into the parking lot, it was observed that Clark was standing next to the Audi. Another man was standing behind him -- later identified as Mahoney. 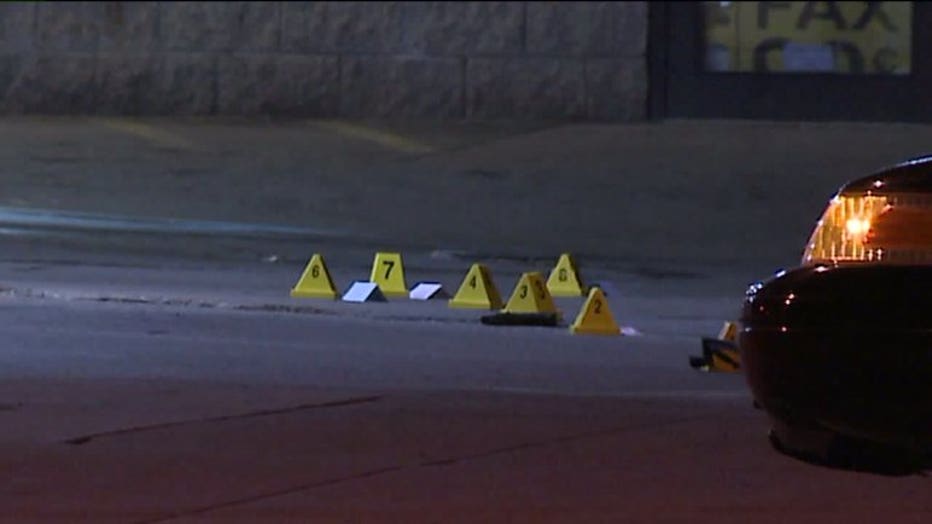 Shots fired at officers near 7th and Oklahoma

A witness told investigators Clark "shot immediately" and "it seemed like he was trying to take out the officer." The witness said Clark was using the Audi's door as a shield.

Dyllan Mahoney was arrested at the gas station where this shots fired incident took place. The complaint said heroin, pills (alprazolam and oxycodone), and crack cocaine were found in his pants pocket.

A black handgun, which had been reported stolen -- taken in a burglary in Greendale on Feb. 6, 2017, was found on the ground where the Audi had been parked. 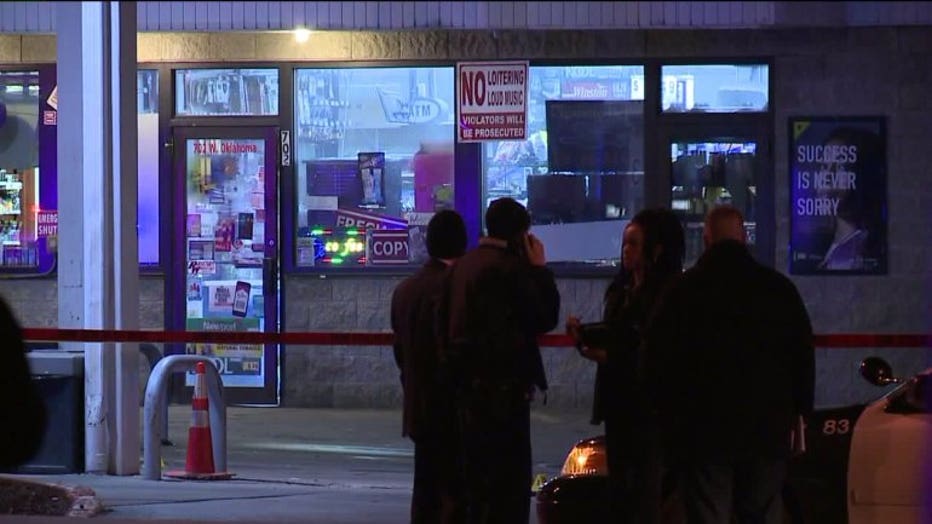 Shots fired at officers near 7th and Oklahoma

In a statement to investigators, Mahoney said he was purchasing drugs from the shooter on Feb. 26, 2017. He identified Clark as his drug dealer and said he "buys drugs from (Clark) almost every day." Mahoney said on Feb. 26, 2017, he and his friend wanted to buy drugs -- "oxy" pills, heroin and crack cocaine, so he called Clark. They agreed to meet at the Dollar Tree near Morgan and Chase.

According to the complaint, while the drug deal was going down, Clark said "gotta go," and took off in the Audi, which Mahoney had entered. Mahoney didn't have time to exit the vehicle as it fled the Dollar Tree. During the subsequent pursuit, Mahoney said Clark told him he was going to drop Mahoney off, so they pulled into the gas station at 7th and Oklahoma. Shortly thereafter, Mahoney said a Honda came racing into the parking lot, and he soon heard approximately seven gunshots. He said he started to run, when he was tackled from behind and arrested. 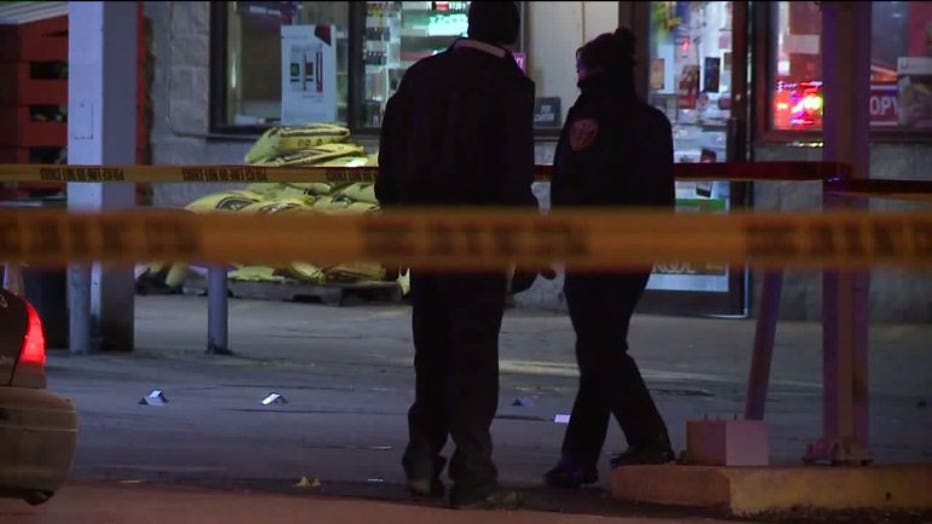 Milwaukee police officers shot at near 7th and Oklahoma 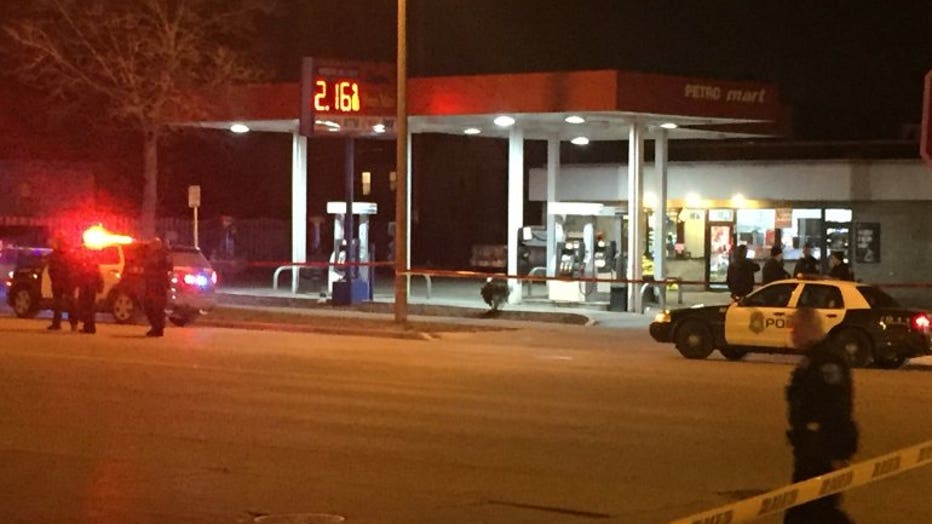 Police on scene at 7th and Oklahoma

Investigators located and spoke with the Audi's owner, who said he had last seen his vehicle on Feb. 20, 2017, parked on the street on N. Cramer Avenue. When the owner learned it was missing, he said a key was also missing. It's unclear whether that key fell from his pocket or whether it was in his home. A neighbor reported seeing a white vehicle stopped next to the Audi, and an unknown black male got out of that vehicle and into the Audi. Both vehicles then fled the scene.