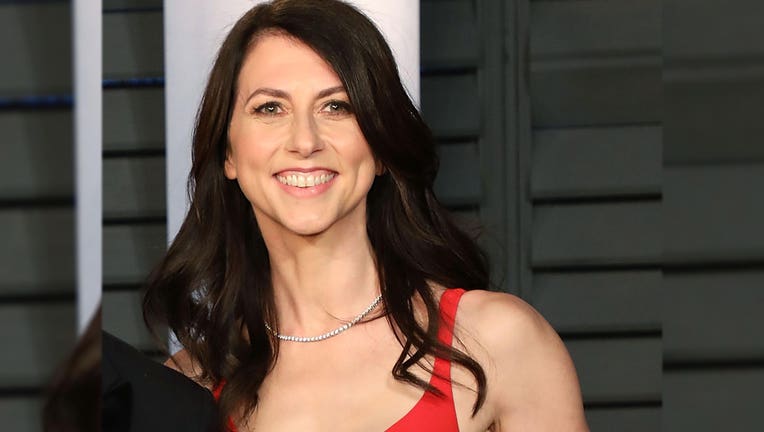 Billionaire philanthropist MacKenzie Scott revealed that she has donated nearly $4 billion to 465 nonprofits according to a blog post Wednesday, confirming the gifts that the groups have been announcing on their own for months.

The announcement brings Scott’s publicly disclosed donations to more than $12 billion since 2019, including Tuesday’s announcement of a $436 million donation to Habitat for Humanity International and 84 of its affiliates to create affordable housing. That donation is the largest publicly disclosed gift from Scott and her husband, Dan Jewett, so far.

Also on Wednesday, Planned Parenthood Federation of America and 21 of its affiliates received its largest gift ever — $275 million — from Scott, who detailed the recipients of $3,863,125,000 in donations, though not individual amounts.

"Our team’s focus over these last nine months has included some new areas, but as always our aim has been to support the needs of underrepresented people from groups of all kinds," Scott wrote. "The cause of equity has no sides. Nor can it have a single solution."

For that reason, she believes in "supporting people directly experiencing inequities is essential, both because it is informed by insights no one else can contribute, and because it seeds power and opportunity within the community itself."

According to Scott, 60% of the groups she and Jewett donated to are led by women and 75% are led by "people with lived experience in the regions they support and the issues they seek to address."

Scott, who declines interviews and only discusses her philanthropic choices through her blog posts, explained that she believes in a "diversity of voices" and that belief drives many of her decisions about announcing her giving. "It’s what underlies my approach to press inquiries — respecting the autonomy and role of journalists by doing nothing to try to influence or control what they report," she wrote.

Scott, who is worth about $48 billion according to Forbes, signed the Giving Pledge through which many billionaires have promised to donate more than half of their wealth.

Scott’s blog post touched off a wave of nonprofits announcing their plans for the donations.

HIAS, the international Jewish humanitarian organization, said Scott donated $10 million to its campaign to raise $40 million for its emergency response in Ukraine. "HIAS has been working in independent Ukraine for over 20 years, working with Ukrainians and launching a Ukrainian-led organization (Right to Protection - R2P) to protect and welcome asylum seekers from other countries as well as displaced Ukrainians themselves," Mark Hetfield, president and CEO of HIAS, said in a prepared statement.

Community Catalyst, a healthcare reform nonprofit in Boston, announced it received $25 million and would use the funds to help "create a health system rooted in race equity and health justice."