WASHINGTON - Ever heard of a Flamin’ Hot Cheetos tamale? Well, now you have.

A Washington man decided to create a Flamin’ Hot Cheetos tamale to spice up his family’s Christmas Eve tradition, but his family was not so thrilled with his rendition.

Art Hernandez, a resident of Washington, shared footage of his process of making a traditional Mexican tamale, but with a twist.

In the video, a fairly large bag of crushed hot Cheetos was being poured into what appears to be masa, the corn filling for tamales, which then transitioned into the bright red mix being placed in its traditional corn husk, filled with meat.

According to Hernandez, making tamales on Christmas Eve has been a hallowed tradition in his family for as long as he can remember, but his mother was not so thrilled with his new interpretation. 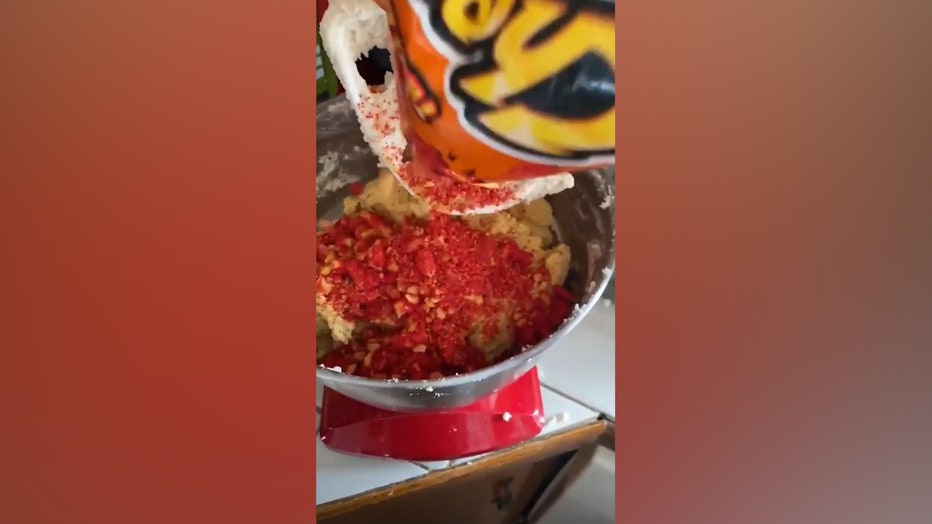 Hernandez said he first introduced the controversial tamale to his family eight years ago when he added regular Cheetos into the masa for his son.

Despite the divisiveness the Flamin’ Hot Cheetos tamales have created in his household, Hernandez’s wife and mother will not go hungry — they make their own classic tamales to forgo the family tradition.

Adding hot Cheetos to food is not a new phenomenon, and in fact has become a popular addition to many a meal, such as fried chicken, or even as a topping for Mexican corn.

Back in 2017, Reynold’s Kitchen decided to hop on the hot Cheeto bandwagon and came out with their own Cheetos Flamin’ Hot turkey recipe.

RELATED: Spice up your Thanksgiving with this Flamin' Hot Cheetos turkey

The unusual sushi roll is made with spicy imitation crab, crushed Flamin’ Hot Cheetos, avocado, cream cheese and cucumber and topped with a drizzle of hot mayo and oil. The ingredients were picked to deliver both spicy and cooling flavors.

FOX News and Storyful contributed to this report.