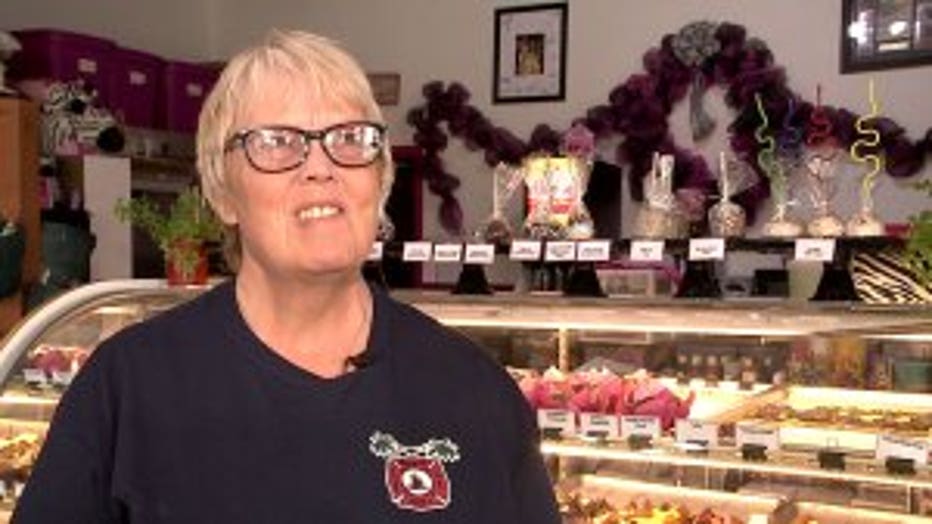 CUDAHY -- The owner of a Cudahy bakery on Sunday, June 16 honored a fallen Milwaukee Police Department K-9 with a fundraiser for MADACC.

"Any time you lose a life -- no matter if it's human or canine -- it's sad," said Jen Clark, owner of Jen's Sweet Treats.

The Milwaukee Police Department tragically lost K-9 Agu on June 6. Agu, a German Shepherd, passed away due to complications with cancer. 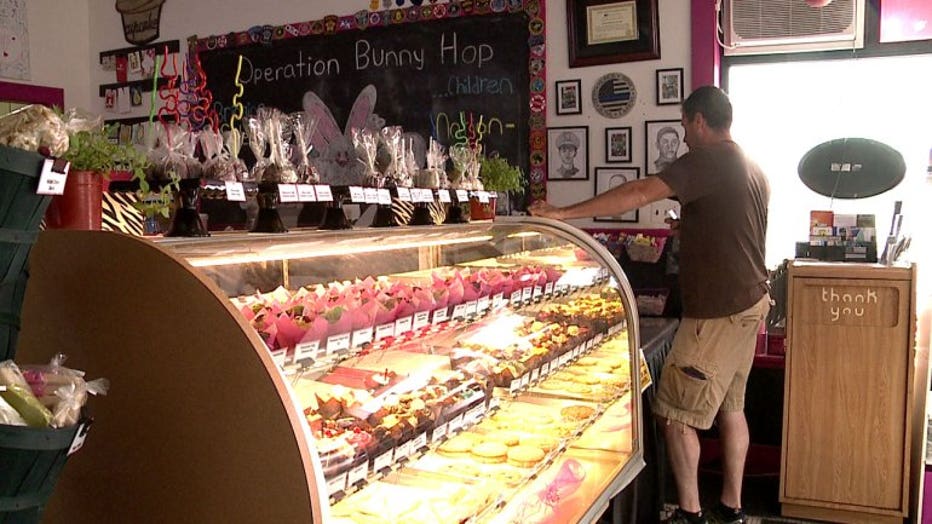 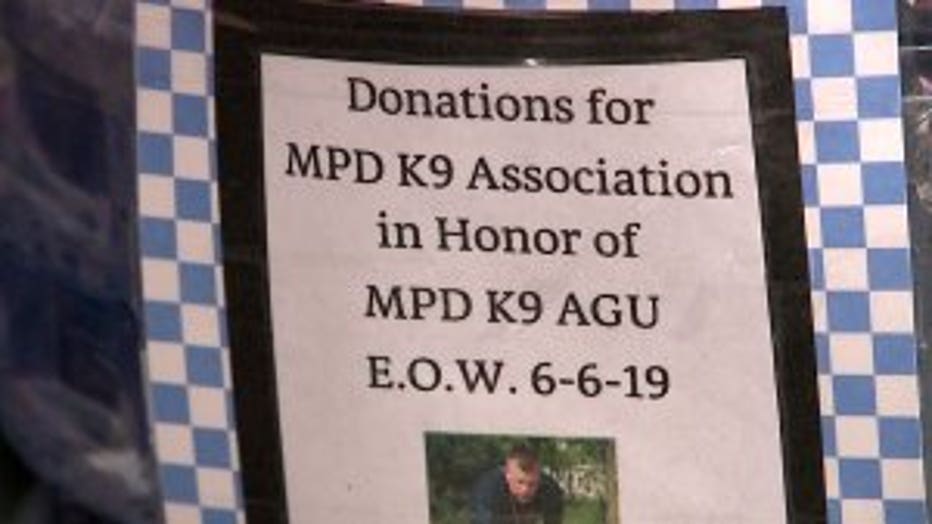 "We've got a cash jug that we've been collecting, and pet food we're donating to MADACC," said Clark.

Clark said K-9 Agu was just like any other member of MPD, and his service to the community should be remembered. K-9 cookies were for sale, and held a special meaning among the other sweet treats on display.

Support for the K-9 officer was apparent as he was remembered by community members. A large stack of pet food was collected to help other animals being cared for at MADACC. 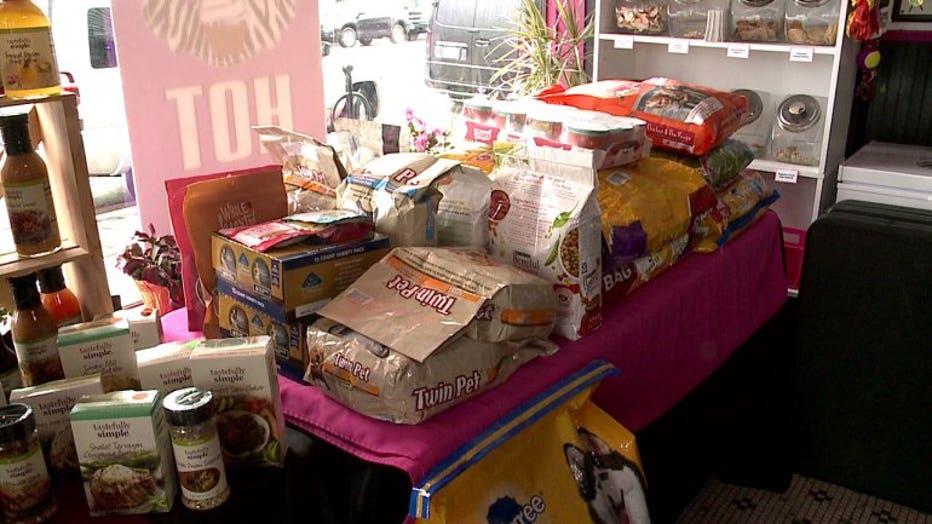 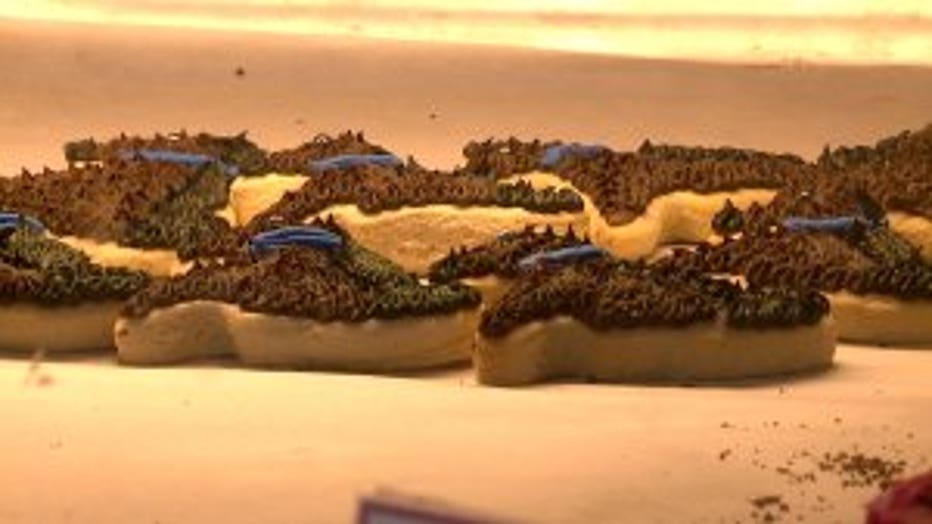 "We've got such a great customer base," said Clark. "Lots of community support."

Agu had been with the Milwaukee Police Department since 2015. He specialized in apprehension, tracking, and narcotics detection.

Clark said they planned to donate at least $500 in his honor. 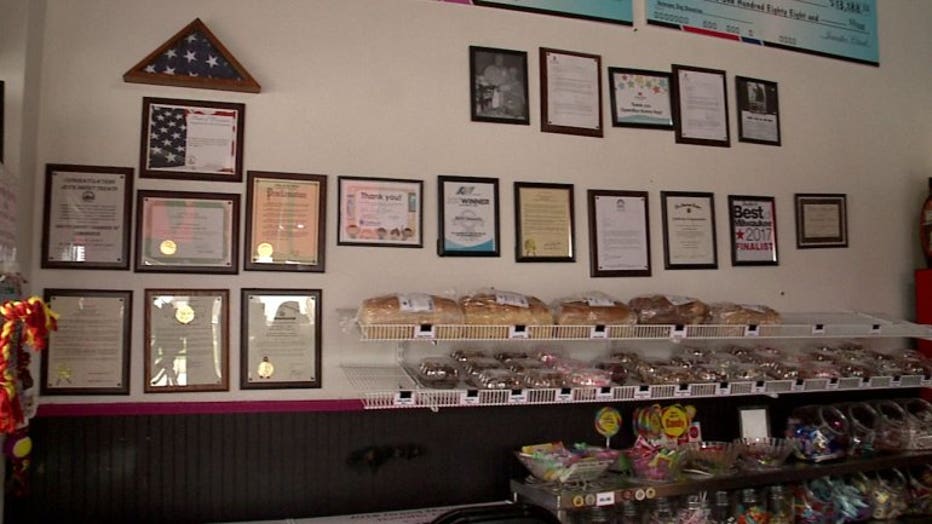