MILWAUKEE -- While state lawmakers continue to discuss the building of a new Milwaukee Bucks arena in downtown Milwaukee, and work to pass its funding plan, real estate and construction leaders are pushing to get shovels in the ground sooner, rather than later.

As lawmakers debate the merits and downfalls of the arena funding plan unveiled by Governor Scott Walker and others in Madison earlier this month, some are saying this isn't just about professional basketball. It's about being able to market Milwaukee. 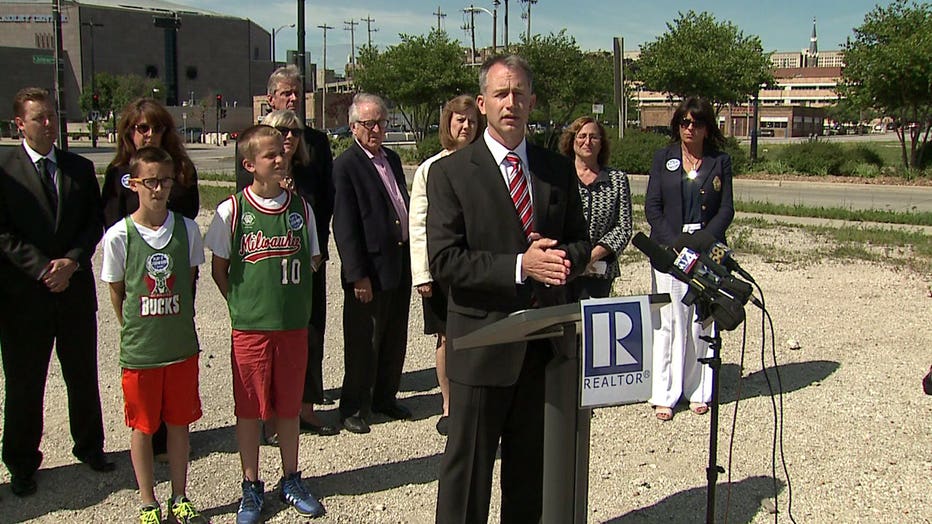 "Realtors don't just sell bricks and mortar. They sell the community and the center of our community has got to be a vital downtown," Betsy Head with the Greater Milwaukee Association of Realtors said.

A group of real estate and construction leaders teamed up Wednesday, June 17th to call for an arena funding deal to be finalized, so the state can start seeing the ripple effects.

"You will take this land around us which is growing weeds and you'll start growing jobs and tax revenue here for the city and jobs for people all around the state," Steve Baas, VP of governmental affairs with the Metropolitan Milwaukee Association of Commerce said.

This group argues a new Bucks arena and sports and entertainment complex will spur both residential and commercial development in the area.

Ken Kraemer represents about 20,000 union construction workers in his role as the executive director of Building Advantage.

Kraemer says unemployment in the field hit 30% about five years ago, and they're just starting to bounce back. He sees a new arena as a chance to continue that recovery.

"We're looking forward to this project. Imagine 13 years of construction work for my workers and my contractors," Kraemer said.

Kraemer says because of the scope of this project, workers from around the state would be brought in to help.