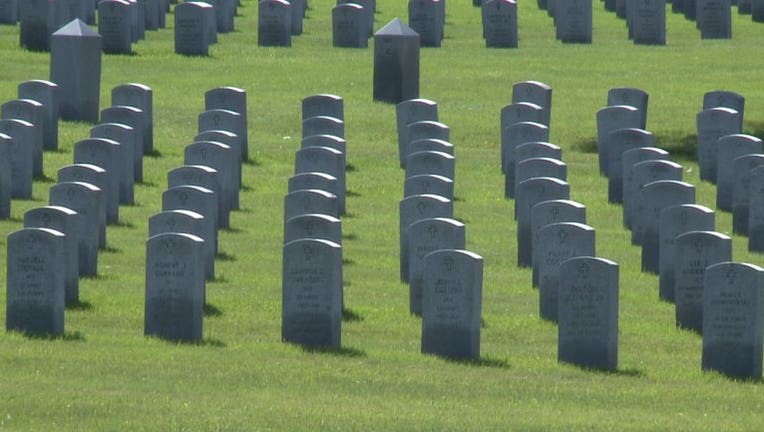 UNION GROVE, Wis. - The coronavirus pandemic and staffing shortages have caused long delays for burials at the Southern Wisconsin Veterans Memorial Cemetery in Union Grove, according to state officials.

Families are waiting at least six weeks to bury their loved ones. Wisconsin Department of Veterans Affairs cemetery director Gary Dierks says burials are booking into the second week of November.

Many families who chose to delay services for their veterans during the first few months of the pandemic are now choosing to hold them.

Veterans Affairs says the number of services each day have been increased, but they are still trying to catch up.

State Sen. Van Wanggaard, who represents the area, says they are requesting help from the federal government to try to refill the vacant positions.

FOX6 News got a look at what life is like for students confined to their dorm rooms for two weeks at UW-Madison amid a COVID-19 outbreak.

Officials said plans will be reviewed as quickly as possible. An updated list of approved bars and restaurants will be released on Friday, Sept. 18.