Britain's busiest airport said Tuesday that it's setting a limit of 100,000 passengers that it can handle each day through Sept. 11. The restriction is likely to result in more canceled flights even after airlines already slashed thousands of flights from their summer schedules.

U.K. aviation authorities demanded that airlines ensure they can operate without disruption over the summer, with carriers not punished for not using their valuable takeoff and landing slots. They were responding to chaotic airport scenes as passengers complained about long lineups at security, lost luggage and lengthy flight delays. 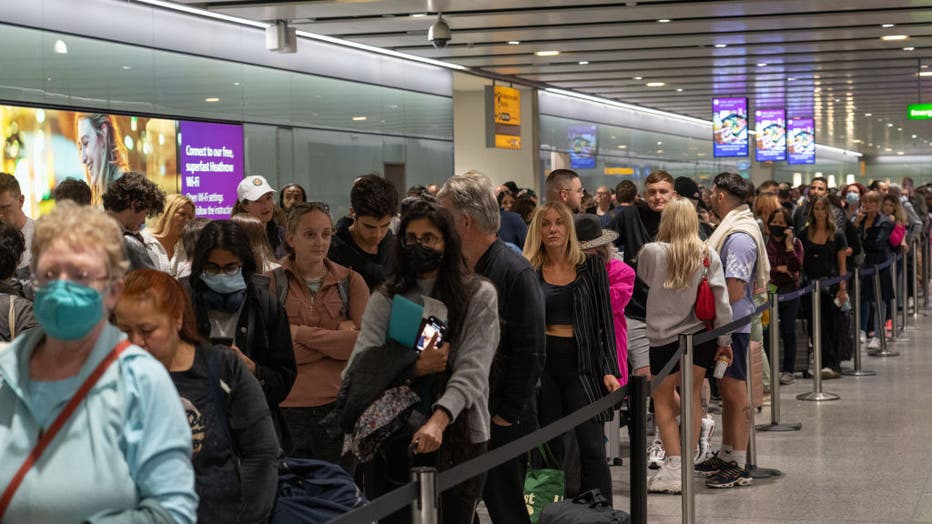 Travellers wait in a long queue to pass through the security check at Heathrow on June 1, 2022 in London, England. (Photo by Carl Court/Getty Images)

RELATED: Flight attendant bluntly shares travel tips: ‘We will not help you if you are mean’

Even with that allowance, Heathrow, which had warned a day earlier that it may ask airlines to cut flights further, said it still expected more passengers than airport ground staff could handle.

"Some airlines have taken significant action, but others have not, and we believe that further action is needed now to ensure passengers have a safe and reliable journey," Heathrow CEO John Holland-Kaye said in an open letter to passengers.

Airlines are expected to operate flights over the summer with an overall daily capacity of 104,000 seats, or 4,000 more than Heathrow can handle, the airport said. Only about 1,500 of the 4,000 extra daily seats have been sold to passengers.

"So we are asking our airline partners to stop selling summer tickets to limit the impact on passengers," Holland-Kaye said. 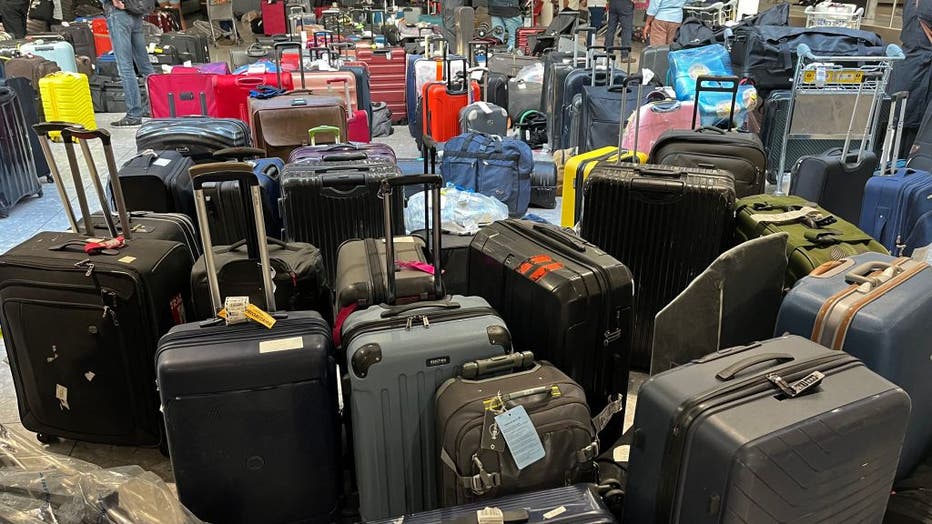 British Airways, the airline with the biggest presence at Heathrow, has already cut 11% of its scheduled flights between April and October. It didn't respond to a request for comment Tuesday on whether it would cancel more.

Virgin Atlantic, which is also based at Heathrow, said it's "ready to deliver its full schedule this summer" but supported the airport's "proactive measures" to reduce disruption, as long they don't have an outsized impact on its home carriers.

Booming demand for summer travel after two years of COVID-19 travel restrictions have overwhelmed European airlines and airports that had laid off tens of thousands of pilots, cabin crew, check-in staff, ground crew and baggage handlers amid the depths of the pandemic.

Heathrow has said it started a recruiting drive in November and expects security staffing to be back to pre-pandemic levels by the end of July.

"However, there are some critical functions in the airport which are still significantly under-resourced, in particular ground handlers, who are contracted by airlines to provide check-in staff, load and unload bags and turnaround aircraft," making it a "significant constraint" to overall capacity, Holland-Kaye said.