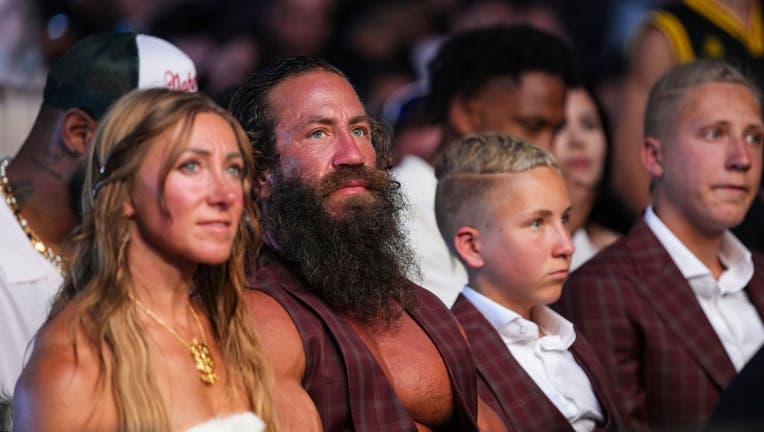 Fitness influencer Brian "Liver King" Johnson has been hit with a $25 million class-action lawsuit claiming he used deceptive marketing to hawk his products now that the social media influencer has come clean about using steroids to develop his muscle-bound physique.

The complaint filed in New York against Johnson, 45, and his companies, Ancestral Supplements, LLC and The Fittest Ever, LLC, accuses the defendants of misleading consumers with the Liver King's claims that he owed his buff body to consuming copious amounts of raw offal rather than his recently-disclosed steroid habit.

Cotter Law Group, which filed the suit, told FOX Business in a statement it "is dedicated to holding Brian Johnson a/k/a ‘Liver King’ and his affiliates accountable for their deceptive business practices and for misleading consumers nationwide."

Although the class action has only one plaintiff so far, the law firm says it is already hearing from others who want to join and received "numerous inquiries about additional prospective" class-action suits against the defendants.

The suit filed Wednesday accuses Johnson of pushing "a dangerous and life-threatening diet" of uncooked organ meats and testicles that caused "a large portion of consumers who relied on [his] misrepresentations" to suffer from "severe and other foodborne illnesses."

It goes on to say "Liver King persuaded millions of consumers to adhere to, or abide by" the diet "by repeatedly making representations to consumers that his near-perfect physique, and optimal health, were solely attributed to his adoption of the Ancestral Tenets" he promoted.

Johnson confessed to his followers in early December that he uses steroids after a journalist released emails from the body builder in which he admitted to being on an $11,000-a-month steroid regimen.

Ancestral Supplements did not immediately respond to FOX Business' request for comment from the company and Johnson.

GET UPDATES ON THIS STORY AT FOXBUSINESS.COM