BAYSIDE -- A Bayside Police officer was just feet away from a power line that exploded because of high winds on Wednesday.  His body camera caught the whole thing.

The explosion happened Nov. 27 -- the night before Thanksgiving -- and was likely caused by a branch that was blown onto the lines by powerful winds. 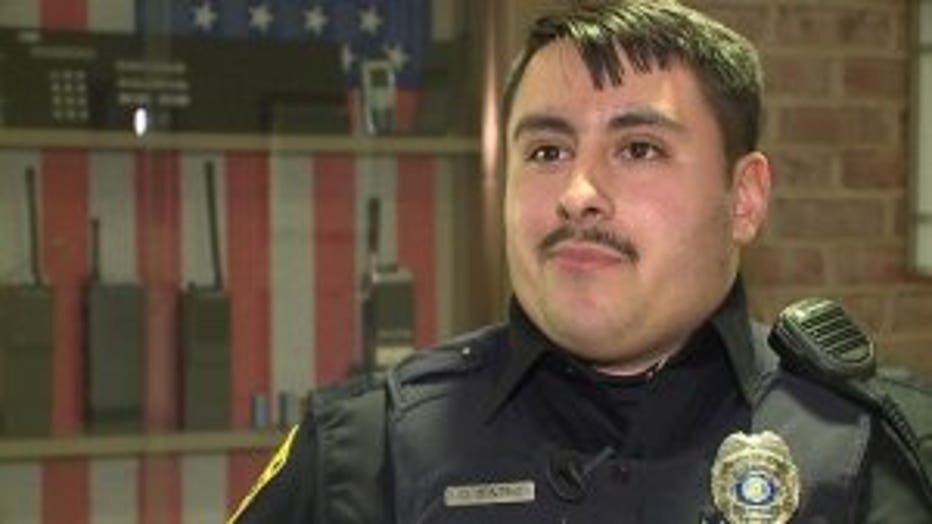 "You're thankful no one gets hurt or there's any fire that spreads to a tree, but it did knock out all the power -- even the power to the station for a bit. Thankfully, it's all on now," said Officer David Bunting, who's body camera caught the video.

Bunting said it was: "like nothing I've ever seen before. It was cool, though. It looked like fireworks."

It wasn't just Bayside's power affected by Wednesday's weather. We Energies crews worked throughout the night and most of the day to restore power to people all over Southeast Wisconsin. They say winds alone don't cause outages and explosions like these.

"Our equipment is rated much higher than 60 miles per hour winds. What it's not rated for is a tree branch or tree coming down and hitting it," said We Energies' Brendan Conway.

The power is running again around Southeast Wisconsin. Now, crews are working north of the Green Bay area to get everyone back online Thanksgiving night.