FRANKLIN/HARTLAND -- Wisconsin lawmakers on Sunday, May 21st were back from Washington -- and they faced some hard questions, including one some protesters were "dying" to have answered. What will happen to their health care? 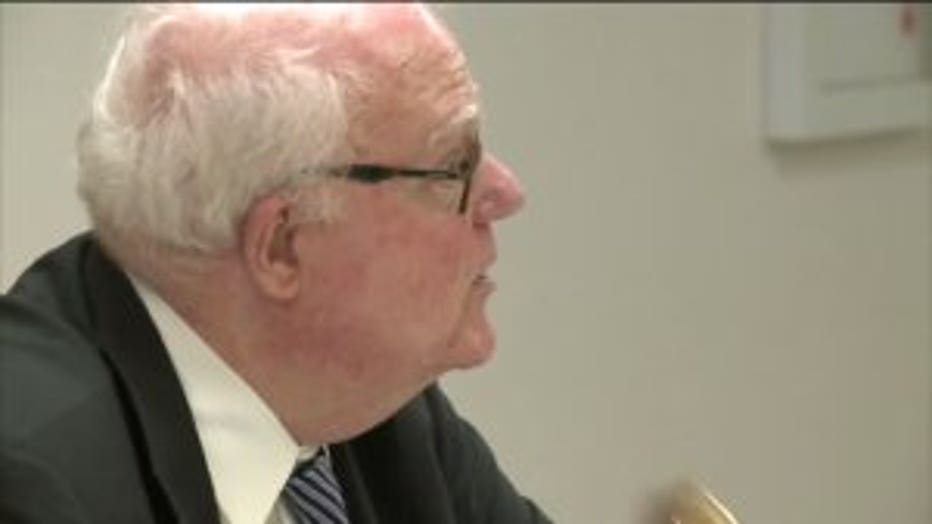 Congressman Sensenbrenner pointed out this was his 76th since he took office.

At Hartland's Village Hall Sunday, a makeshift graveyard appeared, all in the name of health care.

"We really want to dramatize the issue because Trumpcare really is a life and death issue," a protester said. 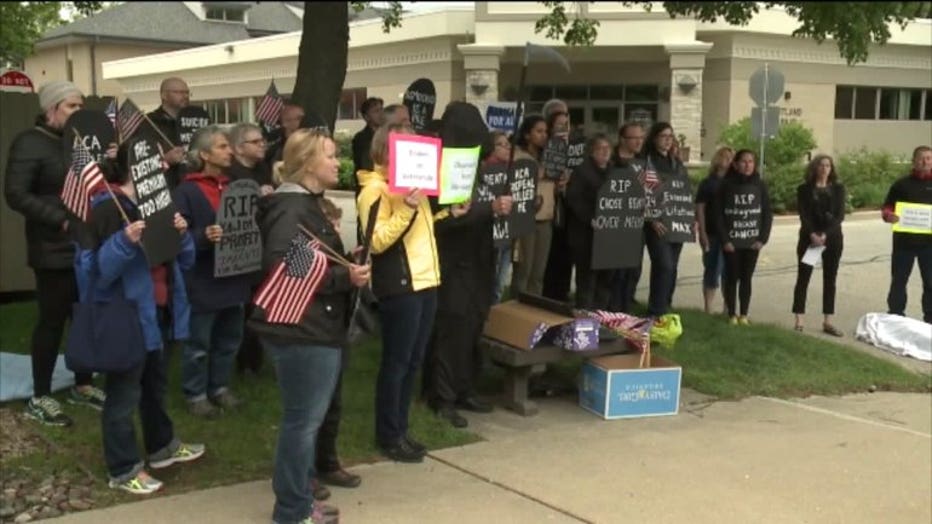 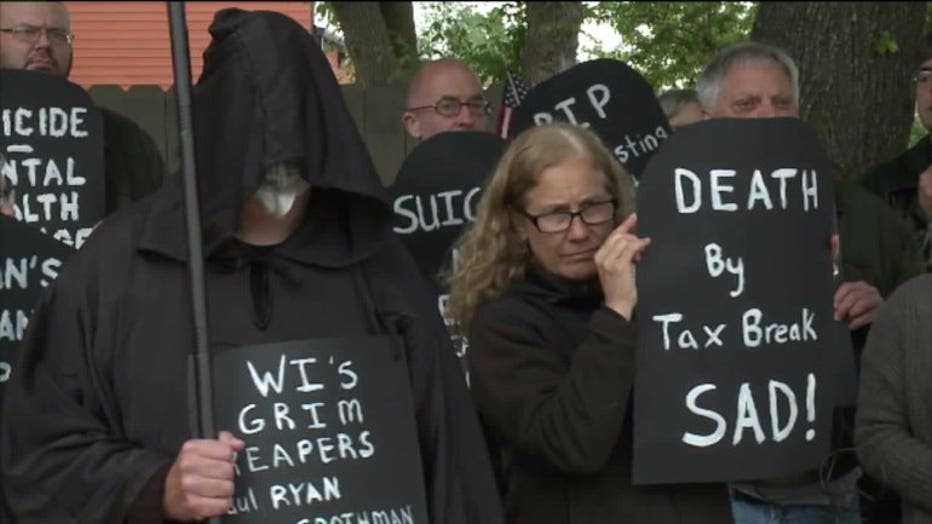 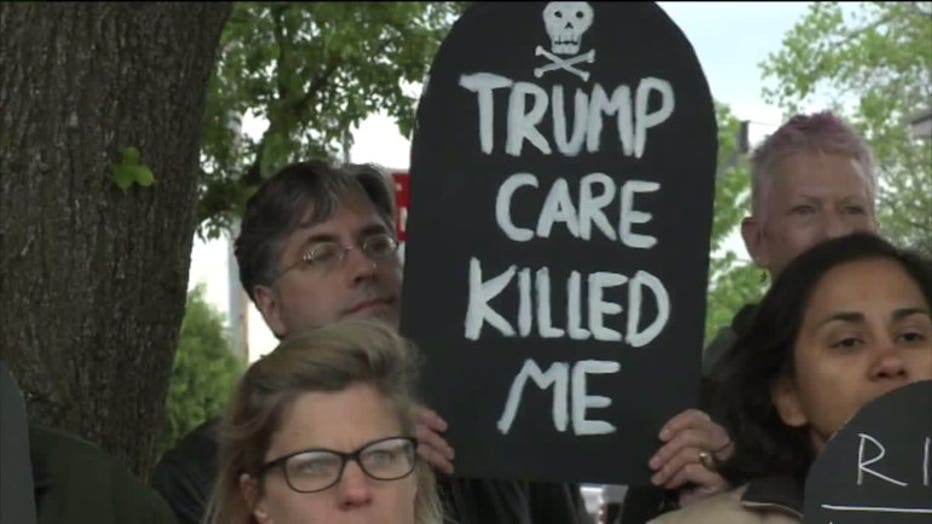 "We're one of the only countries that doesn't have universal, affordable health care for everybody," a protester said.

"I think it's absolutely hilarious," a Sensenbrenner supporter said.

Inside, in a format where constituents could ask about anything, health care still dominated the conversation. 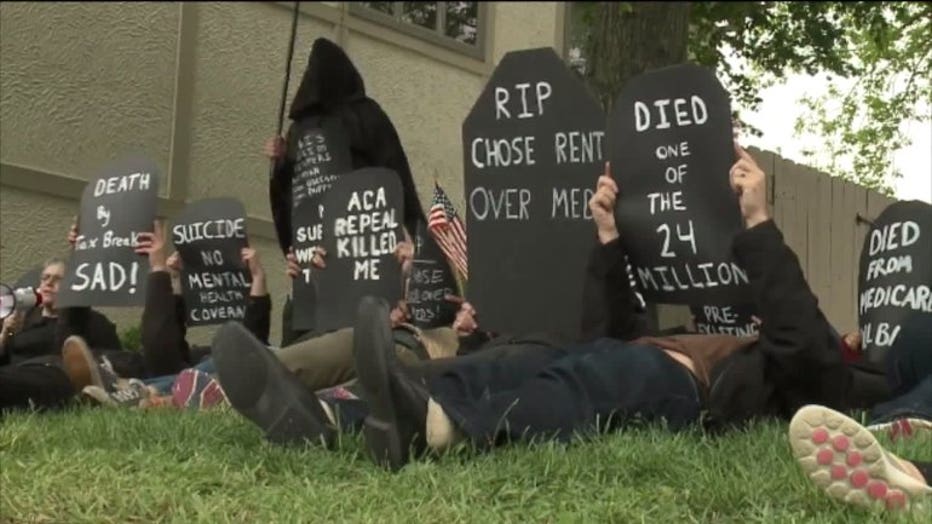 "We're going to be seeing a double digit increase in premiums in Wisconsin. It hasn't happened yet," Sensenbrenner said.

Sensenbrenner voted with a majority of House Republicans on the plan to repeal and replace the Affordable Care Act. The controversial plan now heads to the Senate. 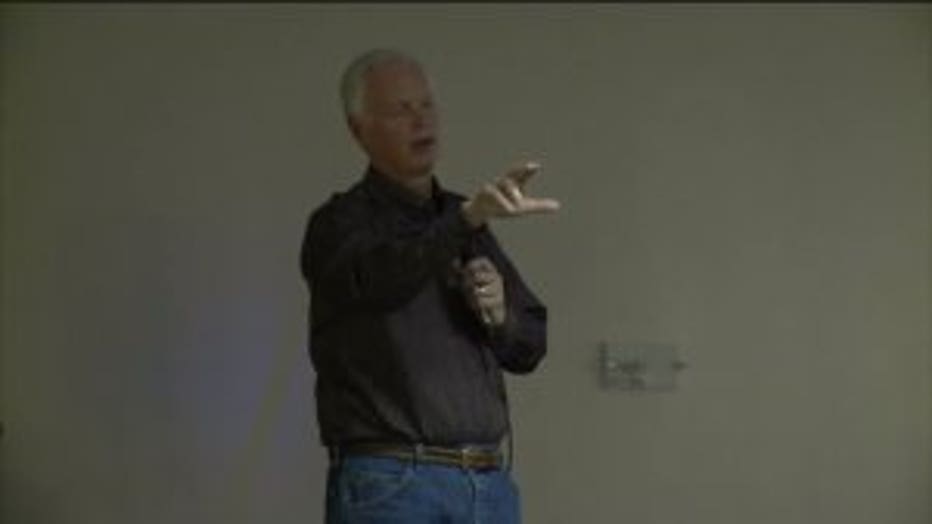 In Franklin, the "Wisconsin GrandSons of Liberty" hosted a town hall for U.S. Senator Ron Johnson Sunday, May 21st.

The event was held at the Root River Center in Franklin. Tickets were required.

Senator Johnson promised there will be no rushed votes on Trumpcare.

"Let's recognize reality. We're running out of time to stabilize markets for 2018, and by the way, it is true in Wisconsin -- individual market premiums have at least doubled, if not tripled. What I'm trying to do in the Senate is slow the process down," Johnson said. 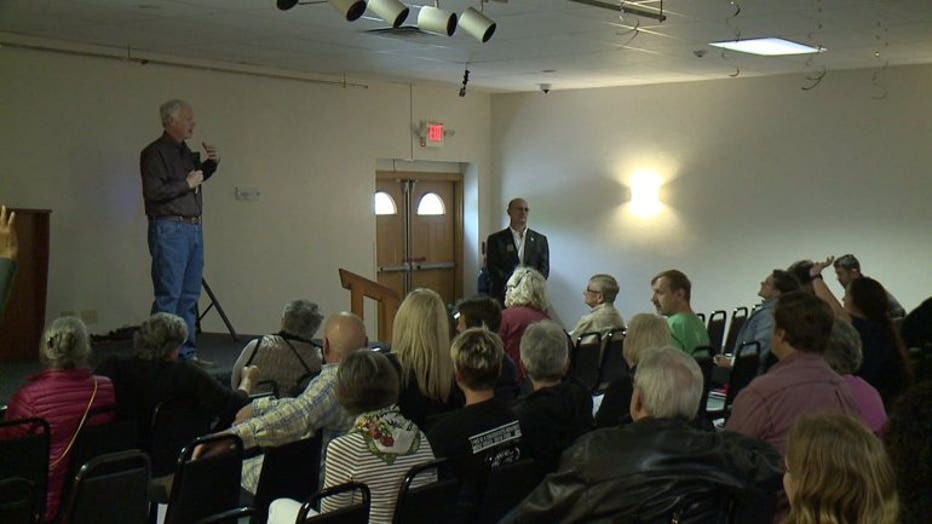 Meanwhile, the debate rages on, both during town hall events, and in living rooms across Wisconsin, and the country.

Overall, these town hall meetings were civil, but clearly, there was a stark difference of opinion, and while many topics were covered, health care was clearly priority number one.