Lawyers for president of UWM TKE frat: There was no date rape, no drugging; UWM police to blame

Lawyers for president of UWM TKE frat: There was no date rape, no drugging; UWM police to blame

MILWAUKEE (WITI) -- A UW-Milwaukee fraternity got into big trouble last year after allegations surfaced that some of its members might have been slipping date rape drugs into drinks at house parties. Now, the president of that fraternity is saying: There was no date rape. There was no drugging. UW-Milwaukee made it all up. 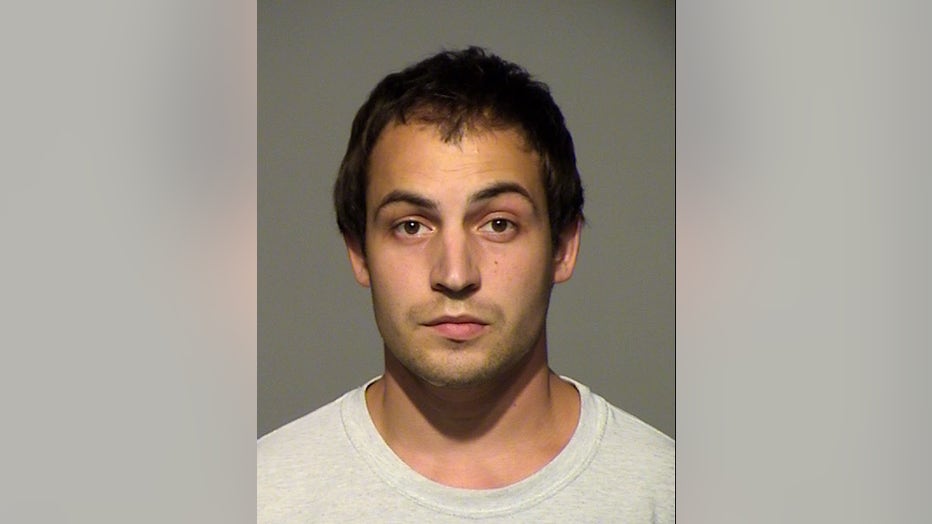 Thomas Kreinbring, the 28-year-old president of the Tau Kappa Epsilon fraternity is the only fraternity member who has been charged with a crime for what happened at a fraternity party last September. Police say they found marijuana and some adderall that he didn't have a prescription for in his room. Now, his lawyers are saying his constitutional rights were violated and the UW-Milwaukee Police Department is to blame.

Kreinbring's lawyers are calling it a "sinister theory" of mass date raping and drugging -- a mere rumor.

After a house party last September that left four students in the hospital for overintoxication, Kreinbring was arrested for possession of marijuana and illegally-obtained prescription drugs and for operating a drug house.

On Wednesday, February 18th, Kreinbring's lawyers filed three motions to suppress the evidence against him, claiming UWM police had violated his constitutional rights by filing bogus search warrants. They say the female students who ended up in the hospital that night weren't drugged or raped. They were just really drunk. And even though a doctor told police the students didn't initially appear to be drugged, police continued, without reason, to look for evidence of date rape.

As for Kreinbring, his lawyers say UWM police had no right to search the off-campus fraternity house because it was off campus, and anything they found should be inadmissible in court.

"Based on our investigation, it is clear the campus police acted outside of the law in their single-minded pursuit of the young men at the TKE fraternity. No police agency is above our constitution no matter the controversy."

In January, a FOX6 investigation revealed three additional students came forward back in 2013 -- a year before the house party in question. Those students reported they had been drugged and raped by TKE fraternity members.

Kreinbring's lawyer says guilt by association didn't give the police a legal reason to search Kreinbring's bedroom in the fraternity house.

UWM officials said they cannot comment on the case or the actions of its police officers.