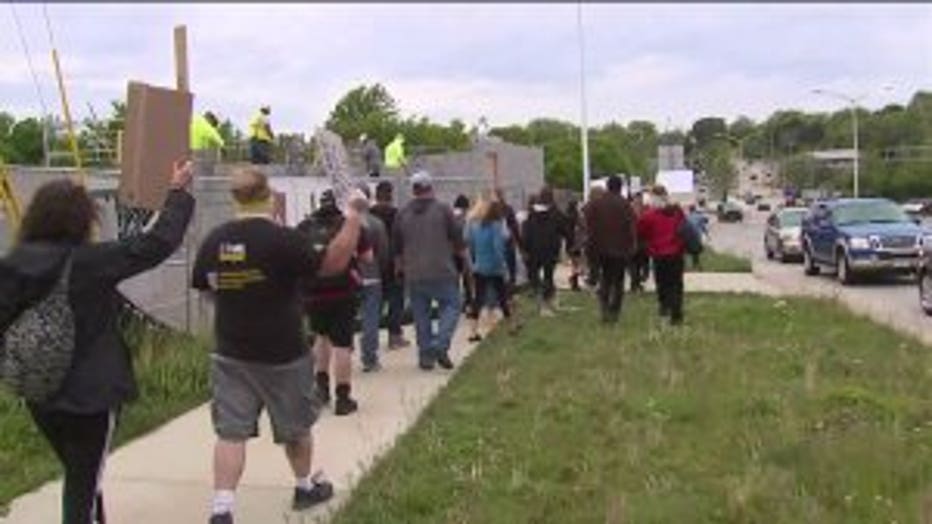 WAUKESHA -- Hundreds gathered in Waukesha on Monday, June 1 -- protesting the officer-involved death of George Floyd in Minneapolis on Memorial Day. The group marched through the city, with a stop at the Waukesha County Courthouse, and continued through residential neighborhoods downtown -- and at one point, law enforcement knelt with the protesters. 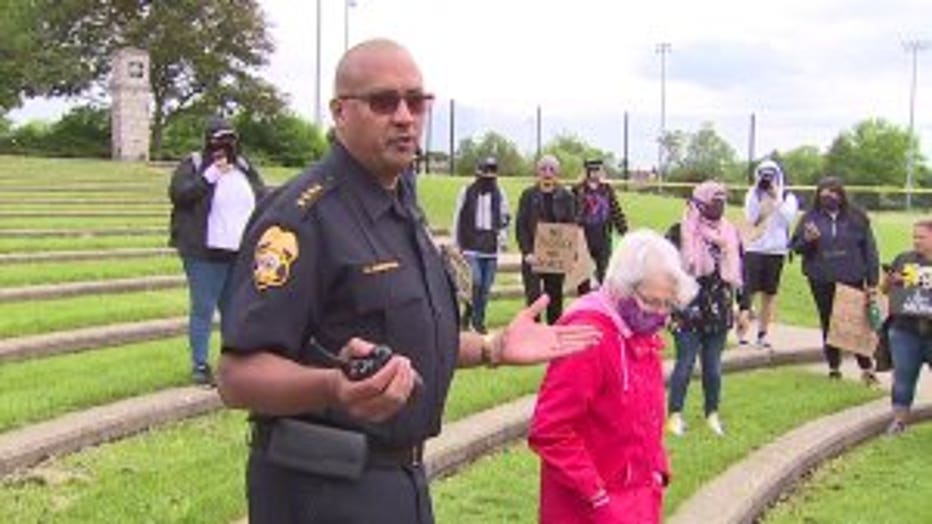 The Waukesha police chief addressed the crowd before they departed Frame Park after gathering around 11 a.m. He indicated police wanted to help them with this march -- to keep the group safe. He also noted police brutality is not tolerated in his department.

Protesters said they wanted to demonstrate against police brutality and racial inequality across the country.

During the march, the names of Floyd and others who have died in police custody were read.

The organizer of the demonstration described what it was like to see the "Black Lives Matter" message spread through the city.

"It's beautiful to see so many colors, and creeds, and people out here without burning a city down, without throwing rocks at officers or have officers tear gas us," said Waukesha Police Chief Daniel Thompson. "That's a beautiful thing if we can all come out here, and be peaceful, and get our message across. I feel the world can move in a better place. We are part of the community. We don't accept police brutality. It is unacceptable."

The protest continued until about 4 p.m. 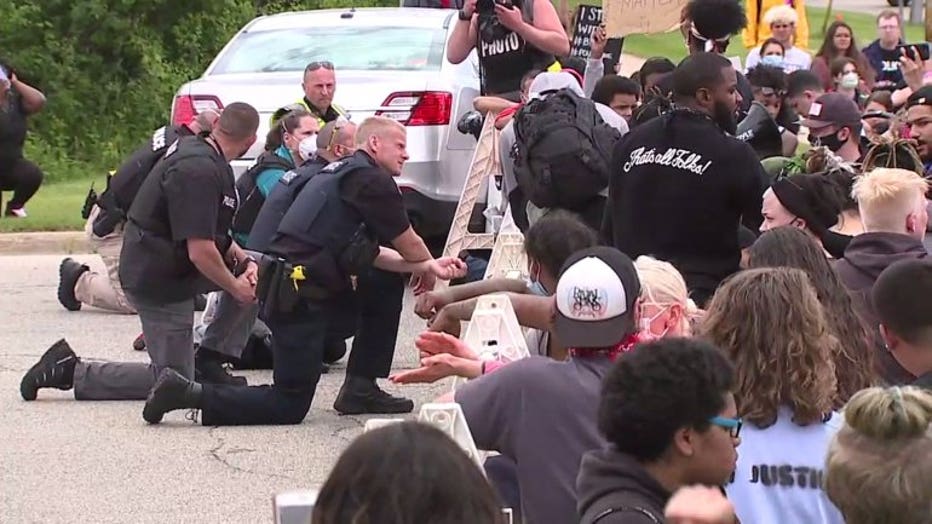 "To those who exercised their First Amendment right to protest and to peacefully assemble in Waukesha today, I want to thank you. I thank you for never wavering on your message and I thank you for working with our Police Officers so that the protest was safe and peaceful. I understand that you want to be heard. That you are demanding change. That you are angry because of a lifetime (and more) of inequality and injustice.

"I, along with most people that witnessed the death of George Floyd felt my soul ache with sorrow. I do not condone police brutality. The Waukesha Police Department does not condone Police brutality. Hopefully each of you that marched today recognized that Waukesha is much more diverse than commonly perceived.

"As a City, we remain committed to supporting a well-trained Police Department that operates with the highest levels of integrity, service, and courage always. The Police Department is and will continue to work to build strong relationships with all members of our community. I am very proud of the Waukesha Police Department today. Every officer was present in every sense of the word.

"They did their job to keep everyone safe from harm and they made sure that the peaceful protest was able to cover much of the city over most of the afternoon. I am so grateful that today’s protest in Waukesha was peaceful. I thank the organizers of the protest and those who marched today. I hope that today’s protest can serve as a model going forward. We all deserve the right for our voices to be heard and those who wanted to make their voices be heard were able to do that. As Mayor, along with our Police Officers and all other City employees, we remain dedicated to serving the needs of all our community." 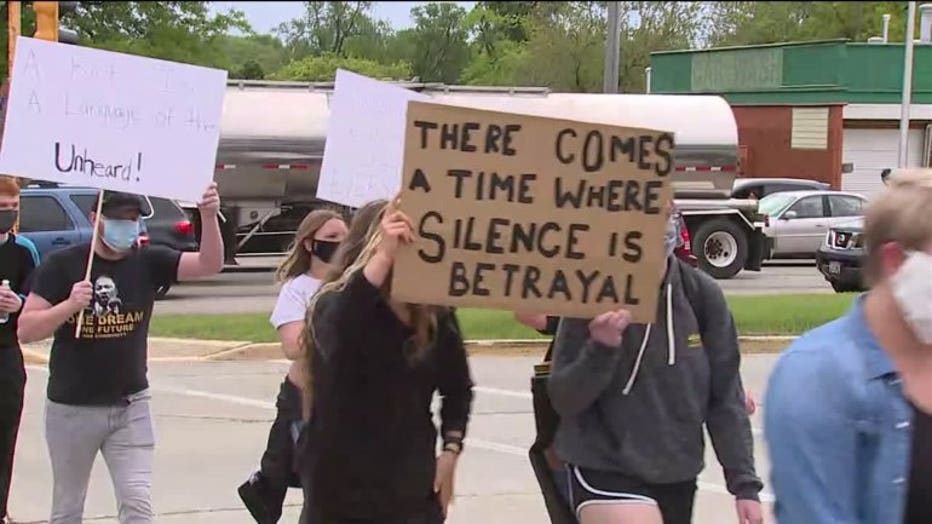 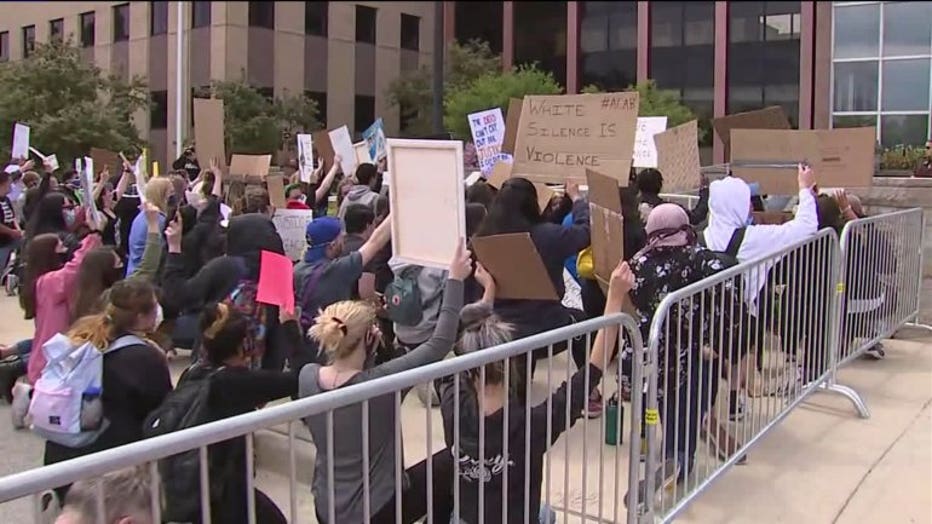 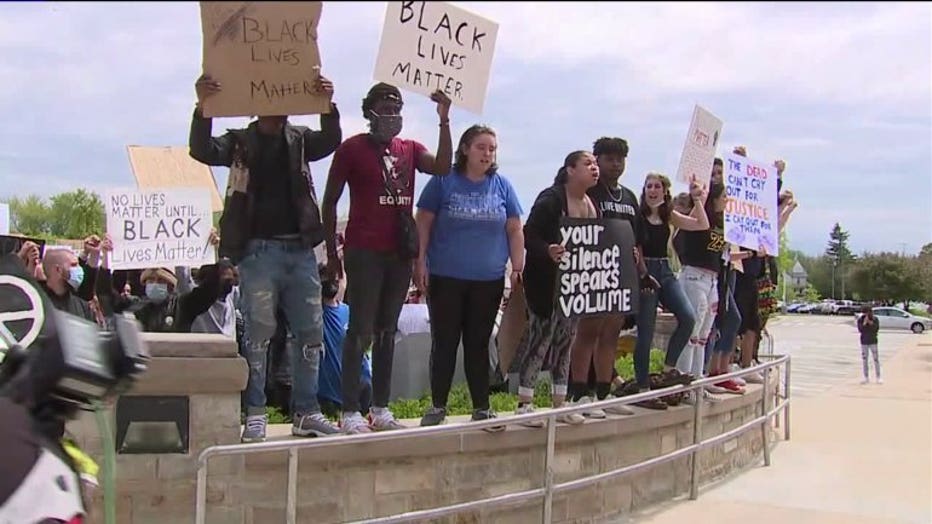