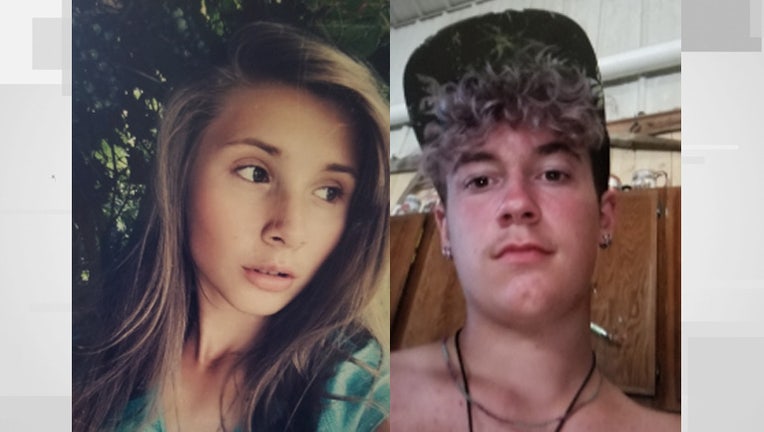 LAFAYETTE COUNTY - The Lafayette County Sheriff's Office asked for help locating two teenagers reported to have been last seen around 2:30 a.m. on Friday, Aug. 7. In an update Wednesday morning, Aug. 12, sheriff's officials announced the two had been found safe.

Katherine Heimann, 16, was reported to have been last seen at her Gratiot home in Lafayette County, which is in southwestern Wisconsin.

Officials said Alexander Rogers left his residence in McHenry, Illinois and went to Heimann’s residence south of Gratiot, Wisconsin and picked her up at around 2:30 a.m. on Friday.

Again, both have been found safe. Thanks for helping to spread the word!