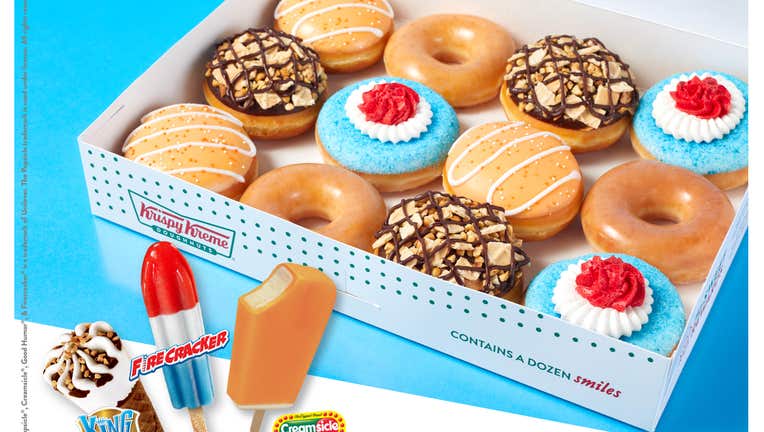 LOS ANGELES - Krispy Kreme is taking over the Summer. Not only have they unveiled new flavors of ice cream, but they have most recently announced they are churning out a collection of ice cream truck doughnuts.

The doughnut giant’s latest series is inspired by the iconic flavors of Popsicle and Good Humor's beloved ice cream brands.

The donuts come in three delicious flavors including:

Vanilla King Cone Inspired Doughnut: A doughnut filled with vanilla custard Kreme™, dipped in chocolate icing, and topped with a blend of sugar cone pieces and chopped peanuts with a drizzle of chocolate icing.

Creamsicle® Inspired Doughnut: A doughnut filled with vanilla custard Kreme™, dipped in Creamsicle® flavored icing and topped with a drizzle of icing and mini sprinkles.

"Should a doughnut really taste like a Creamsicle? Yes. Yes it should." Dave Skena, Global Chief Brand Officer for Krispy Kreme, said in a news release. "And we didn't stop there as we doughnutized some of America's favorite frozen treats this summer."