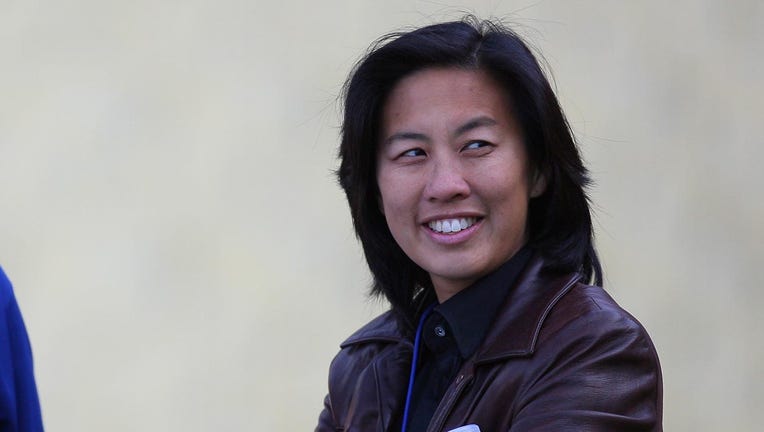 A file image shows Kim Ng as assistant general manager of the Los Angeles Dodgers before a game against the Boston Red Sox at Dodger Stadium in Los Angeles, California. (Photo by Larry Goren/Icon SMI/Icon Sport Media via Getty Images)

MIAMI - The Miami Marlins have hired Kim Ng as the team’s general manager, making her the first female GM in the history of Major League Baseball.

The team announced the move on Friday, saying Ng has been “making history by bringing a lifetime of excellence.”

She broke into Major League Baseball as an intern and has 21 years of big league experience in the front offices of the Chicago White Sox (1990-96), New York Yankees (1998-2001) and Los Angeles Dodgers (2002-11). She spent the past nine years with MLB as a senior vice president.

“After decades of determination, it is the honor of my career to lead the Miami Marlins,” Ng said in a statement. “When I got into this business, it seemed unlikely a woman would lead a major league team, but I am dogged in the pursuit of my goals. My goal is now to bring championship baseball to Miami.”

Marlins CEO Derek Jeter played for the Yankees when Ng worked for them.

“We look forward to Kim bringing a wealth of knowledge and championship-level experience to the Miami Marlins,” Jeter said in a statement. “Her leadership of our baseball operations team will play a major role on our path toward sustained success. Additionally, her extensive work in expanding youth baseball and softball initiatives will enhance our efforts to grow the game among our local youth as we continue to make a positive impact on the South Florida community.”

Ng (pronounced Ang) has worked with teams who made the playoffs eight time and won three World Series titles. She becomes the fifth person to hold the Marlins' top position in baseball operations, and succeeds Michael Hill, who was not retained after the 2020 season.