MILWAUKEE -- A project to rehabilitate the Kilbourn Avenue Tunnels at I-43 begins Monday, April 8. To facilitate this work, officials said full closures of the tunnels would be required.

Beginning April 8, the north tunnel (I-43 northbound entrance ramp from Kilbourn Avenue) will be fully closed to traffic until June.

The south tunnel (I-43 northbound exit ramp to Kilbourn Avenue) will be fully closed to traffic from June through October. 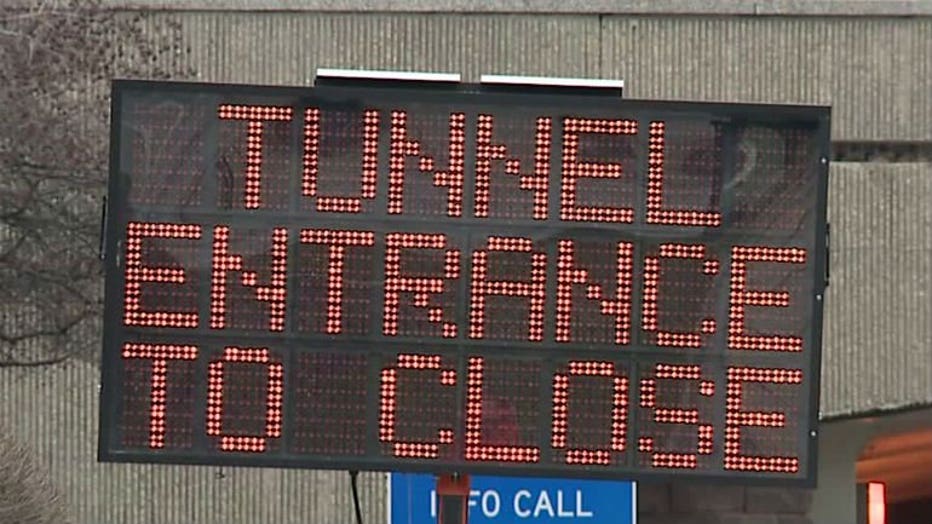 Posted signs will direct motorists to use the Fond du Lac/McKinley I-43 entrance/exit and North 6th Street.

"There will also be some adjacent closures affecting the sidewalks, the pedestrian ramp and the parking structure next to the ramp. To minimize construction impacts, we're only doing a closure of one ramp closure at a time," said Brian DeNeve, spokesman for the City of Milwaukee Department of Public Works.

Work on the underground tunnels will consist of replacing leaking expansion joints in both tunnels and replacing a portion of the tunnel ceiling in the south tunnel.

The work will also require short term closures that will affect access to the pedestrian ramp from MacArthur Square Plaza, the parking garage stair from North James Lovell Street, and sidewalk on North 9th Street from West State Street to West Wells Street. The schedule is staged as to minimize these parking and pedestrian construction impacts as much as possible.