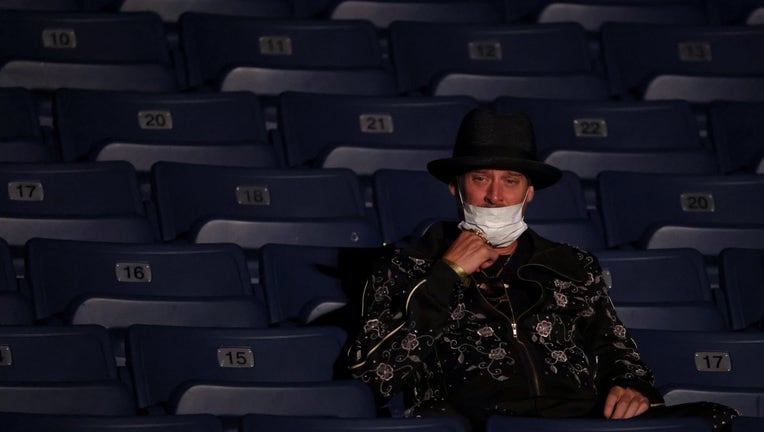 The musician was seen sitting in the seats at Belmont University in Nashville with golfer John Daly, who also tweeted a photo.

Kid Rock has been a vocal supporter of the president for years, even making appearances in the White House during Trump's first few years as president.

Thursday's debate was the final one between the two presidential candidates and is the second in-person debate to take place this election cycle.

The matchup was vastly different than past debates in order to curtail interruptions between candidates, and also because of several positive COVID-19 diagnoses among White House staff members earlier this month, which prompted additional safety regulations.

It featured two large plexiglass shields placed in front of the candidates’ lecterns to reduce the risk of coronavirus transmission on stage. The candidates will appear on stage exactly 12.25 feet apart, and all audience members were required to wear masks.

Kid Rock and Daly were seen photographed sitting in their seats sans face masks before the debate began. They were reportedly approached by an employee and handed fresh masks to wear. 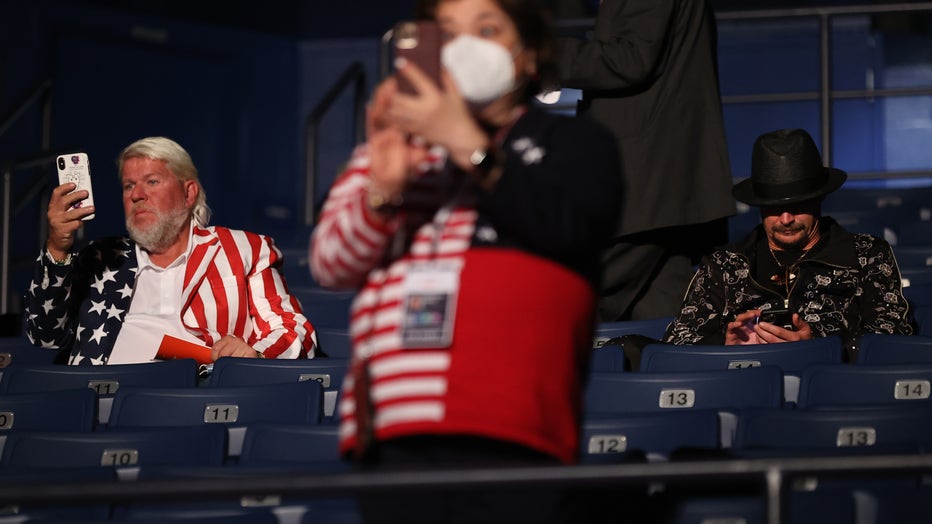 NASHVILLE, TENNESSEE - OCTOBER 22: Kid Rock (R) and John Daly take their seats without wearing masks, prior to being asked to wear them, at the final presidential debate between U.S. President Donald Trump and Democratic presidential nominee Joe Bide 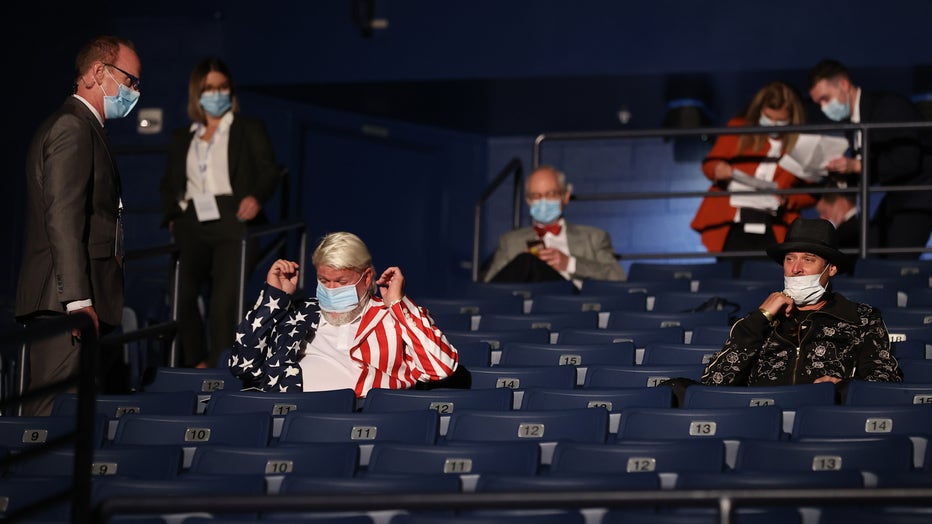 Thursday night’s event was moderated by NBC’s Kristen Welker and was scheduled to last 90 minutes, with no commercial breaks. The six topics, chosen by Welker and announced Friday, include the COVID-19 pandemic, American families, race in America, climate change, national security and leadership.