MILWAUKEE (WITI) -- The kick-off ceremony for the USS Milwaukee (LCS 5) was held on Tuesday morning, February 11th at Milwaukee's Discovery World Museum. The ship will be commissioned in spring 2015.

The USS Milwaukee (LCS 5) is part of a new breed of U.S. Navy combat ships designed for littoral, or coastal, missions.  The crew can operate the ship in shallow water and maneuver at high speeds. 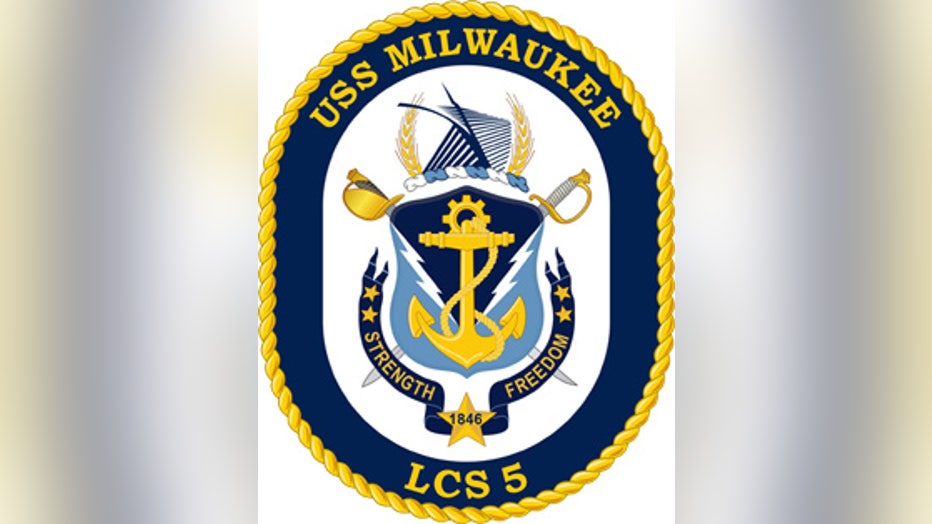 Crest of the USS Milwaukee

This is the fifth USS Milwaukee to be commissioned, but the first to be built in Wisconsin.  USS Milwaukee ships have served in the Civil War, World War II, and the Vietnam War.

In 1939, USS Milwaukee discovered the “Milwaukee Deep,” which is the deepest spot in the Atlantic Ocean.

Its crest bears the Milwaukee Art Museum, the Calatrava, blue for Lake Michigan, and symbols depicting the hard work and industry of the Milwaukee area.

Between now and the time it is commissioned, in Spring of 2015, there is a lot to do. Including getting the now 40 member crew ready.

"We have a huge job ahed of us and we need to be physically fit to do what we have ahead of us," said Commander Michael Brasseur, U.S. Navy Commanding Officer. "And we are going to breathe life into this warship. And our crew will be a reflection of this city."

Gov. Scott Walker attended the event as well, drawing attention to the number of crew members.

"The real cost is the men and women who man that ship so we can make the argument that this is a much more efficient use of taxpayer dollars on a federal basis," said Gov. Walker.