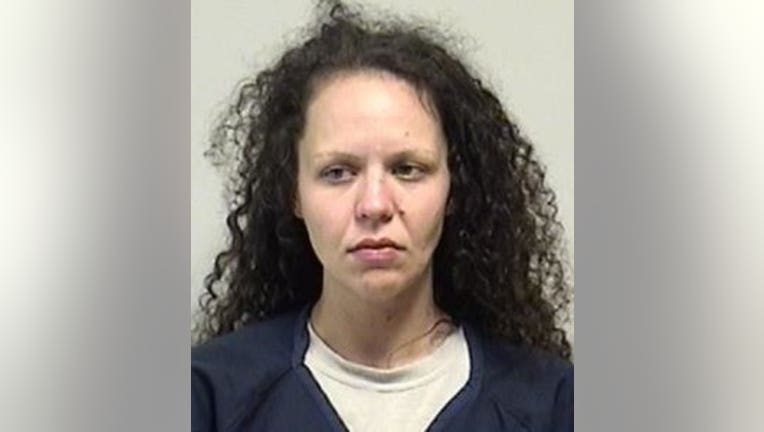 KENOSHA COUNTY -- Virginia Leslie of Florence, Kentucky faces multiple criminal charges after an incident that unfolded in the parking lot at the Bristol Renaissance Faire on Sunday, July 21. Leslie, 30, is charged with the following:

According to the criminal complaint, deputies were dispatched to the Bristol Renaissance Faire around 7:45 p.m. Sunday for a report of a fight. When the deputies arrived on the scene, they were met by a security guard who indicated "he was slapped hard by a female wearing a flannel shirt." That woman was later identified as Leslie.

The security guard told the deputies he saw Leslie "on top of another female striking her." When the guard approached to separate the two women, "the defendant slapped him in the face." The security guard said Leslie later "apologized for hitting him." But the guard said the "defendant was screaming constantly and even after being separated, she still ran up and tried to kick another female that was in the verbal argument."

The complaint indicates one of the woman who alleges she was attacked by Leslie said "she observed the defendant yanking on a child's arm in a violent way, and after hearing the child scream, she went over to intervene." The woman told deputies she was trying to stop the girl from getting hurt and that Leslie "head-butted her, and the next thing she knew she was on the ground with a bloody nose."

Police spoke with the 11-year-old who had allegedly been yanked by Leslie. The child had a lump by her eye that "was about the size of a golf ball." The girl also had "a fat lip, as well as a purple spot that appeared to be a cut on her lip." Deputies also noted scratches on the girl's arms.

When questioned by deputies, Leslie "was emotional and said she was sorry for hitting the security guard." She indicated she was "dragging" the girl to the car as the child "was not wanting to leave and throwing a fit." Leslie stated after getting to the car, "several women started yelling profanities and flicking her off. The defendant said one of these women punched her in the jaw. The defendant said a security guard grabbed her and that she instinctively 'smacked' him."

Leslie made her initial appearance in Kenosha County court on Monday, July 22. Cash bond was set at $2,000. She is due to be back in court on July 30.